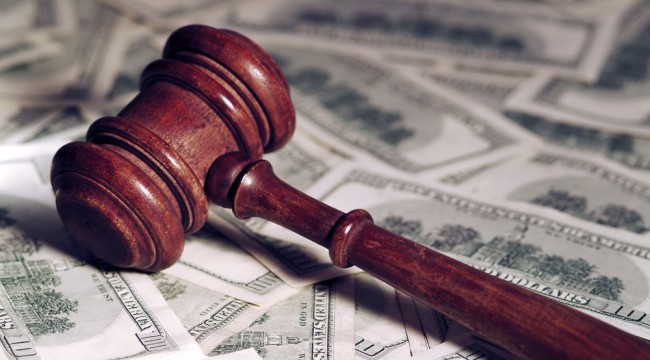 Watch Your Dividends: The Feds Are Coming

Under pressure from Congress, the regulators may require the amount of capital the lenders must hold to be 6% of total assets. The move could force the banks to halt dividend payments.

“Five of the six largest U.S. lenders, including JPMorgan Chase & Co. (JPM) and Morgan Stanley, would fall under the 6 percent level, according to estimates by investment bank Keefe, Bruyette & Woods Inc. That means they would have to retain more of their earnings and withhold dividends to build capital. Only Wells Fargo & Co. (WFC) would meet the higher standard now…

“U.S. banks have had to comply with a simple leverage requirement of 4% for the last two decades. The new version… expands the definition of what counts as assets.”

Most of the largest U.S. banks currently fall under the 6% standard. Wells Fargo, however, holds 7.3%, according to KBW.

Regulators believe the low requirement currently in place leaves banks too deeply leveraged and thus too highly exposed to risk. “The leverage ratio is a good safety tool” says Simon Johnson, a former chief economist at the IMF, “because risk-weighting can be gamed by banks so easily.”

Brace yourself… if politicians get their way, it could get worse. A bipartisan Senate bill introduced in April would set the leverage ratio at 15%. It “would limit an institution’s ability to lend to businesses, hampering economic growth and job creation,” lobbyist Securities Industry and Financial Markets Association said then. A ratio of 10%, suggested by Thomas Hoenig, vice chairman of the FDIC, would mean JPMorgan, Bank of America and Citigroup would all “have to stop distributing dividends for about five years.”

Stocks from these banks are a part of many portfolios and mutual funds. “According to one study,” says our income analyst Neil George, “dividends and other income streams accounted for more than 50% of all realized gains in the S&P 500 over the past 28 years.”

The feds, naturally, don’t care if your nest egg shrinks. All the more reason not to depend on them.

P.S. The email edition of Daily Reckoning includes much more analysis, including responses to reader comments and tweets. It’s free and easy to sign up! Just click here.