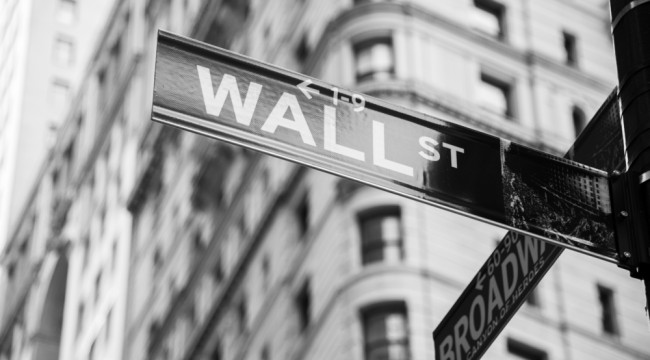 And another clever billionaire says he is looking elsewhere for profits. Reuters:

Activist investor Carl Icahn on Monday said there was a chance the stock market could suffer a big decline, saying valuations are rich and earnings at many companies are fueled more by low borrowing costs than management’s efforts to boost results.

“I am very cautious on equities today. This market could easily have a big drop,” Icahn said.

Yes, dear reader, the smart money is getting out of U.S. stocks. And here’s our old friend Rob Marstrand explaining why:

What’s more, there’s plenty of evidence that the main thing propping up the stock prices is heavy buying by the companies themselves [via share repurchases].

And now, that prop is getting kicked out from under the stock market. Bloomberg:

After snapping up trillions of dollars of their own stock in a five-year shopping binge that dwarfed every other buyer, U.S. companies from Apple Inc. to IBM Corp. just put on the brakes.

Announced repurchases dropped 38% to $244 billion in the last four months, the biggest decline since 2009…

Year after year, the power of the “foxes” grows.

It was the great Italian economist Vilfredo Pareto who noticed – among other things – that no matter what kind of government you think you have, there are always some crafty insiders, the “foxes,” who take control of it.

Policies are set, programs are started… decisions are made… with no consent of the people or their elected officials; the foxes work the angles.

Over time, the forces of law and order become more and more corrupt… as the foxes bend the entire system to do their bidding.

Wars are started with no plan or intention to win them. Money is handed out for no better reason than this: They can get away with it.

And best of all, most people are none the wiser; they believe the myths… and attack anyone who challenges them.

Perhaps the biggest rip-off of all time has taken place over the last eight years – and in plain sight of everybody.

Via the magic of ultra-low rates, the Fed – a nest for the wiliest and most cunning of the foxes – took roughly $8 trillion out of the pockets of savers and retirees and handed it to borrowers.

Who is the world’s biggest borrower?

Yes… it’s the Deep State itself.

The Fed claimed to be helping to “stimulate” the economy. But you can’t really stimulate an economy by stealing from the people who produce wealth and provide it with capital.

Not surprisingly, growth has stalled. Wages have fallen. Productivity has stagnated.

For 95% of the male population, real earnings are lower today than they were in 1973.

Is there any wonder many of these men vote for Donald Trump – a “strong man” who promises to do something about it?

But the top 5% – where the foxes are – gained income. Their wages are up more than 50% over the same time.

Because they take more and more money from the rest of us.