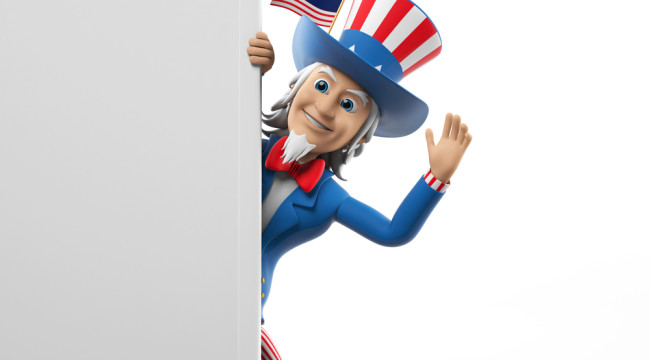 Uncle Sam is Here to Probe You

Yes, the Affordable Care Act is coming… and it’s unlikely congressional Republicans will be able to stop it.

But that won’t stop them from trying… In an effort to kill the law once and for all, the Republican-led house passed a federal funding bill that, in addition to keeping the government running for another fiscal year, would in fact defund Obamacare.

From here the bill will go to the Democrat-led Senate where it’s likely to be voted down and sent back to the House to be re-worked without – the Democrats hope – the provision to defund Obamacare.

Ugh… What a nightmare. Especially if you consider that many young, healthy individuals may decide to simply opt out of the program altogether. Paying the fine for opting out is often less expensive than paying insurance for a year if your income is above the assistance line.

It’s here that some political groups have found an opportunity to sabotage the law once it goes into effect. “Opt out” is the message of Generation Opportunity, a free market non-profit based in D.C. They’ve produced a series of viral videos getting their message across in a way that is… uh… memorable. After a doctor leaves the room, a hideously grinning Uncle Sam emerges seemingly from nowhere to perform unspeakable horrors on unsuspecting young patients.

“What we’re trying to communicate is, ‘No, you’re actually not required to buy health insurance,’ ” Generation Opportunity’s president, Evan Feinberg, told Yahoo News. “You might have to pay a fine, but that’s going to be cheaper for you and better for you.”

Time magazine has balked at the ads, calling them “jarring” and even “insane.”

Also, if you’re ever at a doctor’s office and they remark “oh, you signed up for Obamacare?”… RUN.

P.S. According to some startling new research, President Obama discreetly told health care officials something so shocking it could lead to an an entirely different future for the U.S. health care system. We’re talking something 10 times worse than Obamacare that has grave implications for every single American. Click here now to discover the truth behind this unbelievable new story, why it’s so dangerous, and how you can stop it ruining your financial future.