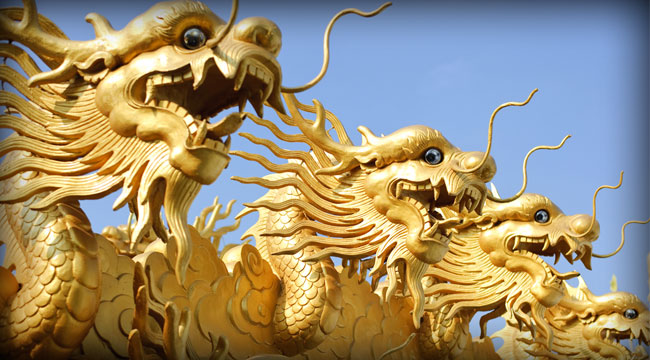 “I would have expected a stronger number,” says Commerzbank analyst Carsten Fritsch, “but that is difficult when not enough gold is available.”

First, the essential background on these obscure but highly revealing figures. If it’s old hat to you, please indulge newer readers for a moment…

In the event, the number fell 44% from March to April, because, as the man from Commerzbank said, “not enough gold is available.” 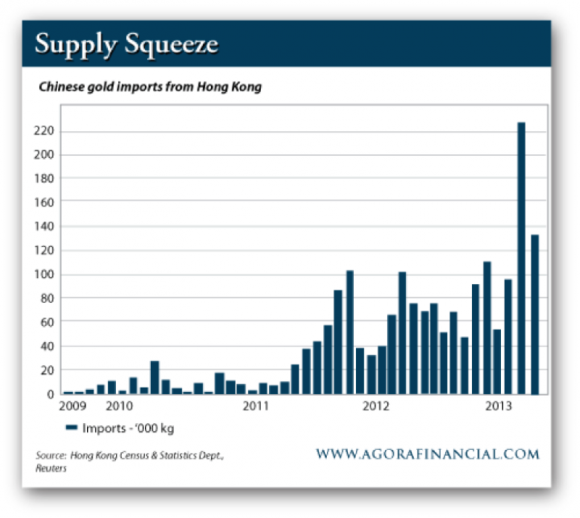 “Gold dealers in Asia have had to take orders to be delivered at a later date,” Reuters explains, “creating a backlog.”

“It is a surprise,” says Ronald Leung from Lee Cheong Gold Dealers in Hong Kong. “Prices had fallen in April, but there was not much supply at that time, maybe that’s why imports have fallen. Premiums were sky-high at that time.”

And they still are. Before gold took its mid-April tumble, high-volume Chinese buyers were accustomed to paying a premium of $7 an ounce over the spot price. Now they’re paying more than four times that figure. 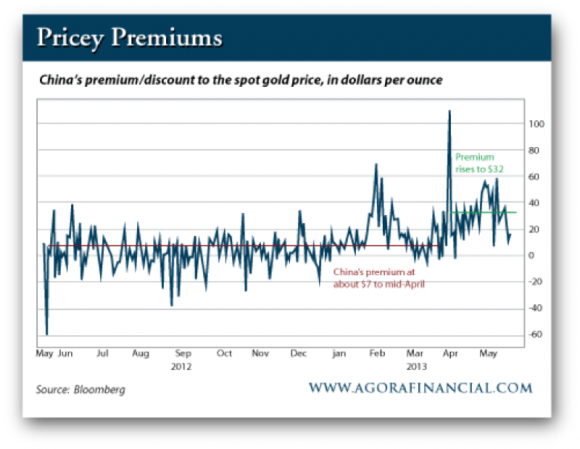 “Premium is a function of demand and supply,” explained the Bank of China’s Qu Mingyu last month, “and right now you could interpret the high premium in Shanghai as a sweetener to entice the overseas gold supply to flow into China.”

Except now we see the flow is being bottled up.

One factor at work: “Some qualified banks used up their gold import quota in the first three months and weren’t able to get the paperwork done fast enough to bring in bullion in April,” Tian Rui of INTL FCStone Trading Co. tells Bloomberg. “We might see higher imports in May because demand surged after the rout.”