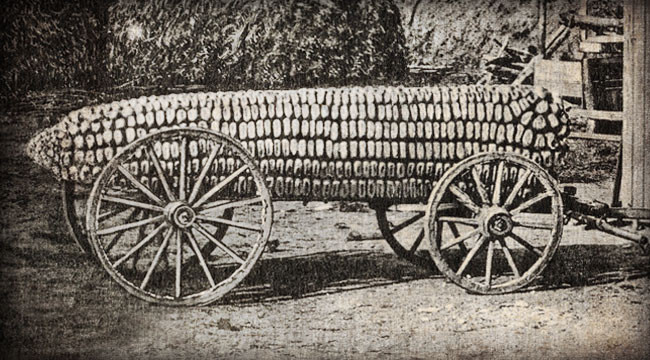 U.S. Looks 50 Years Ahead on the Road to Serfdom

Want to know just how invasive the state is going to get in the United States?

Well, take a look across the pond.

In terms of the large, invasive state, we English are way ahead of you guys. We’re a good 50 or more years further down the road to serfdom.

…governments perpetrated their atrocities and were able to do so through the theft that is fiat money.

Nineteenth-century Britain was about as glorious a libertarian existence as history has to offer. We didn’t call it libertarian then. It was known as “classical liberalism” or “Gladstonian liberalism” — after our prime minister, William Gladstone.

From the end of the Napoleonic wars in 1815 to World War I in 1914, it was a period of unprecedented peace, prosperity, innovation, and invention. The lots of millions were bettered.

We became more literate, more numerate, and healthier. We lived longer and we grew richer. Peasants who moved to the cities to work in the factories during the Industrial Revolution saw their children become members of the new educated middle class. The efficiencies of the Industrial Revolution and the wealth generated by it led to the abolition of slavery in 1834 — yes, we were a generation ahead of you guys.

One of the first things people chose to spend their newly generated wealth on after food, clothing, and shelter was education: bettering their lot. By the 1860s, literacy rates had more than tripled from the beginning of the century, and something like 95% of the population could read.

It was achieved without the help of the state. In 1965, the historian A.J.P. Taylor wrote:

“Until August 1914, a sensible, law-abiding Englishman could pass through life and hardly notice the existence of the state beyond the post office and the policeman. He could live where he liked and as he liked. He had no official number or identity card. He could travel abroad or leave his country for ever without a passport or any sort of official permission. He could exchange his money for any other currency without restriction or limit. He could buy goods from any country in the world on the same terms as he bought goods at home. For that matter, a foreigner could spend his life in this country without permit and without informing the police.”

Things began to change in the late 19th century. People were getting worried about those at the bottom of society. So in 1870, the government made education compulsory. Then they started providing it.

The Liberal government of 1906-14, championed by David Lloyd George and Winston Churchill, started helping us out in other ways. They gave us pensions and health care. The Pensions Act of 1908, the People’s Budget of 1909-10 (to “wage implacable warfare against poverty,” declared Lloyd George), and the National Insurance Act of 1911 saw the Liberal government moving away from its tradition of laissez-faire systems toward larger, more intrusive government.

Just as Byzantium followed Rome, the USA followed Britain and became the world center of innovation, freedom and prosperity.

Taxes were collected from the wealthy and the proceeds redistributed. Afraid of losing votes to the emerging Labour party and the increasingly popular ideology of socialism, modern liberals betrayed their classical principles. In his War Memoirs, Lloyd George said “the partisan warfare that raged around these topics was so fierce that by 1913, this country was brought to the verge of civil war.”

Then our government got us involved in this wonderful thing called World War I. It led to the death of about 8 million soldiers and another 12 million civilians. Not only did it destroy lives and families, but it destroyed people’s ability to look after themselves and their kin. So the government stepped in and got even more involved — and Britain was caught in an ever-increasing vicious circle of state involvement in our lives.

Do you know something? In 1914, the British government took us off the gold standard to pay for World War I. The German government did the same. If either had had to pay for that war in cash gold, neither could have done so — and the war would have had to stop.

Instead, governments perpetrated their atrocities and were able to do so through the theft that is fiat money.

Meanwhile, Europe’s gold went west, and with it went our glorious libertarian society. Just as Byzantium followed Rome, the USA followed Britain and became the world center of innovation, freedom and prosperity.

Fast forward a couple of generations and the U.S. began to make the same decisions we did — crazy foreign wars, abandoning the gold standard, an ever-growing welfare state designed to help people but having the opposite effect.

Britain has long been bankrupt. Were it operating in a natural market environment, our state would have long since gone under. But it doesn’t. It grows and grows and invades.

But have no fear. You can still prosper. You and your family can still enjoy life. But it helps if you have a rough idea what’s coming — and at all times embrace the positive.

Ed. Note: Mr. Frisby is right. You can still enjoy life and prosper regardless of what the yahoos in Washington do to impede your personal freedoms. You just need to get the right insight. And while that can be tough in today’s world of 24-hour news networks and perpetual talking heads, there are still outlets for truth. Laissez Faire Today is one of them. It is a completely free service on the topics of liberty and personal freedom, and in addition, offers readers no less than 3 chances at unique, actionable profit opportunities every single day. Don’t miss another issue. Sign up for FREE, right here, and get Laissez Faire Today delivered straight to your email inbox.