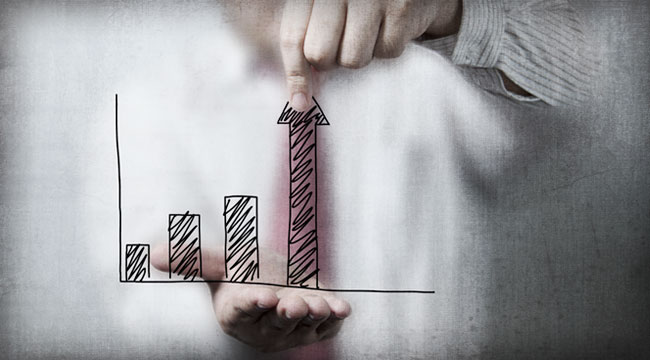 Global stock prices have rallied significantly since 2009. Financial stocks have increased albeit off a low base, with US banks up by over 200%.

But improvements in the fortune of banks may be misleading. To paraphrase George Bernard Shaw, financial markets have substituted the ‘obsolete fictitious for the contemporary real’.

This benefit can be estimated by assuming that deposits attracting near zero rates are invested in risk free government bonds to generate carry income.

Assuming it could earn a net spread between US Treasury yields and deposit rates of 2.00%, JP Morgan would have earned around US$26 billion on its deposits of US$1.3 trillion, roughly equal to its actual 2013 pre-tax earnings of around US$26 billion.

In effect, the bank could have generated the same profit without engaging in any banking activities, purely by investing its customers’ deposits in government bonds. This net carry on deposits equates to around 97%, 138% and 60% of Citibank, BA and Wells-Fargo’s pre-tax 2013 earnings.

The analysis highlights how focus on earnings changes, without regard for true earnings potential, can be misleading.

Complicating the outlook is the growing complexity of bank’s reported earnings.

US banks also benefit from $2.4 trillion excess reserves, resulting from the central bank’s QE programs. At the current rate of 0.25% per annum paid by the Federal Reserve, this equates to an additional $6 billion in earnings.

In a 2013 study, McKinsey Global Institute found that between 2007 and 2012, interest rate and QE policies resulted in a net transfer to US financial firms of $150 billion from households, pension funds, insurers and foreign investors.

This enhancement of current financial performance comes with significant risk.

As banks become instruments of policy holding greater levels of government securities, deterioration in sovereign quality or rising interest rates expose them to the risk of large losses.

The increase in interest rates following the suggestion of a ‘taper’ in the bond buying program of the US Federal Reserve may have resulted in losses to US banks alone of around US$17 billion.

After 2007/2008, trading revenues remained robust as volatility and portfolio adjustments fed volumes and profit opportunities. But as the broader economy stagnates, trading volumes have declined.

Proprietary trading is now restricted or attracts high capital charges reducing its contribution to earnings. Derivatives revenues will be affected by the migration of activity to central counter party and a clearing model.

Income from advisory work, mergers and acquisitions, new debt and equity issues, is below pre-crisis levels reflecting less activity as well as competition from smaller boutique firms and internalisation of this work within large corporations.

The reductions were justified by the improved economic and credit outlook. But the risk of loan losses is increasing in a weak economic environment and rising rates, compounded by restructuring and refinancing of poor quality exposures that deferred but did not eliminate potential write downs.

The US Office of the Comptroller of the Currency has expressed concern that the industry is using lower loss reserves to increase reported earnings.

Banks also face potential write-downs of goodwill on expensive acquisitions as well as deferred tax assets (resulting from losses) if they cannot if used in a timely fashion.

Litigation costs remain a major uncertainty. Since 2008, global banks alone have incurred over US$150 billion in legal costs. JP Morgan paid out more than $23 billion in settlements during 2013.

Rating agency S&P estimates that the biggest US banks alone may have to pay a further $104 billion to resolve US mortgage-related legal issues. There are likely to be additional costs from the various rate manipulation cases. It is not clear whether banks have made adequate provisions for these potential payouts.

Returns on equity have fallen sharply to high single or low double figures, well below the pre-crisis 20% returns. Financials are unlikely to return to pre-crisis performance levels.

Complicating the outlook is the growing complexity of bank’s reported earnings.

The results also include a US$2 billion ‘loss’ from a Debt Value Adjustment, reflecting an increase in the value of JP Morgan’s own debt as a result of improvements in its funding cost over the relevant period.

These opaque and subjective adjustments increasingly make it difficult to evaluate a bank’s actual financial performance.

Over the last few years, investors in banks have chosen to ignore the source of underlying earnings and the fundamental business outlook. Bankers and many sell-side analysts have embraced Oliver Goldsmith’s advice: ‘Ask me no questions, and I’ll tell you no lies.’ It will be interesting to see how long this dissonance can continue.

Satyajit Das
for The Daily Reckoning

Ed. Note: Banks have been under a lot of scrutiny in the years following the 2008 financial crisis. And not without good reason. Banks helped create the crisis and they never fully paid the price for their involvement. But there’s more to the story. And in today’s issue of The Daily Reckoning, readers were treated to a more detailed analysis of the situation. It’s just one small benefit of being a Daily Reckoning subscriber. Make sure you’re getting the full story. Sign up for FREE, right here, and start taking advantage of all the rewards The Daily Reckoning has to offer.