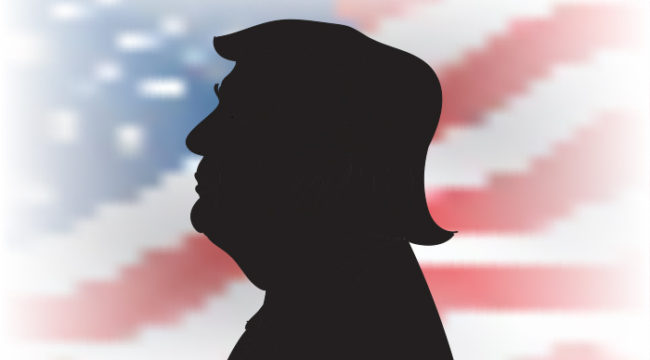 Trumponomics Will Collapse Under a Mountain of Debt

Financial markets are heading straight into a perfect storm of central bank failure, bond market carnage, a worldwide recession and a spectacular fiscal bloodbath in Washington. Investors should be heading for the hills with all deliberate speed.

What is going to stop Trumponomics cold is debt — roughly $64 trillion of it. That’s what is crushing the American economy, and until the mechanics of its relentless growth are stopped and reversed, the odds of achieving and sustaining the 3–4% real economic growth that Trump’s economics team is yapping about is somewhere between slim and none.

Here’s the newsflash. The nation’s monumental debt problem wasn’t newly created by the Obama Administration or the fact that Nancy Pelosi never met a spending program she couldn’t embrace. The last eight years have surely made the problem far worse and the Democrats are culpable without question.

But quite frankly the debt problem is a thoroughly bipartisan creation that is completely immune to the fact that the White House and both sides of Capitol Hill are now under GOP control. In fact, the nation’s debt affliction actually goes back to August 1971 when Nixon closed the gold window and launched the world on the current destructive experiment with massive central bank driven credit expansion.

However, it was after 1980 that the wraps really started coming off the debt monster that was spawned by the world’s unshackled central banks. In that context, Paul Volcker was the last honest central banker, and with Ronald Reagan’s acquiescence he did break the back of the virulent commodity and consumer goods inflation that had been unleashed by his immediate predecessors during the 1970s.

Yet Volcker’s great handiwork was for naught because of two other developments — the breakdown of fiscal rectitude and the final destruction of sound money by Alan Greenspan — that also occurred on the Gipper’s watch.

In fact, the gigantic Reagan deficits — which nearly tripled the national debt from $930 billion to $2.7 trillion during his eight years in office — is exactly what led Greenspan to crank up the printing press at the Fed after the stock market crash in October 1987.

What was happening at that moment is that a recovering economy was smashing up against Uncle Sam’s massive borrowing requirements, causing private investment to be “crowded out”. Consequently, interest rates rose sharply — resulting in a 15% drop in the price of the 30-year Treasury bond within a matter of months.

That was one of the precipitating causes of the 25% crash of the stock market in late October, but the market was never allowed to purge itself. Instead, Greenspan and his successors embraced Keynesian central banking, thereby creating a temporary parking lot for the nation’s soaring public debt on the balance sheet of the Fed and other central banks.

So doing, the reign of Greenspan/Bernanke/Yellen delayed the day of fiscal reckoning by approximately three decades, and, in the interim, fueled an unsustainable economic expansion built on the back of cheap debt and drastically inflated financial asset prices.

Since then, total debt has exploded to nearly $64 trillion or 13X. It now stands at 350% of GDP, meaning that these two extra turns of debt (3.5X vs. 1.5X) amount to $35 trillion and constitute a giant economic millstone on the American economy.

Accordingly, there is not a snowballs chance in the hot place that policies designed to pile still more debt on top of the mountains we already have can rejuvenate the U.S. economy. The key to recovery is firing the debt addicted money printers at the Fed, not passing the baton to fiscal stimulators on Capitol Hill.

Yet the latter is about all Trumponomics amounts to — at least as currently presented by the president-elect’s economic advisors. Indeed, notwithstanding all of the candidate’s raging about “draining the swamp” the only Federal programs he talked about on the campaign trail where the ones he intends to increase or to protect from the budgetary sword.

Trump has already put $3.6 trillion of the fiscal year (FY) 2018 budget off limits for cuts, including Social Security, Medicare, veterans, defense and law/border enforcement. Including interest on the $20 trillion national debt, that’s 86% of the baseline total and it’s before he adds trillions more for defense, veterans, the Wall and border enforcement and his vaunted infrastructure program.

At the same time, Federal revenues have already hit the flat-line. Collections for the full year of FY 2016 rose by just $18 billion (0.6%) to $3.267 trillion; and actually declined at an $80 billion or 2% annualized rate during the last two quarters of the year ending in September.

So unless economic growth and revenue collection pick up almost instantly, the implied FY 2018 baseline deficit for the Trump Administration could be as high as $930 billion. And that’s assuming no further slippage in revenues or outright recession during the next two years.

It’s the giant skunk in the woodpile which rebukes the whole fantastic notion currently animating the Wall Street casino that Trumponomics will unleash a powerful wave of fiscal stimulus via tax cuts and infrastructure/defense/veterans/border spending.

There is no chance whatsoever of a clean, immediate fiscal shock to the moribund U.S. economy fantasized by the Wall Street bulls.

Likewise, there will be no clean and reliable hand-off of the fiscal baton to a new agent of stimulus on Capitol Hill. What that means, in turn, is that the U.S. economy will slip into recession sometime during 2017.

The truth is, the implicit budgetary math of Wall Street’s current fiscal stimulus fantasy is prohibitive — to say nothing of the Capitol Hill politics and a financial market populated by reawakened bond vigilantes.

The Congressional Budget Office (CBO) baseline assumed that Federal revenue would grow by 10% over the next two years to $3.6 trillion in FY 2018 and keep on climbing robustly to $5 trillion over the following eight years. Even then, cumulative deficits totaled $9 trillion and the public debt would have been close to $30 trillion by 2026.

But nothing close to that can happen under conditions of Peak Debt.

Then throw-in $6 trillion of tax cuts, $1 trillion more for defense and infrastructure each and all the “dynamic revenue feedback you want from tax cuts and other Trump Administration growth initiatives. Still, you end up with a public debt total — at least on paper — of $35–40 trillion by the middle of the next decade.

Needless to say, it will never come to that. The Imperial City will collapse in smoldering political ruins long before.

So here’s the problem in a nutshell. Donald Trump does not have the freedom to pursue huge deficit-financed tax cuts like Reagan did. After 35 years of pretending deficits don’t matter in the Imperial City, there is no fiscal headroom left. None.

Likewise, after three decades of pretending that there will always be another stimulus or bailout from the Fed or the Washington fiscal authorities, Wall Street has now been left high and dry. The Fed is out of dry powder and Trumponomics won’t get to first base.

The Trump Reflation Trade has presented investors with a gift — an opportunity to get out of the casino unscathed before the real carnage begins.