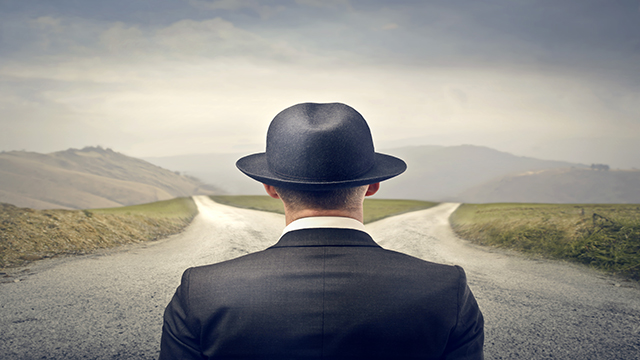 The Trump Election: Myths vs Realities

Before a clear-eyed analysis of Trump can be pursued, it’s necessary to sweep away a lot of the election nonsense that was portrayed.

Campaigning is tough and candidates of both parties always stretch the truth and throw mud at their opposition. It’s not news that most journalists have a strong liberal bias. That has been true for decades.

But, there’s a difference between bias and venom. This time really was different. In this election, journalists abandoned any pretense of ethical behavior and went all-in for Clinton.

The Washington Post told its younger reporters to work day and night to destroy Trump by any means possible. The New York Times went further. They asked their reporters to imagine they lived in Germany in December 1932 one month before elections that handed the government to the National Socialist Workers Party, the Nazis, and made Adolph Hitler Chancellor of Germany.

What would they tell their children and grandchildren they as reporters did to stop the rise of Hitler? In the editor’s eyes, Trump was a new Hitler, and reporters were duty-bound to stop him by any means fair or foul.

You get the point. This was not biased reporting, this was a concerted effort to destroy one man – Donald Trump. Nevertheless, Trump won the election.

Why dwell on the past? Why not just move on? The reason is that the after-effects of this media mission to destroy Trump have lingered in the minds of many Americans and people around the world.

For millions of engaged voters, what happened in the election is not just the normal disappointment that goes with any electoral defeat. There’s a sense of cognitive dissonance, and of complete denial and incredulity.

Simply put, Democrats, some Republicans, the media, global elites, and many everyday citizens around the world still can’t process a Trump presidency.

Trump is impulsive and his behavior at times is vulgar. He’s a smart businessman, but not particularly well-versed in the long-standing policy debates that obsess the Washington elites. He’s a successful CEO, not an economic guru.

But, he’s not racist, misogynist, or anti-Semitic. That’s all nonsense ginned up as part of the media operation to take Trump down. Those who can’t get past the crude labels pinned on Trump will not be able to understand the real Trump at work.

When Trump calls for 45% tariffs on Chinese imported goods, the geeks in Washington get out their spreadsheets and economic models. They begin calculating the drag on growth and impact on jobs from a tariff increase on a static quantity of imports. What they don’t understand is that for Trump, the 45% tariff is just the starting place for a negotiation.

It’s an invitation to the Chinese to make some concession in areas such as direct foreign investment by U.S. firms, and theft of intellectual property. Once some concessions are forthcoming, Trump can lower the proposed tariff from 45% to 25% and then ask for more concessions. It’s all part of the “art of the deal.”

Ironically, the Chinese seem to understand this better than the American media. China recently said that if Trump imposes tariffs, they will switch their aircraft orders from Boeing to Europe’s Airbus, and ban Apple’s iPhones from China. That’s the Chinese art of the deal.

Now that the two sides have announced their opening bids, let the negotiations begin! That’s how every deal works in the real world. Only in Washington and the media is this negotiation posturing not understood.

Similar misconceptions apply to a range of Trump policies, including tax cuts and spending plans. Trump has a grandiose vision, but he’s also showing a deft hand when it comes to reaching out to former critics such as Paul Ryan and Mitt Romney. This is not the action of a political novice, but a seasoned operator who knows that cooperation beats confrontation every time.

Opponents of Trump made a crucial mistake. They believed their own propaganda. When you bend rules of ethics and objective reporting to achieve a certain result, that is propaganda pure and simple.

But, the great propagandists such as real fascists, Communists, Peronists in Argentina, and African dictators are always careful not to believe what they tell their own people. U.S. media fell into the trap of believing the distorted image of Trump that they created. This left them totally unprepared for the election result and leaves them unable to interpret the situation today.

This is important to bear in mind when reading ongoing coverage about Trump’s economic policies. You will be getting distorted analysis on everything from so-called “free trade” to tax policy, fiscal policy, regulatory policy and much more.

Once you have put aside the myths about Trump, one needs to internalize the realities. This was not a typical victory; it was a complete rout of the Democrats. The magnitude of the Republican victory is still sinking in, but it’s so significant that it’s fair to say change has come to Washington at last.

This is a boon if you like Trump’s policies, but it’s also an analytical challenge. Many of the old political models of stalemate and confrontation no longer apply.

War spending left little scope for infrastructure spending of the kind Trump proposes. Prior to 2002, the last time Republicans held the White House and both houses of Congress at the same time was 1928.

Protracted debate, the so-called “filibuster,” is a Senate tradition not in the Constitution, but typically honored under Senate rules. The small majorities held by Republicans in 2002-2006 were generally not enough to overcome the 60-vote rule. Minority leaders Tom Daschle and Harry Reid used this to shut down Republican policy initiatives.

But during the period of Democratic control of the Senate from 2006 to 2014, the leadership made important rule changes. Obamacare was passed in its final form as a “budget reconciliation” that required only 51 votes, not 60. Given that structure, Obamacare could be effectively repealed today by changing its budget-related provisions with the same 51-vote process.

More importantly, Harry Reid changed the filibuster cloture rule on judicial appointments (other than the Supreme Court) and executive branch nominees. By applying the new rule, Republicans can reshape the federal courts, especially the important Circuit Court for Washington, DC.

They can also staff the senior ranks of the executive branch, including cabinet officials, with no Democratic resistance. In effect, Republicans can add prospective control of the judiciary to their control of the Congress and White House in their trifecta of power.

As icing on the cake, Republicans control 32 of 50 state legislatures and 33 of 50 state governorships. Control at the state level is important when it comes to directing infrastructure spending, creating enterprise zones, and working with the federal government to implement Trump’s policies.

In short, Republican power over the U.S. policy process is stronger now than it has been at any time since the Reconstruction period (1866–1876) following the Civil War.

Neither the Republicans nor the Democrats have yet fully grasped the magnitude of this historical change. What it means in practice is that if Republicans can agree on a policy mix, they are in the strongest position to actually implement it in 150 years.

The Democrats were in a similarly powerful position after the Lyndon Johnson landslide election in 1964. They used that power to pass Medicare and other Great Society programs. But, hubris also led to the tragedy of the War in Vietnam.

Democratic power was in retreat just four years later with the election of Richard Nixon in 1968.

It remains to be seen if Trump will consolidate one-party power, as was done by Lincoln and FDR, or will waste it like LBJ.