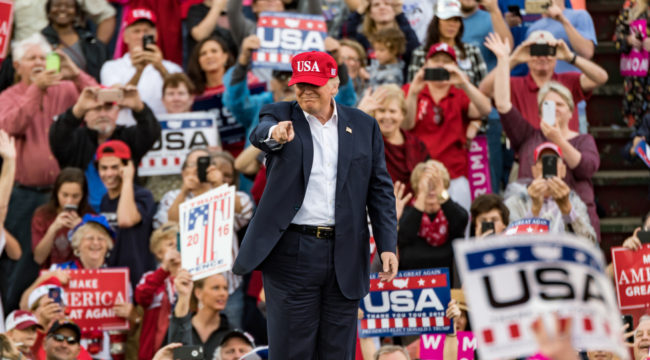 Trump Could “Blow Fuses Across the World”

We open with a remarkable fact…

But peer back through the thick mists of time… all the way to November if you can… and recall that a Trump win was supposed to crater the markets. All the experts said so. Remember?

Some on Wall Street are apparently worried too. “Wall Street Is Starting to Get Nervous About All the Money Pouring Into U.S. Stocks,” warns a Bloomberg headline today.

Since the election some $2 trillion of investor money has left the “safety” of bonds for the pitfalls and blind alleys of the stock market.

One has to wonder, indeed. So a question hangs in the air… How much longer can the show roll on?

At least another day, apparently. The jobs report came out today. Economists predicted the economy would take on 178,000 new workers last month. It only added 156,000 — still good enough, though. The Dow’s up a cool 64 today.

But what’s this ahead we see? An ill omen, a portent of evil? Could the Trump reflation trade actually be the source of a great deflation? Consider…

Trump’s promises of lower taxes, less regulation, more jobs and oodles of infrastructure spending have revived the animal spirits. And the dollar has surged on the ballyhoo… broaching a 14-year high against a basket of six major currencies.

We’re heart and soul for a strong dollar. But in a world on the dollar standard, there can be too much of a good thing…

You might think the U.S. economy’s weak and interest rates absurdly low. But much of the world’s worse, and U.S. rates are downright Himalayan compared with others.

Capital goes where it’s treated best. That means it’s heading into the dollar and dollar-denominated assets. If you’re in Japan or Europe, why pay the bank to hold your money when you can squeak out 2.35% on the U.S. 10-year Treasury? That buying in turn drives the dollar even higher. Good, as far as it goes.

But here’s the problem:

Many emerging markets hold seas of dollar-denominated debt. When the dollar rises, the cost of servicing that debt also rises. If too much of their capital hightails it for the dollar, they just don’t have the dollars to meet their debt obligations. (China just took steps to combat capital outflows and boost the yuan. More on that soon.)

And when the dollar goes too far, they risk going into this thing called default. Maybe you’ve heard of it?

It all goes back to the “dollar shortage” we’ve covered recently. Economist James Dale Davidson with more:

A stronger dollar is not only a vote of confidence in the U.S. economy. It also tightens the deflationary cinch that is strangling the world economy. So an ironic effect of Trump’s efforts to improve U.S. economic performance in a collapsing world is that it may accelerate collapse.

The world is already awash with dollar debt… The more negative the cross-currency swap basis for exchanging dollars for other currencies, as U.S. interest rates rise, the greater the “dollar shortage.”

And thus, Trump’s policies — if they go anywhere — could “blow fuses across the world,” in the words of the London Telegraph’s Ambrose Evans-Pritchard. Including here.

We have no crystal ball. And we hazard no prediction. The market’s kicked sand in our mug too many times to venture upon another. But since we opened today’s reckoning with a remarkable fact, it’s only fitting we close with another…

Since the end of World War II, the U.S. has averaged a recession every five years. It’s now going on its eighth year without one.