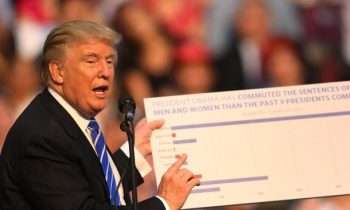 Trump and the Age of Magical Thinking

[This post was originally published on The Institutional Risk Analyst from R. Christopher Whalen – CLICK HERE for more from the publication.]

“Anyone taken as an individual is tolerably sensible and reasonable – as a member of a crowd, he at once becomes a blockhead.”
Friederich von Schiller,
Quoted by Bernard Baruch

The term “magical thinking” refers to how children believe that their thoughts have a direct effect on the rest of the world.  So last week we learned that the Trump Bump is not real. Lower taxes, increased spending, these were never really serious goals, but merely political talking points.

Charles Gasparino and Brian Schwartz of FoxBusiness also suggested that the proposed cut in corporate taxes would instead mutate into a repatriation scheme a la Argentina and Italy.  Corporate tax cuts are dead, but “a percentage of the money returning to the U.S. would be used to finance an infrastructure fund to build the roads and bridges that President Trump has recently been touting,” they report.

This is bad news for Wall Street, where lower corporate taxes have been a key underpinning for the recent exuberance.  As the Don mutates before our very eyes, his promise of big things and thus the outsized impact of same on financial markets will also change – and dramatically.

President Trump’s change of mind on corporate tax cuts certainly goes against the happy consensus view.  The move in the stock market from the latter part of last October to the beginning of March 2017 can only be described as a speculative episode, to paraphrase John Kenneth Galbraith. As he wrote in A Short History of Financial Euphoria:

“Regulation and more orthodox economic knowledge are not what protect the individual and the financial institution when euphoria drives up prices, and to the eventual crash and its sullen and painful aftermath. There is protection only in a clear perception of the characteristics common to these flights of what must conservatively be described as mass insanity.  Only then is the investor warned and saved.  There are, however, few matters on which such a warning is less welcomed.”

Indeed, while the raging bulls raised up Bank of America (NYSE: BAC) nearly 60% in four months and pushed the yield on the S&P 500 below 2%, the reality of the Trump Administration and its truly conventional nature was becoming apparent.  The big statements and big ideas are abandoned without remorse as the President seeks leverage, to paraphrase our friend Jim Rickards.

A key takeaway from earnings so far is that we have confirmation of a slow-down in lending and a related slowing of the economy.  Retail is also in a downward phase, although the stalwart optimists in the crowd believe that the numbers will improve later in the year.  And Chinese GDP beats expectations.

The other obvious takeaway from earnings is that we’re pretty deep into the current credit cycle.  If anything, the Fed should be thinking about mild easing.  But instead Janet Yellen & Co are trying to “normalize” rates as the economy slows.

But even less encouraging is the juxtaposition of real GDP and the federal funds rate, an important chart that reorients your thinking about just where we are in relative economic terms and in particular the definition of “normal.”  The chart below shows these two relationships and suggests to us that getting short-term rates to 3% is going to be a near impossible task.

We are waiting to hear from BAC this week to see just how our favorite zombie girl justifies those impressive forward estimates for revenue and earnings growth.  More than any of the top banks, BAC has reduced operating costs and positioned the bank for growth – this after years of bloody, slow-motion restructuring.  But rising interest rates will not help bank earnings, especially when interest rates are going down.

Recall that we took the view after 2008 (found in IRA) that BAC should have put the parent holding company through a Ch 11 bankruptcy to accelerate the restructuring process.  But today, fact is, the bank’s selling, general and administrative expenses start with a “5” as in $54 billion rather than a “7” as in $72 billion in 2014.

With a 16% estimate for 2017 earnings and 21% for 2018, its does not take a lot of imagination to see why BAC moved as far and as fast as it did, but that’s all over now as the song says. The promises by Donald Trump during  the 2016 election have been replaced by conventional thinking and even more conventional people to think them.

Witness reports from Politico that President Trump is expected to nominate former Treasury undersecretary Randy Quarles as the Federal Reserve’s top bank regulator. Quarles is a big time members of the establishment, a veteran of the George W. Bush administration and is a managing partner at equity investment firm The Cynosure Group.

“I don’t think the folks who voted for Trump thought they were voting for Randy Quarles, although I like the Dickensian name,” notes one DC insider.  “Quarles is a Bushie and could be weaker than Tarullo.”

CompassPointLLC opines politely that “Our sense is that Mr. Quarles will be viewed as a pragmatic deregulatory force.”  But Washington’s premier investment bank avers that “tax reform expectations in D.C. continue to temper. Our view remains that political and policy realities will slowly grind broad tax reform efforts into a narrower tax relief package with corporate rates of 25-28%.”

So the good news and the bad news rolled up together is that the Trump Revolution is over.  All of the talk of change, tax cuts and new policies is rapidly giving way to a very conventional Republican Administration populated by bankers from Goldman Sachs.  To get a good bearing on President Trump, think of the first term of President William McKinley combined with the latter years of Ulysses Grant.

For Wall Street, the end of the Trump Revolution portends a return to the October 2016 status quo ante, with all of the attendant difficulties and discomfiture.  We can’t say for sure that BAC will go all the way back to $16 per share, where it started its remarkable journey last October.

But even at the $22 close on Thursday, BAC was still trading below book value, a remarkable, even magical commentary in these increasingly conventional times.