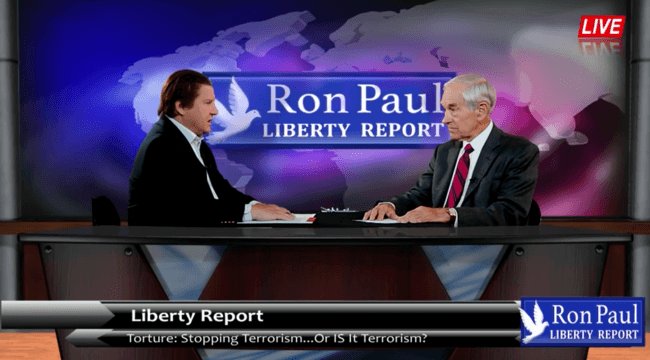 Torture: Stopping Terrorism, Or Is It Terrorism?

Just ten years after America was shocked at the treatment of detainees at Abu Ghraib prison in Iraq and just a year and a half after the Senate torture report, a recent poll suggests that three-fourths of the population would support torture of terrorism suspects.

Have we so quickly forgotten the fallout from the CIA’s shameful practices, where innocents were tortured for information they did not possess? Have we forgotten that torture is a moral outrage, is itself a form of terrorism, and does not even work? Have we forgotten that the “ticking time bomb” scenario is a Hollywood fiction, not a reality? Or is the media manipulating the population into supporting Washington’s interventionist foreign policy with carefully-worded polls designed to show more support for torture than really exists. Tune in to today’s Liberty Report:

Daniel McAdams
for The Ron Paul Institute for Peace and Prosperity