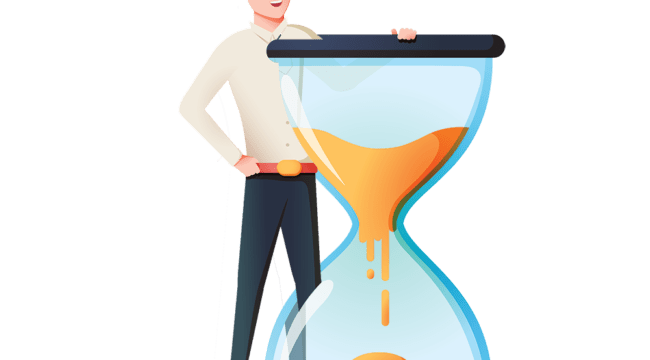 Time Is on Our Side

What are we afraid of? In recent weeks, I have been traveling around the globe and observing the rapid emptying of airports. Does this mean that most people are in a panic over a new form of highly infectious flu?

It called to mind my studies long ago with the great economist and game theorist Thomas Schelling, who won the Nobel Prize in economics in 2005 mostly for his theories of “micromotives and macrobehavior.”

His book by that title showed that such phenomena as empty airports or traffic-jammed freeways or even segregated communities could reflect only the slightest changes in  attitude. Small changes in people’s minds, oriented in the same direction, can effect massive changes in people’s collective behavior.

“Though a society can resist epidemics of physical disease,” as I paraphrase philosopher-psychologist Karl Jung in Wealth&Poverty, “it is defenseless against diseases of the mind. Against ‘psychic epidemics’ our laws and medicines and great factories and fortunes are virtually helpless.”

Many of us certainly feel helpless these days, locked down by the ridiculous and unnecessary order of politicians. With the world wilting before our eyes, we will have to wait ‘till doomsday for the politicians and media pundits to admit the egregious mistake of quarantining the healthy in order to protect the frail from at most a marginal 0.5% global rise in current historically low rates of mortality.

But in response to these depressing times, my friend and tireless blogger John Mauldin quotes Thomas Babington Macaulay, writing in 1830 in reply to pessimists of his day:

“We cannot absolutely prove that those are in error who tell us that society has reached a turning point — that we have seen our best days. But so said all who came before us, and with just as much apparent reason… On what principle is it that, when we see nothing but improvement behind us, we are to expect nothing but deterioration before us?’’

Good question, John. Mauldin also cites the theory of time-prices, which demonstrates that the world is getting richer all the time because it takes less and less hours of work to obtain more and more goods.

John quotes from a famous essay by Nobel Laureate William Nordhaus of Yale. He got his Nobel in 2018 for a pandering poison ivy paper on climate change and carbon taxes. But in 1993, before his Nobel mistake, he made a true breakthrough. In a paper titled, “Do Real Income and real Wage Measures Capture Reality? The History of Lighting Suggests Not.”

“Real world GDP, after inflation, is up over 15X since [Macaulay] wrote that. The cost of a candle in 1800 that would let you read, however dimly, for one hour, was six hours of labor. Today that same amount of light costs about 3/10 of a second of human labor.”

Real GDP up a mere fifteen fold. Or measured by time-prices — the number of hours and minutes a person has to work to earn the money to buy goods and services — real output is up some 72,000 times.

John says it’s a transformation: “The current crisis won’t slow down the Age of Transformation. The crisis usually has the potential, if not the probable likelihood, to actually accelerate transformation.”

John continues: “As my dad used to say, ‘Necessity is the mother of invention.’ Or innovation.”

Your Dad was right. The current insanity will pass and will be followed by a stream of law suits. Then the innovations will begin to crowd in.

In order to anticipate the innovations, I recommend, sight unseen, the new book, Innovation, by Matt Ridley coming out any day now. Apart from his world-leading critiques of climate change angst, his two previous books, The Rational Optimist and The Evolution of Everything were both masterpieces of economic history and analysis.

Ridley has long been on to time-prices. But as the readers of my prophecies know the current virtuosos of time-price data are economists Marian Tupy and Gale Pooley, who demonstrate that Nordhaus’s insight on the cost of lighting can be duplicated across the entire range of new technologies.

This means that real interest rates, adjusted for time-price gains, are normal rather than near zero as our debauched monetary indices depict. This means that after the politicians end their destructive siege of economic self-abuse in the name of increased power for politicians and humiliation of the public, we will return to the rates of economic growth usual under capitalist freedom.

That’s why over the next decade or so we will have self-driving trucks (first driven from home as a new Swedish invention enables!) and then self-driving cars and self-driving planes. We will have giant integrated circuits on wafers that perform machine learning in seconds.

We will have an array of new vaccines obviating the need to get sick in order to get immune. We will have Strategic Investment Conferences in virtual reality zoom. And maybe we will have real life encounters again, as we escape Agora founder Bill Bonner’s wandering regime of life lived between six feet apart and six feet under.

What we won’t have, I will prophesy, is a world beyond carbon. In order to achieve real artificial intelligence, we will enter a new carbon economy consisting of carbon-based chips. Escaping the ugly self-inflated fiasco of COVID-19, we will not close down the economy again for a fake crisis of climate. Greta Thunberg as Time’s person of the year in 2020 will signify the last great triumph of the climate cranks and weather bores.

We are in a pit today, but as Macaulay points out, we have been in such pits for most of human history and we will soon escape. Until then there are books to read and investments to contemplate in a world of transformation measured by time-prices still accelerating progress and, as Pooley shows, declining inequality everywhere.

Time is on our side.