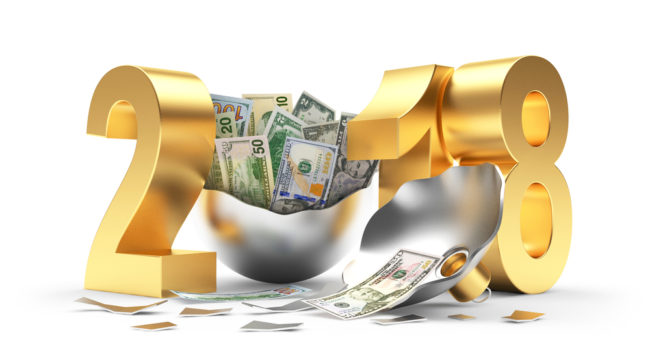 Three "Snowflakes" That Could Cause the Next Financial Avalanche

My regular readers are familiar with my use of the “snowflake and avalanche” metaphor.

Avalanches emerge from unstable snowpacks on mountain slopes. The snowpacks resemble complex dynamic systems because each snowflake exists in a densely connected network with all of the others.

When new snow comes, a single snowflake can land in such a way as to disturb some others, create a slide that gains momentum and ultimately cause the entire snowpack to rip loose from the mountainside in a dangerous out-of-control avalanche.

When this happens, it is pointless to blame the individual snowflake. If it weren’t one snowflake, it would be another. The avalanche itself was bound to happen because of the instability of the snowpack.

Likewise, capital markets are complex dynamic systems. They are vulnerable to catastrophic collapses from time to time.

It all begins with a single snowflake.

What are some of the emerging-market snowflakes I’m watching now? The three of most concern are China, Venezuela and Turkey.

Their leaders face internal challenges in their countries that could trigger an international monetary crisis:

China faces a foreign exchange crisis as they restructure and reform their economy. Venezuela is facing default due to corruption and incompetence. Turkey may stage a debt for geopolitical reasons.

China’s problems are well-known. When corporate and provincial debt is included, China has a much higher debt-to-GDP ratio than the U.S. Much of this debt has been run up by insolvent state-owned enterprises (SOEs) controlled by Communist Party cronies.

China is also in the midst of a multitrillion-dollar Ponzi scheme called wealth management products (WMPs). These are nonguaranteed obligations issued by banks to savers seeking higher yields. Most of the proceeds are used either to support unproductive investment or to redeem other WMPs, the classic sign of a Ponzi.

China’s President Xi was recently empowered by the Communist Party’s National Congress to clean up the mess. He has begun the task, but it’s impossible to shut down excess capacity, write off debts and unwind a Ponzi without slowing the economy.

Any slowing of the Chinese economy on top of the monetary tightening in the developed economies is a recipe for a global recession, or at least a reduction in global growth sufficient to call into question the developed world’s ability to support its debt.

Venezuela is already in a state of collapse. Its currency is nearly worthless, it has defaulted on some external debt and there are demonstrations, riots and some violence on the streets almost daily.

So far, the impact has been confined to Venezuela itself, but that may be about to change. A humanitarian crisis of huge proportions is emerging. Venezuela has defaulted on some debt, but far greater payments are due in 2018 and 2019, and defaults on those near-term payments could rock global capital markets as the Mexican Tequila Crisis did in 1994.

The greatest economic threat of all may be Turkey. It has approximately $240 billion of government debt and $1.4 trillion in corporate debt. Most of that debt is denominated in U.S. dollars or euros and owed to external creditors.

Turkey is headed toward default on its external debt. Normally, a credit facility from the IMF could avoid such a default in exchange for economic reforms. But Erdoğan seems willing to take a hard line for political reasons and blame what he calls Western parasites and moneylenders for his problems.

Turkey could be heading to the largest emerging-market credit default ever — over $1 trillion. Turkey would look to Russia and Iran for help rather than the U.S. or the IMF for its own political reasons. The global systemic damage will be impossible to contain.

The initial conditions for a global recession or systemic panic are in place. Given the longevity of the current economic expansion, no one should be surprised if a panic happens sooner rather than later.

Potential catalysts for a meltdown, including monetary tightening, debt ratios and emerging-market land mines such as China, Venezuela and Turkey, are plain to see. A likely war with North Korea before next summer must be added to the list.

When the panic hits, the best-laid plans of bail-ins and guarantees will fail quickly. Confidence in official solutions will be lost.

You may not be able to stop this, but you can prepare. These scenarios will not happen overnight.

The asset class that will perform best in these conditions is gold.

There are many forms of gold ownership. There will be many signs of a coming crisis and huge gains for gold investors before it all plays out.