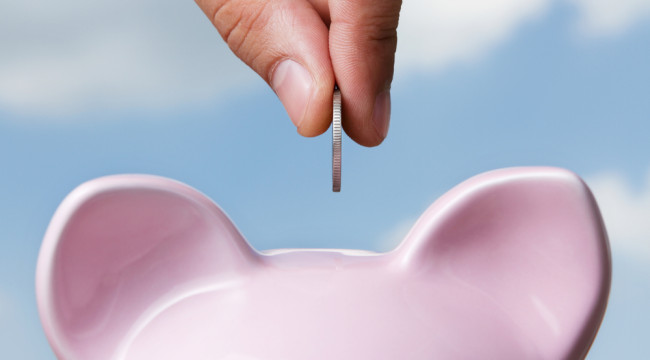 We receive emails from readers every day. (You can contact us at feedback@bonnerandpartners.com.)

We can’t respond to all of them, of course… but we think about them a lot.

Recently, we got two particularly interesting emails. One was from a woman who felt she had been badly handled in a divorce and now struggles to stay afloat financially.

Another came from a man on the opposite side of a divorce transaction. He struggled for years with alimony, child support, and living expenses. He eventually gave up the struggle, declared bankruptcy, and sank beneath the water.

More on this in a minute…

First, let’s go back to the world of money… where the stakes are lower. The worst that can happen is that you lose your money. And the game is much simpler.

If you believe what you read in the mainstream press, “global growth concerns” were behind the drop. But nobody knows exactly why investors buy or why they sell.

And if the press is looking for a reason investors are selling now, they don’t have to look far.

U.S. stocks are more expensive today than during 90% of history. And when stocks are “priced to perfection,” as they are now, everything has to go right – with growth, stability, and prosperity.

Not impossible. But it doesn’t seem like a good bet to us.

Meanwhile, global debt levels are at a record high. According to a recent report by McKinsey, total outstanding global debt topped $200 trillion as of the second quarter last year. That’s a $57 trillion increase from pre-crisis levels.

When debt is so high things tend to go wrong. Many investments and speculations – financed with debt – don’t work out as planned. Debtors can’t pay. Creditors panic. And investors – whose assets were priced for perfection – head for the exits.

To Fret or Not to Fret…

Jim Cramer was on CNBC yesterday urging investors to “snatch up these money-making opportunities.”

And a report on Bloomberg told us to beware of the current extreme levels of bearish sentiment (often a contrarian indicator).

The cost to hedge against stock losses is soaring, valuations are contracting, and bearishness among professional stock handicappers is rising the most in three decades.

Fret not. All of this is good news for bulls, if history is any guide. Since 1963, the Standard & Poor’s 500 Index has advanced an average 11% in the year after newsletter writers surveyed by Investors Intelligence were as pessimistic as they are now, data compiled by Bloomberg show. That compares with an annualized return of 8.3%.

Newsletter analysts are just like everyone else: Sometimes right. Sometimes wrong. Our advice to investors – fret.

They tend to be more bearish than Wall Street analysts because they aren’t selling stocks and bonds. They are selling advice.

And they know that prices for stocks and bonds go up as well as down. They also know that, dollar for dollar, losses are twice as powerful, psychologically, as gains.

In 1968, President Johnson asked Congress to end the requirement to back dollars with gold. And it complied. Then, in 1971, President Nixon ended the direct convertibility of dollars to gold when he “closed the gold window.”

This allowed central banks to fiddle with the supply of money as never before.

In other words, past performance is no guarantee of future performance, as the SEC reminds us. This time, the grumpy, gloomy, out-of-step, often nearly broke newsletter editors could be right!

The Habits of Wealth

Back to that reader feedback I mentioned earlier…

As we’ve been telling members of our family wealth advisory, Bonner & Partners Family Office, family issues are usually far more important to your well-being, your happiness – and even your financial security – than money.

But they share several similarities. In both cases, success depends on habits, personalities, and luck. Virtue pays off – not always, but often. Fidelity. Humility. Generosity. Steadfastness. Hard work. These all tend to pay off in the end, too.

Even if it doesn’t work this way, you are probably better off believing it does. At least then, when things don’t work out, it’s not your fault.

When we read letters from someone with little money, we want to help. Here’s one we received lately:

OK. Here I am, relatively new to your company. Currently, I live on Social Security and a monthly retirement income. This basically amounts to a little over $2,000 a month.When I got married we started a retirement plan, which we added to every month. Then, 21 years later, divorce happened, and he got our retirement fund. Plus, he also has a retirement fund from his career.

I had graduated from high school and worked to put him thru college culminating in his master’s degree. I had a high school degree, working at various clerical jobs until the children arrived and I quit my job to become a full time mother.

I have no savings, investments, etc. I am 70 years old and would like you to address how I can deal with the “gloom and doom” I read about in your reports

We can’t give personalized financial advice. But we have some general thoughts about people in a similar situation.

We sell investment research, analysis, and advice. And our marketers work hard to make them sound as attractive as possible. But when you don’t have much money to invest, an expensive trading service will probably not help you.

For anyone beginning to build wealth, we have some million-dollar advice that we will give to you for nothing: Keep it simple. Keep it cheap. And keep at it.

Yes, we hope that our modest insights and humble thoughts – now available to Diary readers at a deep discount for $39 a year in The Bill Bonner Letter – are worth the money.

But please don’t spend any more… unless you have the money to make more expensive advice worthwhile.

And no, we are not saying that sophisticated, alpha-hunting systems won’t work. In the right hands, at the right time, they can work spectacularly well.

But finding them takes time and knowledge. The amateur will almost certainly run out of money before he runs into an expensive trading program that makes him rich.

The basic skills for building wealth are so simple they barely deserve mention. And like building a family, they take time… often a whole lifetime.