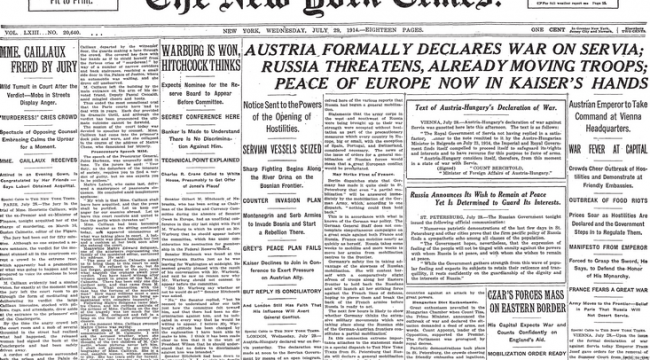 Three Reasons the News Is Horrible for Your Investments

I don’t write a lot about the news here. I’m more likely to write about an old book I read or my travels than what is in the headlines of the world’s media outlets. This is partly by design.

Paying too close attention to the news could hurt your returns — and will certainly keep you ever from ever earning 100x on a stock, which is our focus in Mayer’s 100x Club.

Most of the “news” you can safely ignore.

Here are three reasons why the news is bad for you.

1. The News Makes You Trade Too Much

A psychologist named Paul Andreassen ran a number of experiments in the 1980s. He showed, as journalist Jason Zweig writes, “that paying close attention to financial news can lead investors to trade too much and to earn lower returns than those who tune out the news.”

The trick is to be well-informed yet cooly detached. Don’t let news events — like the crash in China or the Greek crisis — dictate your buy and sell decisions. To make a really great return on a stock means you have to sit with it and let the magic of compounding do its thing.

That’s hard to do if you’re freaked out about what’s in the headlines.

2. The News Is About What Already Happened

I give you an example of newsy thinking from Thursday’s Wall Street Journal. John Carney writes about Bank of America’s earnings report. He says BofA is not cheap. He notes that it trades for a discount compared with JPMorgan’s stock. Yet “the difference maps almost exactly the gap between BofA’s 8.75% return on equity and JPMorgan’s 11%.”

In other words, BofA is not as profitable as JPMorgan and deserves a discount. Fair enough, but here’s where Carney errs. He writes, “So while BofA is sailing in the right direction, it doesn’t yet deserve a place at the front of the big-bank regatta.” (Regatta? I didn’t know there was a boat race…)

Carney implies you want to buy BofA when its profitability equals that of JPMorgan. That’s not the way good investors think. If you wait for that, BofA’s stock will be a lot higher. A good investor would own BofA on the thesis that BofA will close the gap. It doesn’t make any sense to wait until you can see it in the numbers. By that time, the opportunity will have passed.

3. The News Can Be Wrong

This last one is my favorite. The financial news often gets things wrong or at least presents events in a misleading way. The best example of this is to look at any daily summary of the previous day’s market action. There is always a reason, or reasons, given for the market’s move that day. They can’t say, “We don’t know,” even though that would be the right answer.

The truth is that it’s mostly random. Let me quote from Sosnoff’s Master Class for Investors. He’s writing about a 100-point down move in the Dow:

The financial media’s 24/7 world can’t admit that. And so you see a lot of made-up narratives, awful abuse of statistics, mixed-up cause-and-effect analysis and flat-out misunderstandings. For an example of the last one, let’s look at Greece. I could write this whole email about the idiotic things people have written about the Greek crisis.

For one example, I turn to Gene Epstein’s column in Barron’s last weekend. He writes: “A similar financial calamity could happen here.” He then goes on to cite debt-to-GDP ratios of Greece and compares them to the U.S.

Epstein seems to have no idea how these monetary systems work. A comparison between the two isn’t relevant at all. Greece does not issue its own currency. The U.S. does. Put another way, Greece can run out of euros. The U.S. can never run out of dollars.

Is it logical, then, to compare the two? No.

Thought of this way, does it even make any sense to refer to the U.S. government as having to “borrow” dollars? No. If you create your own money, you don’t need to borrow it to spend it.

It seems simple, but lots of people get it wrong. The bottom line here is you can’t trust what you read in the news.