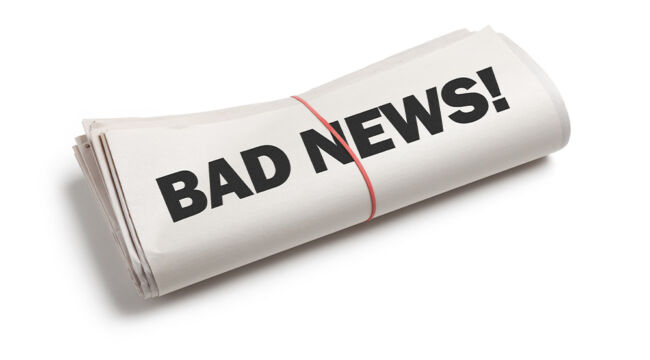 For Janet Yellen will be the next Secretary of the United States Treasury (barring the unlikely). Mr. Biden confirmed the gossip today.

Here is the good Dr. Krugman, wailing sobs of joy:

It’s hard to overstate the enthusiasm among economists over Joe Biden’s selection of Janet Yellen as the next secretary of the Treasury. Some of this enthusiasm reflects the groundbreaking nature of her appointment. She won’t just be the first woman to hold the job; she’ll be the first person to have held all three of the traditional top U.S. policy positions in economics — chair of the Council of Economic Advisers, chair of the Federal Reserve and now Treasury secretary.

Yet no Paul Krugman editorial piece is complete without a bitter denunciation of the sitting president:

And yes, there’s a bit of payback for Donald Trump, who denied her a well-earned second term as Fed chair, reportedly in part because he thought she was too short.

Did Mr. Trump oust the lady due to her height?

We take leave to doubt it — Jerome Powell is no beanstalk. The man stands under six feet in height.

But politics is not why Dr. Krugman is a puddle of ecstatic tears today. It is because Ms. Yellen validates his own occupation as a worthwhile vocation… rather than the voodoo that it largely is:

But the good news about Yellen goes beyond her ridiculously distinguished career in public service. Before she held office, she was a serious researcher. And she was, in particular, one of the leading figures in an intellectual movement that helped save macroeconomics as a useful discipline when that usefulness was under both external and internal assault.

The Problem With Being a Serious Economic Researcher

Ms. Yellen may, in fact, be a serious researcher. That is likely the problem…

She cannot see her research for what it is — an entertaining hobby, a fascinating diversion, a stimulating recreation — little more.

Reality is perpetually beyond its reach… and even further beyond its grasp.

It is a selective picking of cherries. It is a focused hunt for belief-confirming data. It is the stroking and grooming of a cherished hobby horse.

All conflicting data slips through the dragnet, helped along by powerful subconscious filters.

Ms. Yellen — for example — clung to an unshakeable faith in the so-called Phillips Curve…

The Phillips Curve proposes a negative relationship between unemployment and inflation.

Yet Jim Rickards has hauled Mr. Phillips in for interrogation… and his famous curve straightened under Jim’s ruthless grilling:

(Yellen’s) a labor economist with a strong statistical bent. She believes in false models such as the Phillips Curve which posits an inverse relationship between low unemployment and higher inflation. No such relationship exists. In the late 1970s we had high inflation and high unemployment. From 2009 to 2016 we had low inflation and high unemployment. In the late 1980s we had low unemployment and low inflation… There were reasons for all of these episodes but the Phillips Curve had no explanatory or predictive power. Still, Janet Yellen used it as a guide for her failed monetary policies at the Fed.

The Delusional World of Mainstream Economists

The economy is a vast, Industrial Age machine to the Treasury Secretary-in-waiting and others like her.

Is it reluctant, hesitant, listless? In goes the high-test fuel.

Is it in danger of overheating? Pump in coolant.

Does it require lubricant? Loads of oil are on hand.

Does it gurgle, sputter, give off alarming clanks?

Simply adjust this dial. Twist that knob. Pull that lever. Tighten this screw. Loosen that one.

Consult the operator’s manual if you require guidance, drafted originally by Mr. John M. Keynes. There you will find your solution.

In this clockwork world, the standard economist lives. But that world has no actual existence…

The United States economy is not a machine.

It is a willful, capricious, chaotic and unpredictable riot of dizzying complexity. It will not submit readily to mechanical influence.

Nor will it be easily harnessed or corralled. As well try to herd wildcats.

Consider the previous 10-year economic expansion. Not one year of the 10 did the economy turn in 3% growth.

This, despite a furious barrage of monetary policy, with trillions and trillions of dollars raining down.

In contrast, all other expansions since 1980 averaged — averaged — 3.21% annual growth.

It is a plodding oaf, a 10-thumbed doofus, a helpless giant.

Janet Yellen is not Mr. Biden’s sole nominee. He is assembling an economic war council consisting of — in his telling:

Respected and tested groundbreaking public servants who will help the communities hardest hit by COVID-19 and address the structural inequities in our economy.

We have speculated that Ms. Yellen’s experience as Federal Reserve chair could enhance the coordination of fiscal and monetary policy.

But for what purpose?

Biden’s economic policies will be heavily influenced by the Bernie Sanders wing of the Democratic Party. The main economist for Bernie Sanders and his ilk is Stephanie Kelton, a Professor at the State University of New York and the leading theorist of Modern Monetary Theory (MMT).

MMT says that the U.S. can spend as much as it wants, borrow to cover the deficits and monetize the debt with Fed money printing. One of the keys to MMT is to treat the Treasury and the Fed as a single entity with a single balance sheet. That’s not legally true, but MMT insists that government can operate as if it were. This means merging Treasury and Fed operations into a single engine for spending, borrowing and printing.

Is this merger of monetary and fiscal policy the true purpose of La Yellen’s Treasury nomination?

What better way to achieve that merger than to appoint the former Fed head as the new Treasury head with her former Deputy still in place back at the Fed. Multi-trillion dollar deficit spending plans will emerge soon from the new Congress. Treasury will spend the money. The Fed will buy the Treasury debt with newly printed money. The U.S. will go broke. And, a clueless Janet Yellen will supervise the entire operation.

Jim’s tale raises the hair and freezes the blood. Is this America’s economic future?

Mr. Biden’s vice presidential selection, Kamala Harris, claims, “the American people are getting the economic team they need — and deserve.”

We are far from convinced that We the American people are getting the economic team We need.

But We may just get the economic team We deserve — assuming this month’s election was uncorrupted by fraud.

And to cabbage a phrase of H.L. Mencken…

We deserve to get it good and hard…