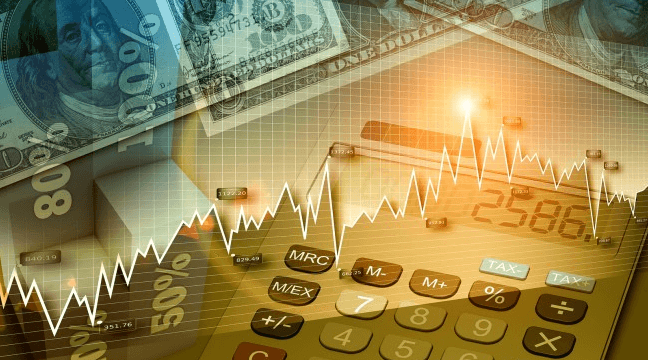 LONDON — Stocks appear to be ending the third quarter on a positive note, at least judging by this morning’s action in Europe.

Some reports suggest month-end or quarter-end rebalancing of portfolios lies behind the rally.

Let’s take a step back.

I’ve always thought the end of a calendar quarter is a somewhat arbitrary time to review the recent past. But it’s as good a time as any I guess.

So and where we could be heading next.

The Federal Reserve decision a couple of weeks back was done to death (I hold my hands up as one of the many culprits).

All I’ll say here is that it was an opportunity for the Fed to show faith in the state of the economy. To show that it believed in the recovery enough to ignore market wobbles.

That didn’t happen. And the market got even wobblier.

More interesting than the Fed staying put was the mood music coming from our own Bank of England.

Back in July, Governor Mark Carney noted that over half of UK mortgage holders would pay higher interest rates if the BoE hiked rates according to market expectations at the time.

After two years, three quarters of mortgagors would be paying more.

Do Carney and his Monetary Policy Committee colleagues think the UK economy strong enough for this?

We’ll find out. But I won’t be too surprised if they follow the Fed and keep on talking without acting.

Especially as the global economy continues to show signs of slowdown…

Lesson 2: The Commodities Pain Goes On

The Q3 commodities score card is not a pretty sight.

Here’s an extract showing how weak support has been for prices of two of the planet’s most important industrial commodities:

Both extended losing streaks that have become entrenched. Not a strong sign for global economic growth.

This has had a knock-on effect in equities. Mining companies, oil producers, pretty much anyone involved in the commodities space has taken a beating.

Its shares dropped by nearly a third on Monday after Investec analysts said they could end up worth zero if commodity prices don’t recover.

In early 2012, when he was at MoneyWeek, my Strategic Intelligence colleague David Stevenson issued a warning about Glencore shares just after it bought Xstrata.

Back then he was wary about commodities (the right call as it turned out).

Ever the contrarian, he’s interested again now. David gets interested in a sector when it’s battered and bleeding – that’s when there’s value to be found.

Now, in an ideal world you’d time the bottom of the market and buy into commodities at the optimum moment. But that approach is wholly unrealistic (forecasting doesn’t work, as those who do it professionally are all too aware).

So if you’re interested in playing a commodities turnaround (and we are) it’s a case of holding your nose and exercising patience (which may well extend to building a position slowly rather than in one bite).

And accepting the pain on days when stock markets sell off.

Which brings me to Lesson 3…

The first half of 2015 saw stock markets set new highs, with the S&P500 hitting its peak in May.

But it didn’t feel like a go-go market. The gains were small. The market was inching higher, like a fatigued rock climber.

Then, in Quarter 3, stock markets cracked.

China took the blame as the proximate cause. But, to deploy a favourite metaphor of Jim Rickards, the snowflake’s not what matters – it’s the instability of the snow.

One thing August’s action showed is that what happens in emerging markets affects developed market sentiment. This, I believe, is one reason the Fed shied away from raising interest rates. It fears a rate hike would hurt emerging markets, and rebound back on the US economy.

Keep an Eye on the Currencies

I went to a strategy presentation in the City yesterday (my compliments to Commerzbank, which hosted the event).

One chart in the presentation showed how emerging market currencies have fared this year against the US dollar.

Everything was down – except the Hong Kong dollar (which is pegged to the US one, at least for now…).

The Brazilian real was the biggest loser. Ukraine’s hryvnia, Turkey’s lira and Malaysia’s ringgit have also been smashed.

China’s yuan has depreciated too, albeit only a little. The important Q3 development there though was of course the breaking of the dollar peg.

Focusing again on Q3, the dollar treaded water against major currencies over the last three months. The important point though is it remains at elevated levels compared to where it’s been over the last five years.

This is justified to an extent – the US economy is a rare bright spot in a gloomy global picture.

The wrinkle though is that the Fed and BoE are talking about raising rates, something which you’d expect would push the dollar and the pound higher against other currencies (making imports cheaper and exports less competitive).

At the same time, the central banks of Japan and the Eurozone look likely to go the other way and ease monetary policy further. You’d expect this to weaken their currencies.

So in effect, the world seems to be looking to the US (and, to a much, much lesser extent, the UK) to provide the demand for goods and services that will drag the rest of the world out of its funk.

Which invites the question: Just how strongly can those economies perform?