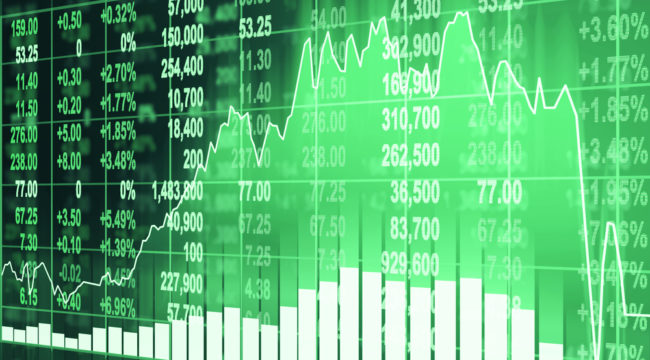 This Is When Emerging Markets Crisis May Hit U.S. Markets

The Dow Jones was up nearly 400 points today, led by blue chips Walmart and Boeing.

Walmart soared after posting its best sales in over a decade.

And so the daily soap opera continues, with its twisting plots, rotating characters… and fleeting love affairs.

Turkey, the past week’s main antagonist, has gone offstage — at least for now.

But for how long?

The crisis was in swing by early July 1997, when Thailand suddenly devalued its currency.

Panic spread throughout emerging markets as Indonesia and others followed in train.

Anxious credit fled emerging markets as fast as legs could take it.

But the drama did not impact U.S. stock markets for months.

It was not until late October that the blade swung this way… nearly four months later.

And Turkey is not Thailand. The actors, the script, are different.

But if this history repeats — or at least rhymes — any blow from the present drama could land in November or December.

Recall, the S&P plunged nearly 7% in one day four months following the initial contagion in 1997.

Meantime… researchers at Technical Traders peered into their charts… and also divined trouble for November:

These prognosticators believe they have pinpointed “a means of structurally understanding the U.S. capital markets in relation to risks or reversal and crisis contagion.”

Technical Traders believes this massive capital shift (potentially $7 to $15 trillion) is “likely the largest the planet has ever seen.”

They therefore believe U.S. markets have a solid three-plus months ahead of them:

We believe the U.S. stock market could continue much higher at this point, depending on how the global markets react to this shift in capital and the longer-term debt issues that are playing out… [it] should continue to push higher for at least the next 90-plus days till near November 2018.

Their technical hocus-pocus — based on volatility patterns, capital markets-to-GDP ratios, market rotation and other arcana of the trade — reveals a rift in the lute:

There is a relatively strong likelihood that some type of deeper price correction will hit the U.S. markets — possibly a bit sooner or after this date… November or December of 2018 appears to be a time where prices may rotate a bit more violently to the downside.

You are free to salt this information according to your taste — the tools of technical analysis are less than infallible.

Yet we begin to suspect November (and December) may prove interesting months.

Keeping to November, it is the time of midterm elections.

The odds market indicates the Democrats will seize the United States House of Representatives.

PredictIt — “a stock market for politics” — gives the business a roughly 65% chance.

Assume for the moment its soothsaying proves true.

Will Democrats attempt to reverse Trump’s business-friendly policies that helped lift markets since his election?

Or will at least the prospects of which give markets a good fright?

Furthermore, will the House vote to impeach the president?

A conviction would require a two-thirds Senate majority — unlikely barring a stunning Democrat victory in November.

But the political theater alone could play the devil with markets.

And if a delayed reaction to Turkey’s unfolding crisis comes home around that time… the double blow could pack quite a wallop.

We speculate of course… as is our wont. And we hazard no formal prediction.

We merely consider possibilities and examine odds… come what may.

As our co-founder Bill Bonner is fond to say:

“Sometimes right, sometimes wrong, and always in doubt, we just try to connect the dots.”

Zach Scheidt shows you why he thinks the market has a good solid run ahead of it — at least, perhaps, until November.

Editor’s note: Stocks could be in for a major run. And we just received this urgent market information coming all the way from the coast of Italy.

Even though this message is coming from across the pond, it could have a huge impact on Americans looking to retire or existing retirees…starting this weekend.

If you’re familiar with text messaging, this brief video clip could be life-changing.

Just take a minute to click here and see this urgent message.

This could be your last chance to see it. Again, this is about what’s happening this weekend, so it disappears from the web tomorrow at 3 pm. Click here for the details.