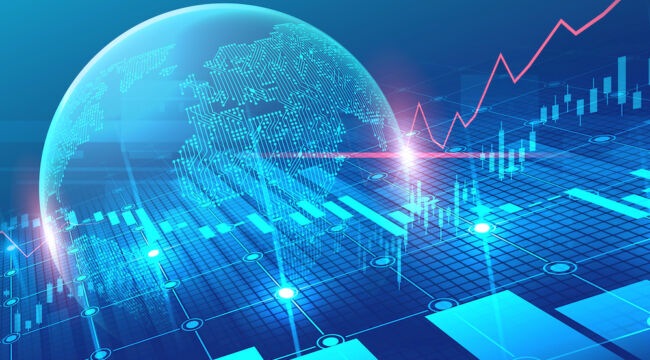 Both scarce and infinite, time passes in paradox. Money is tokenized time. In a fungible form, it expresses this ultimate scarcity in economic transactions.

Back in April 1998, when the price was $14.47, I urged the readers of the then Gilder Technology Report to buy Amazon.

I was not the first. Having gone public in 1997, Amazon had surged to more than a billion-dollar market cap.

Jeff Bezos himself had signed me up for the service at a dinner party at Microsoft scientist Charles Simonyi’s castle on Seattle’s Lake Washington. As the inventor of Word, Simonyi was a Microsoft star, and his shine reflected on Bezos.

During the next thirteen months, Amazon became a ten-bagger, reaching $148.38 by May 11, 1999. During the next two decades or so, with many ups and downs, its market cap surged more than a thousand-fold to over a trillion dollars. It is now at $1.54 trillion.

Because of what I now call the “Outsider Trading Scandal” — the SEC’s rule: “Don’t Buy Anything You Know About” — I did not buy my own list. So I gained chiefly from my own conference and newsletter business, which had more than 100,000 readers at its peak.

Among many early picks — from Intel and Micron to Applied Materials and Qualcomm — what interests me about my Amazon choice today was that I explicitly explained Amazon with my time theory.

Governed by “the speed of light” and “the span of life,” time, in my view, was the only significant scarcity in a world of free minds and imaginations.

Amazon, I said, was important because it was a “life-span extender.” It radically reduced the search and fetch times of buying books and other goods. Now, with far more competition, it is making similar gains in the provision of services, such as music and video.

In touting Amazon, I was near to defining time-prices, but I never grasped the full implications until a year ago when I discovered the historic Tupy-Pooley effect.

Time-Prices as a Measuring Stick

Together, they are revolutionizing the methods and meanings of economic statistics by recognizing the centrality of time.

In the process, they dissolve the noose of material scarcity from which the corpse of modern economics has long been hanging, when it has not plunged outright into the morass of mechanism.

Economics can neither measure nor explain human agency while pursuing the materialist superstition: the flat universe theory of physical and chemical determinism and scarcity. To make it work at all, physicists play with the idea of “infinite multiple parallel universes.”

Hey, if your theory won’t work without inventing new universes, you don’t have a theory, you have a secular religion. If your secular religion does not have a role for human invention and creation, it is a nihilist Moloch. It cannot enlist human passion or explain human progress.

From the grip of a mechanical psychology of material incentives — rewards and punishments, pleasures and pains, greed’s and fears — “social science” is feckless to fathom its subject: human action. Humans created in the image of their creator.

Physics ordains the conservation of matter. It’s out there folks, and it is not running down or running out. All the atoms and molecules since the beginning of time are available to our minds and imaginations, our creativity and our engineering.

But no doubt about it, we do experience scarcity. What remains scarce when everything else is abundant is time.

The “Information Theory of Economics”

Giving substance to a central theme of the “Information Theory of Economics” — moneyis time — Pooley and Tupy leave in ruins all the zero-sum illusions of “sustainability,” money supply, “zero-interest rates,” “inflation,” and “peak energy” concepts that dominate current academic economics.

Overthrowing Lord Robbins’ canonical definition of economics as the science of scarcity — of allocating scarce resources to competitive ends — they begin by documenting the dynamo of abundance.

In the Tupy-Pooley formula, the time price of anything is the hours it takes to earn the money to buy that thing. Tupy and Pooley estimate that since 1980, time-prices have declined a whopping 72% while the world’s population increased by 71%.

What the Tupy-Pooley effect tells us is that people are minds and imaginations, not mouths and stomachs. Mouths and stomachs, after all, are shared by dogs and worms. More people means more abundance. All scarcity is an effect of government planning and government “guarantees.”

When the world fully absorbs the power of the Tupy-Pooley effect, investment and enterprise will never be the same again. It will make history.

In my view, the leading time-price company may still be AMAZ. In everything it does it is squeezing the time out of good and service delivery. This shrinks the time any worker needs to spend to earn the money to buy Amazon’s goods and services.

Befogging all companies and their shares, though, is the false notion of money supply regulated and manipulated from the top as a token of power and politics rather than a token of scarce and infinite time.

Money partakes of the paradox of time. It is scarce. But it has no ultimate limits beyond the creative imaginations of human beings. In a real market, banks expand it in response to the emergence of real opportunities pursued by their customers who accept the risks of failure and the disciplines of learning.

The quantity of money responds only to the creativity and investment of entrepreneurs with no government guarantees except the rights to property and the freedom to surprise the world with new inventions.

Incorporating Pooley and Tupy’s time-price framework into corporate strategy would lead to metrics to measure the speed of innovation and hence to financial performance.

A host of deep learning/AI tools are emerging today to help companies innovate faster. There are also companies that create software to precisely track how fast company products are generating profits.

The history of time prices is now about to detonate, with the impending ignition of Tupy and Pooley’s new book in 2021. Among the Tupy-Pooley effects will be a transformation of the understanding of money as tokenized time.