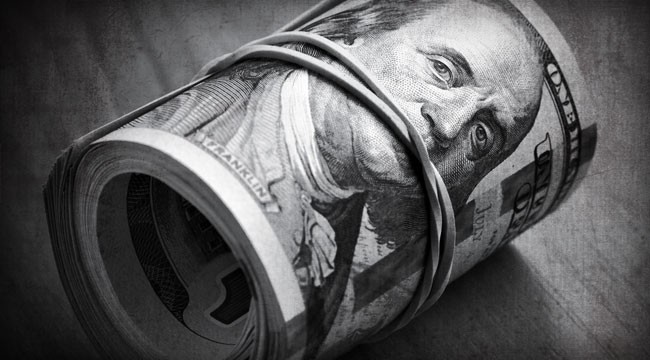 The Truth About Inflation

Light the fuse! Send up the rocket!

Janet Yellen has at last unearthed the key to economic recovery. The answer, said the great and good Ms. Yellen on Friday, is a… “high-pressure economy.”

If we ponder that demand is keeping back the outlook, Yellen honks, “The natural next question is to ask whether it might be possible to reverse these adverse supply-side effects by temporarily running a ‘high-pressure economy,’ with robust aggregate demand and a tight labor market.”

Adding “robust aggregate demand to a tight labor market” is Keynesian for inflation.

Janet seems to be saying that she and her mates should lay off the old-time inflation religion. Bend the rules a bit. Let inflation out of its cage for an inning or two. Maybe it can give growth a boost.

Jeffrey Gundlach is chief executive of DoubleLine Capital. Here’s his interpretation of Janet’s Keynesian flapdoodle: “You don’t have to tighten policy just because inflation goes to over 2%… Inflation can go to 3%, if the Fed thinks this is temporary.”

Thomas Simons, economist at Jefferies, confirms Gundlach’s take. Yellen’s comments “show she is willing to let inflation run a little bit higher than [the 2%] target for a time and that the Fed is going to err on the side of being a little too slow in [raising rates] rather than too fast.”

We have full confidence in Janet’s umpiring. We’re sure she’ll give inflation the business good and hard if it starts making a show of itself.

Good thing, too. We have it on solid authority that inflation is eyeing a comeback…

Three key measures of inflation have recently lurched across the Fed’s threshold of 2%. The only one not above 2% is the core personal consumption expenditures index. “But that’s near 1.75% and rising,” according to commodities analyst John Ross Crooks.

Basement-level oil prices have been a primary reason for inflation’s poor showing. No inflation, no need for rate hikes. And no rate hikes meant Janet’s been able to keep the stock market going in the grand style to which it’s grown accustomed. But all things must come to their natural end…

We see gasoline prices are mounting a bit of an insurrection these days. AAA reports a gallon of regular’s fetching around $2.25 nationwide. Eight cents higher than a month ago. “That’s a big jump in 30 days,” says AAA, “especially at a time when prices are usually headed lower.”

And, says ZeroHedge, “The recent pickup in gas prices is set to have an even sharper upward impact on the consumer price inflation basket.”

Andrew Sheets is Morgan Stanley’s chief global asset strategist. He says oil was so low last year it can only go higher. And inflation can make a lot of noise once word gets out: “Such swings create the potential for rapid change in usually slow-moving year-over-year inflation numbers.”

Jim Rickards has said the seeming price stability of the past few years is a smoke screen. It masks a great tug-of-war between deflation and inflation. Eventually, one wins. And if inflation be the victor…

Inflation, then, is like a supertanker: Hard to get moving. But once moving, hard to stop. Paul Volcker had to order interest rates to 20% to stop inflation dead in 1981. Imagine trying that today.

So what about Janet’s “high-pressure economy,” where she gives inflation some slack and sees what happens? What if it runs off and keeps going?

Once again, old Janet finds herself in the same devil of a fix…

Raise rates to head off inflation and she throttles growth. And maybe crashes the stock market in the bargain. Don’t raise rates in the face of rising inflation, give this “high-pressure economy” thing a shot, and inflation could slip its leash. The inflation everyone’s feared all these years could finally get it’s revenge.

Then she’d have no choice but to raise rates… for real. No more quarter-point charades. What happens if rates rise for real? We leave that question to your imagination.

But how hot? And what if the whole thing erupts in flames?