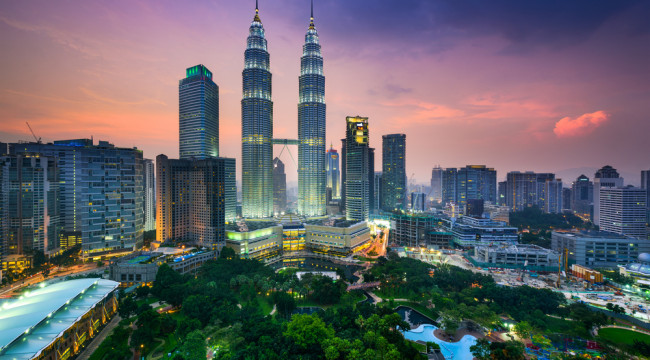 The Strange Case of 1MDB

On Dec. 1, 2015, I received the following urgent message from a friend in Malaysia:

I need to send a secure email to you on behalf of  __________. I will not be using my usual email… To which email address should I send the message? You may have been informed that the government incarcerated me for six weeks…

More on that in my message.

The news came as a shock. My friend Jong Lee [not his real name] had been thrown in jail by the repressive Najib regime in Malaysia.

I quickly organized a separate encrypted communications channel so we could continue our dialogue. Of course, all message traffic is intercepted by U.S. and Malaysian intelligence services. But with the multiplicity of channels today, and military-grade encryption available to civilians, it is possible to maintain some privacy. One key is to switch channels frequently to stay “one step ahead” of intelligence intercepts.

Fortunately Jong Lee is safe for the moment, but his actions are under constant scrutiny by Najib’s henchmen. He could be arrested and interrogated again at any time.

I was in Kuala Lumpur, the capital of Malaysia during two separate visits in July and August 2015. While there I spent time with many of the most distinguished citizens of the country. They included former cabinet ministers, academics, central bankers and the billionaire heads of the leading firms in tin, rubber and palm oil — the leading resource exports of Malaysia. Those visits were my first acquaintance with Jong Lee.

The highlight of my first visit was a small group celebration for the 90th birthday of Tun Mahathir Mohamad, the prime minister of Malaysia from 1981–2003.

Mahathir is the single most important political figure in the history of Malaysia since its independence from the United Kingdom in 1957. Mahathir was in robust good health and cheerfully blew out the candles on his birthday cake.

Jong Lee had been with us at Mahathir’s birthday party. He was thrown in jail just weeks after I had last seen him. His crime? Peaceful, legal protest against one of the most corrupt regimes on earth led by the current prime minister, Najib Razak.

As late as 2013, Malaysia was regarded as a model democratic success story with robust growth, a stable currency, ample hard currency reserves and a steady flow of foreign investment.

Now, in 2016, Malaysia is a pariah. At least $2.4 billion of funds belonging to the people of Malaysia has been looted. The funds were looted from 1Malaysia Development Bhd. (or, “1MDB”), a Malaysian sovereign wealth fund. This looting was facilitated in part by Goldman Sachs, which raised some of the cash that was subsequently diverted.

The administration of Prime Minister Najib is the target of four separate criminal investigations. The focus of those investigations are 1MDB transactions being conducted by authorities in Singapore, Switzerland, Abu Dhabi and the United States. At least $700 million of looted funds were deposited directly in Najib’s personal bank account.

Scandals can erupt at any time and quickly spillover into the larger political, economic and global arenas with unexpected consequences. Corruption risk is difficult to quantify — it’s like an unseen snowflake that starts an avalanche. Yet, a financial avalanche should surprise no one. There is always a potential avalanche waiting for a single snowflake to bring the whole mountainside crashing down.

The details of the Malaysian scandal have been widely reported by The Wall Street Journal, Bloomberg and local publications such as the Sarawak Report. Despite its mind-boggling complexity, the essential facts can be boiled down to a simple outline in plain English.

Central banks are usually limited to short-term cash equivalents such as U.S. Treasury bills. Sovereign wealth funds exist all over the world and control trillions of dollars of investments.

Most sovereign wealth funds are fairly transparent, conservative and well-managed. 1MDB was set up as the Malaysian sovereign wealth fund in September 2009, shortly after Najib became prime minister in April 2009. Najib was not only prime minister, but also named himself finance minister. By doing so he controlled Malaysia’s politics and finances at the same time. The conflicts were obvious. Some protests were raised at the time, but no serious objections stood in Najib’s way.

In addition to Goldman Sachs, one of the facilitators of corruption at 1MDB is a shadowy figure called Jho Low. He is now in his mid-30s and originally from Malaysia. He went to school in London and attended Wharton before insinuating himself into the Najib inner circle in 2008.

With control of billions of dollars in 1MDB, and Jho Low at his side, Najib got down to the serious business of looting the Malaysian people.

In 2009, 1MDB invested $1 billion in a Saudi Arabian joint venture with PetroSaudi to launch energy projects. However, only $300 million was wired to the PetroSaudi account. The remaining $700 million was diverted to an offshore account controlled by Jho Low. 1MDB’s auditors, Ernst & Young, were later fired for raising questions about transactions at PetroSaudi.

In 2010, 1MDB sold its PetroSaudi stake for $2.32 billion and diverted the proceeds to a Cayman Islands fund. However, this and other PetroSaudi transactions consisted of paper transactions between affiliated entities designed to inflate profits while producing no cash. Meanwhile, the $700 million of actual cash from the original investment is still unaccounted for.

Najib next approached Goldman bankers at the Davos World Economic Forum in Switzerland in January 2013. He said he needed $3 billion in a hurry. Goldman underwrote a $3 billion bond issue for 1MDB in March 2013. It earned almost $300 million in fees, about 10% of the bond issue. That’s an extraordinarily large fee for a bond issue by a sovereign entity.

Just days after the bond issue was complete $681 million was wired directly into Najib’s personal bank account. The source of funds is unknown, although Najib claims it was a “gift” from an Arab friend.

Through the maze of transactions 1MDB managed to incur $11 billion in debts while losing money on many of its investments. It is unclear if the fund is even solvent today.

While discussing 1MDB with Mahathir, he asked if I had ever heard of a sovereign wealth fund borrowing money. I had done extensive research on sovereign wealth funds for the U.S. intelligence community over the years because of possible threats to U.S. national security.

The official corruption in Malaysia is pervasive. A former mistress of Najib was found murdered. The death was inflicted with military-grade explosives. The persistent rumor that I heard in Malaysia is that this murder was ordered by Najib’s wife, Rosmah Mansor.

If true, this presents the spectacle of the spouse of a prime minister intervening in the military chain-of-command to order the murder of an innocent civilian. Not since the days of Ferdinand and Imelda Marcos (and before them, Juan and Evita Peron), has husband-and-wife corruption run so deep.

Now the entire house of cards constructed by Najib and Jho Low is crumbling. Jho Low has disappeared (and is presumably in hiding). Many 1MDB and Najib-linked bank accounts have been frozen by authorities in Singapore, Switzerland and elsewhere.

But Najib’s response, rather than come clean, has been to double down with threats, firings and more cover ups. In rapid succession, Najib shut down local newspapers, fired his Deputy Prime Minister and replaced his Justice Minister.

Certain individuals with direct knowledge of relevant facts have gone missing and are feared dead. The independence of investigations has been compromised through firings and intimidation.

For now, there is little recourse for civil society in Malaysia. Najib remains firmly in control and struts around the world stage as host of ASEAN and other regional conferences in Kuala Lumpur.

Najib also reminds locals of his close personal relationship with President Obama (the two played golf in Hawaii last year). Malaysia got a boost from being one of the founding members of the Trans-Pacific Partnership (TPP), an important free trade zone including the U.S., Japan, Canada, Chile and a number of East Asian countries (pointedly excluding China).

TPP is the centerpiece of Obama’s free-trade legacy, and he has pursued cordial relations with Najib as part of his effort to secure the deal.

This entire turn of events is saddening. Malaysia is a potentially rich nation. In the short run, it is stuck in the so-called “middle-income trap” where per capita income has been lifted out of poverty, but seems stuck below the level of developed economies.

The everyday Malaysians I met are friendly and easygoing. They are well-aware of the corruption, but powerless to change government in the short run (the next elections are not until 2018).

Najib is not home free. The U.S. Federal Bureau of Investigation is pursuing the case from a money laundering perspective. The FBI has clear jurisdiction because of the U.S. presence of Goldman Sachs, and the use of the U.S. dollar payments system to effect the looting.

For investors, the lesson is clear. Malaysia is a “no go” zone for the foreseeable future. Huge investor losses were incurred there in 2015 not because the long-term fundamentals were bad (they aren’t), but because the short-run politics are corrupt.

Your worst enemy is not risk, which can be measured and managed, but uncertainty, which cannot. Political corruption and out-of-control greed emerging in an otherwise stable democracy make for a classic case of uncertainty. This uncertainty is not going away soon.