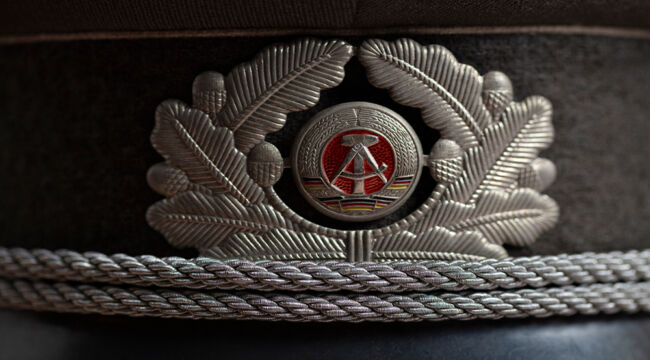 IS the tattle-tale the new American patriot?

This Thanksgiving weekend, we hosted family members. One afternoon — having explored fully our own hamlet — a spirit of wanderlust seized them.

Washington, D.C., some 25 miles distant, was the destination selected.

We stepped into our waders, plugged our nostrils… and trekked into the foul, treacherous swamp.

Our travels concluded in upscale Georgetown and the splendid settings of its eponymous university… where we lolled among the “dreaming spires” of academia.

Being Thanksgiving weekend, the snoozing campus was nearly as vacant as a congressman’s cranium… or a Joe Biden campaign rally.

All was silence. All was peace.

We never passed within 100 feet of strangers. All, incidentally, wore surgical masks upon their faces.

Your lawless editor did not. He had flouted the orders posted at the entranceway to cover his face.

That is because the odds of catching or spreading the virus outdoors, in a thinly populated open space… likely approach zero.

Do we speculate? No.

Only one study… of over 7,000 studies… identified one solitary case of outdoor transmission.

“There were virtually no cases that we could identify that took place in sort of everyday life outdoors.”

Another group of German, British and American scientists arrived at this conclusion:

“While it is not impossible, there is no evidence that COVID-19 has been transmitted when people walk past each other outdoors.”

Again, we did not pass within 100 feet of a stranger… much less walk past one.

After a long and healthy roam we had the exit in mind. We lit out in that direction, pausing to read a plaque nailed to a wall.

That was when a sudden blast directly astern of us shattered the silence, the peaceful silence:

“Sir, you are required to wear a mask at all times on this campus!”

If Only Looks Could Kill

There stood a woman — masked, flummoxed, incensed — eyes blazing with the heat of a hundred suns, a thousand suns.

We would be six feet under sod if eyes could murder. Hers had homicide in them.

A moment or two of silence passed.

Then, having stood up to evil, she resumed course and heading, building to flank speed.

Some 50-75 feet beyond our pathogenic influence, the schoolmarm glanced rearward. Did we heed orders?

Of course… she risked greater odds of infection by stopping to accost the barbarian within the gates, the barefaced devil besieging Georgetown University.

We eventually executed a casual exit… and proceeded to menace the neighborhood beyond… maskless, reckless, Jack the Ripper running at large.

We were half-surprised the scold didn’t yell for the police. These days a fellow cannot be certain…

The Stasi Comes To America

These goons were constantly on the hunt for renegades. That is, dissidents who dared question Communist authority… who would not march in step.

The Stasi was notorious for running a ubiquitous surveillance network in which neighbor spied upon neighbor and co-workers spied on each other. There were rewards for reporting dissidents to the police and severe punishments for those who did not toe the party line.

If you do not believe it can happen in these United States, Jim says have another guess. Look to the Great Northwest:

If this kind of activity seems long ago and far away, think again. The policies of the Stasi are now being used in the United States. The State of Oregon is now under an extreme form of lockdown order imposed by Governor Kate Brown…

When some citizens refused to go along with her senseless plans, she said neighbors should spy on neighbors and call the police if they observe any behavior that does not conform to her orders. Apart from being bad public health policy, her orders are probably unconstitutional. Fortunately, many local sheriffs are refusing to enforce her orders and many citizens are ignoring them also. East Germans could not ignore the Stasi without grave consequences. Governor Kate Brown and her neo-Stasi approach are easier to ignore — so far.

Will there come a time when the neo-Stasi approach is far more difficult to ignore?

We must be alert to the possibility. But does the greater terror spring from our own fellow citizens?

Dr. Mark McDonald practices psychiatry within the state of California. From whom:

We don’t need a police force. We don’t need a secret Stasi to go after the neighbor that isn’t wearing his mask on a park bench. We have families who are willing to do that.

We have office workers [who] will come by and mace you if you are not wearing a mask, and no one will come to your rescue. In fact, they’ll probably applaud it.

A “delusional psychosis” he labels it, grounded in a quaking fear that has:

Grown and become so entrenched that it has reached a state of what I would call delusional psychosis. A delusion is a fixed false belief that is contrary to reality.

Less than one percent of the population accounts for over 90 percent of all the deaths, “which occur in people” over age 70, mostly over age 80, with at least two and a half to three comorbidities, according to the CDC.

Other than that group of people, we really are not at risk of hospitalization or death in any meaningful way from this virus…

Yet Dr. McDonald’s greatest concern is that the hysteria is:

Going beyond fear, going beyond the crazy itself, to what I would call group control…

What appears to me is a country which is using its own citizens as a de facto police force, very similar to communist China, that has a social point system in place where neighbor informs on neighbor, family informs on family.

America’s framers wrote in the First Amendment to wall off speech from government invasion.

Yet today, “Big Tech” is the censor that polices speech.

Yet they can tape your electronic mouth if they dislike your speech.

Free speech under the First Amendment, yes. But free speech?

Similarly, do we need a Stasi if our own fellow citizens will knock us over the head for failing to wear a mask outdoors?

Meantime, our neighbors can eye us through peepholes as diligently as any undercover agent.

We have located an excellent candidate for this Stasi militia of citizens.

You can find her prowling the grounds of Georgetown University…