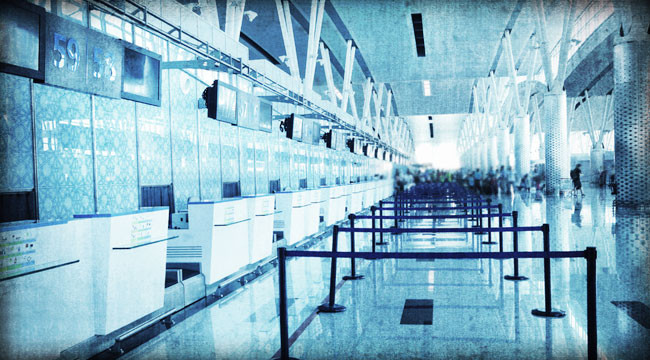 The Real Travesty of the Shutdown

A tense drama unfolded this week with the virtual shutdown of vital government agencies: the Commodity Futures Trading Commission, the Consumer Financial Protection Bureau, the National Labor Relations Board, the Equal Employment Opportunity Commission, as well as many other such federal agencies. Without them, the Founding Fathers could not have imagined the republic.

Even if fewer than one-fourth of federal personnel are furloughed, many Americans expressed fear and outrage. “Babies will soon be dying in the streets,” complained a distressed mother while drinking her latte at Starbucks. Many taxpayers were similarly dismayed by the shutdown of IRS audits. “How can I maintain my blood pressure at a safe level when I know that the IRS will not audit me?” asked a Massachusetts patriot. “If I need surgery,” he added, “I don’t even know if the surgeon general will operate on me.”

President Obama, who knows that government and the economy are one and the same thing, declared that America was victim of an “economic shutdown.” Sen. Dianne Feinstein (D-CA) echoed him by referring to the situation as a “shutdown of the solar system and even the Milky Way.” Her colleague Sen. Tammy Baldwin (D-WI) was not happy with the hyperbole: “Don’t attack my state,” she quipped.

Although many services to the public are shut down, federal law enforcement is expected to continue with its usual viciousness.

The National Security Administration is, along with the Securities and Exchange Commission, among the agencies that stayed open. (In another sense of the word, the NSA has also been a bit more open since Edward Snowden revealed some of its dirty secrets.) Despite reduced personnel, the NSA will dutifully continue to monitor the citizens of the freest country in the free world. Similarly, the secret court is expected to continue issuing its secret rulings for secret eyes only.

The D.C. establishment is also happy that the armed forces were spared furloughs. They will continue to stand guard, as always, to protect the life, liberty, and pursuit of happiness of Americans on American soil.

Although many services to the public are shut down, federal law enforcement is expected to continue with its usual viciousness. Hunters can’t purchase their required hunting licenses to hunt migratory birds, but they will be charged with poaching if they hunt without the feds’ permission.

The government capacity to make door-to-door searches will not be affected. And the ratio of militarized police to hunted suspects will remain around 5,000-to-1.

Meanwhile, senators and representatives are going for each other’s throats in raw debates, suggesting to the outside observer that the rule of law has become the lure of raw.

A few extremists, however, are happy with the shutdown. A housewife in rural Massachusetts, who refused to give her name and to answer questions by phone or email, said, “It’s about time they get shut down. They don’t miss an opportunity to put us in lockdown.” In Deer Trail, Colo., one of the proponents of municipal licenses to shoot down government drones declared that “what we need is not the government to shut down but to be shot down.”

One American who expressed disappointment was Joe Jefferson of Austin, Texas. Young, black, and trying to make ends meet in the drug market created by government prohibition, Jefferson knew he was bound to be arrested and jailed at some point. He was shocked, however, that it would happen just when the government had been shut down.

Carried away in shackles from the court to start serving his 10-year sentence for selling a few ounces of pot, he shouted to the crowd: “How can they do this when the government has shut down? Were they lying once again?”

This newspaper is closely monitoring the situation, including the more serious debt-ceiling issue, and will report regularly to its readers in the Galaxy.

Ed. Note: The last thing the country needs is more regulation. But that’s what we’re likely to get, when the government finally comes back online… which, like it or not, it certainly will. Best to be prepared. Laissez Faire Today can help with that. Every day it offers readers unique opportunities at actionable investments. It’s the best way to grow your wealth in the face of government incompetence. Sign up for FREE, right here.

Walmart, Target and TJX Reel From Delayed Tax Refund Checks… But Not For Long…

Today, Zach Scheidt explains why many tax returns are currently delayed, and what this means for your portfolio…