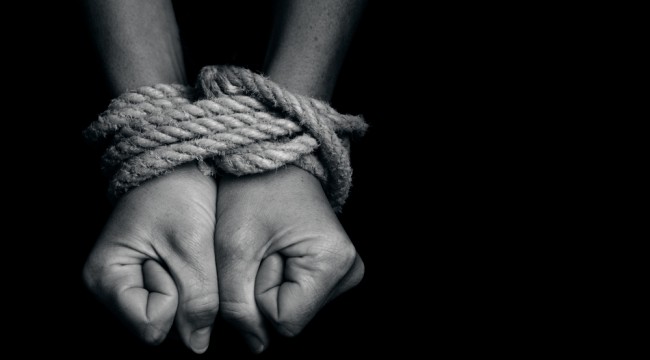 The NSA Speech: Obama Accepts the Logic of Staying Terrorized

For critics of the surveillance state, it is tempting to see President Obama’s speech a few weeks ago as a partial victory: Prompted by Edward Snowden’s leaks and the public pressure for National Security Agency reforms, he announced significant changes to the program that collects and stores information about all telephone calls. And he promised that the masses in foreign countries will enjoy new protections. The substance of these and other proposed reforms is better than nothing.

Alas, any good feelings about marginal progress are undercut by a number of factors. Most alarmingly, announcing these reforms may relieve some of the pressure on the White House to rein in the surveillance state, even though they are wholly inadequate to protect the privacy of Americans or to prevent official abuses. (This is underscored by the fact that Obama’s reforms exclude so many recommendations made by the advisory panel he convened to study the matter.) James Oliphant illustrates how little is changing with particular succinctness:

After his speech, keep in mind how the status quo has, or has not, been altered:

2. It will be kept, at least in the short-term, by the government until Congress figures out what to do with it. (And don’t think the telecom lobby won’t play a role in that.)

4. Searches will be approved by a court with a record of being friendly to the government, one without a new privacy advocate.

5. National security letters can still be issued by the FBI without a court order.

6. Much of this activity will remain secret.

There is, as well, the possibility that even the inadequate reforms Obama announced will never happen. The possibility should not be discounted, given the fact that the Guantanamo Bay prison remains open, the CIA continues to engage in semi-targeted killing, and drone strikes continue where there is significant risk of civilian casualties. A comprehensive list of War on Terror-related promises that Obama has made and broken would be much longer. Will he follow through on today’s promises? The news media should not assume so. This president has used speeches just like this one as diversions before.

More broadly, the speech is a reminder of how thoroughly Barack Obama has been co-opted by the national-security state, compared to his days as a U.S. senator, when he so eloquently articulated the dangerous excesses of the War on Terror. (Today’s most striking example is the way he described the CIA’s torture of prisoners during the Bush Administration as “enhanced interrogation techniques.” His deference to the CIA’s feelings certainly has blossomed.)

The president began his speech on NSA reform by harkening back to “the dawn of our republic,” when a small, secret “surveillance committee” was established in Boston. “The group’s members included Paul Revere,” he said, “and at night they would patrol the streets, reporting back any signs that the British were preparing raids.” In this telling, the patriots, literal revolutionaries rebelling against the government of their day, were forerunners of the National Security Agency.

That is egregious historical malpractice. In fact, King George’s colonial overseers and the general warrants they enforced are much closer analogues to domestic-surveillance efforts today. Had colonial governors had access to five years of communications metadata and “two-hop” network analysis, it is highly likely that they would’ve arrested the Founding Fathers, tried them for treason, and sentenced them to death for their crimes.

Obama is on firmer ground a bit later in his speech, when he talks about the importance of codebreakers during World War II and the subsequent need for foreign intelligence during the Cold War, when the threat of nuclear annihilation was significant. But his segue from the end of the Cold War to the War on Terror is a foundation more wobbly than much of America is yet willing to recognize.

Yes, terrorism poses a scary threat to our safety. But as horrific as the Sept. 11 attacks were, as much as we mourn the 3,000 people who died in those attacks, and as much as we ought to guard against future attacks, the loss suffered that day is not comparable to the existential threat posed by the U.S.S.R. The balance between security and liberty ought to be tilting toward the latter, even as surveillance on a scale unprecedented in U.S. history is expanded yearly.

The whole War on Terror has unfolded according to similar illogic. National-security leaders behave as if preventing even a single terrorist attack is so important that, to marginally decrease its likelihood, it was incumbent upon us to torture prisoners, invade Iraq, and establish a system of mass surveillance on hundreds of millions of innocents to identify a tiny minority of terrorists. So long as the NSA is charged with stopping every Boston bombing-style attack, and given more power until it can do so, it will verge toward totalitarianism, because no society can stay free and eliminate the risk of terrorism. That truth is one that can never be found in Obama’s speeches.

Another problem with the president’s speech is the emphasis present day Obama puts on the intentions of the intelligence community. For example, he said:

“…Nothing in that initial review, and nothing that I have learned since, indicated that our intelligence community has sought to violate the law or is cavalier about the civil liberties of their fellow citizens.

“To the contrary, in an extraordinarily difficult job — one in which actions are second-guessed, success is unreported, and failure can be catastrophic — the men and women of the intelligence community, including the NSA, consistently follow protocols designed to protect the privacy of ordinary people. They’re not abusing authorities in order to listen to your private phone calls or read your emails. When mistakes are made — which is inevitable in any large and complicated human enterprise — they correct those mistakes.”

Did you catch that phrase? He didn’t find anything that indicated the intelligence community “has sought to violate” the law. He doesn’t mention finding that they did, in fact, violate the law, whatever their intentions. Isn’t that what matters? And the part about their zealousness in correcting mistakes is undermined by the findings of the FISA court, which was frustrated with the NSA on that count.

In another passage about the intelligence community, Obama tells us:

“…Just as ardent civil libertarians recognize the need for robust intelligence capabilities, those with responsibilities for our national security readily acknowledge the potential for abuse as intelligence capabilities advance and more and more private information is digitized. After all, the folks at NSA and other intelligence agencies are our neighbors. They’re our friends and family. They’ve got electronic bank and medical records like everybody else. They have kids on Facebook and Instagram, and they know, more than most of us, the vulnerabilities to privacy that exist in a world where transactions are recorded, and emails and text and messages are stored, and even our movements can increasingly be tracked through the GPS on our phones.”

Yes, the intelligence agencies are filled with lots of honest, honorable Americans, but for goodness’ sake, the men who spied on Martin Luther King were the friends and family members of regular Americans. They had churches they attended and preachers they honored. The Watergate burglars belonged to political parties and understood the importance of their being able to keep secrets from their opponents more keenly than most. Either Obama is being disingenuous in that passage or he fundamentally doesn’t understand the nature of civil-liberties abuses.

A final reason that what Obama proposes is inadequate: Many of his reforms are just intra-executive branch changes that any president could tweak or reverse at any time. The directive he released even has an “all of this is contingent on my whim” clause:

“Nothing in this directive shall be construed to prevent me from exercising my constitutional authority, including as Commander in Chief, Chief Executive, and in the conduct of foreign affairs, as well as my statutory authority. Consistent with this principle, a recipient of this directive may at any time recommend to me, through the APNSA, a change to the policies and procedures contained in this directive.”

(To understand the Bush-era precedent that ought to make us suspicious of this language, see Marcy Wheeler’s explanation.)

This underscores the need for congressional action on most aspects of this controversy. According to Obama, “For more than two centuries, our Constitution has weathered every type of change because we have been willing to defend it, and because we have been willing to question the actions that have been taken in its defense.” But as Wheeler aptly retorts, “We created the dragnet not to defend the Constitution, but to defend what we now call ‘the Homeland.’ We largely forgot about defending the Constitution in the process.”

One federal judge and many legislators have lately agreed. And their continued efforts are needed if the Fourth Amendment is to be saved from a metastasizing War on Terror. Americans elected a leader who promised to reform it in significant ways. He has long since adopted its flawed logic in many of the most problematic ways.

Ed. Note: This controversy won’t end any time soon. And when it does eventually come to a head, it certainly won’t end well. That’s why you need to take steps now to preserve and protect as much freedom as you can get your hands on. That’s where the free Laissez Faire Today email edition can help… Every day, this free service shows its readers specific ways to better safeguard their wealth and liberty. Don’t wait another day to start securing your freedom. Sign up for FREE, right here.

This article originally appeared here on The Atlantic.