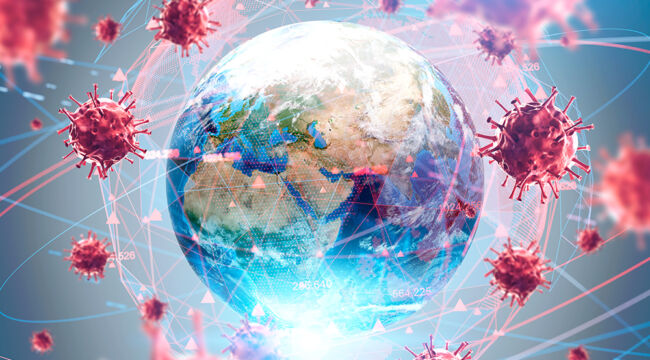 The Narrative Is Collapsing

Let’s face it: The public health policy response to the pandemic has been abysmal. I realize I’m not exactly breaking news here, but it can’t be said enough.

Even those on the political left, like Bari Weiss, formerly of The New York Times, and comedian Bill Maher are beginning to publicly question mandates and other anti-COVID measures.

Of course the mainstream media have its dutiful lapdogs who still fawn over Dr. Fauci, but what do you expect? Let’s start at the beginning…

In January 2020, Dr. Fauci said there was no danger the COVID-19 virus would strike the United States. We were soon overwhelmed with it. Then Fauci told the public not to wear masks. Then he said wear two masks, indoors and out. Fauci and others favored lockdowns and quarantines.

Then they said the vaccines would prevent infection and stop the spread of the virus. You could throw away your masks and return to normal living.

At the same time, they warned against early treatment with drugs like hydroxychloroquine and ivermectin, despite numerous studies proving that they’re both safe and effective. And the sooner they’re administered, the better.

But the public health authorities told COVID sufferers to just wait it out at home until they had trouble breathing. Only then should they go to the hospital. But guess what? By the time you’re having trouble breathing, it’s already too late in many cases because the disease process is so advanced.

Besides, if you went to the hospital, there’d be a real chance you’d end up on a ventilator and be treated with remdesivir, a drug that’s shown little effectiveness but that has potentially serious side effects, including heart and kidney damage.

There are a lot of conspiracies surrounding the suppression of early treatment. There’s no need to get into them here, but it’s clear that the public health authorities decided that mass vaccination was the solution, and they knew that effective therapeutics would undermine the rationale for the vaccines.

Remember, the vaccines were granted Emergency Use Authorization, a requirement for which was that no alternate treatments existed. By claiming that there were no effective therapeutics (relying on badly flawed studies a junior high biology student could pick apart), they cleared the way for emergency authorization.

They feared that people wouldn’t take their experimental mRNA vaccines if they knew they could take these safe and effective medicines if they got sick.

So they went all out to discredit the therapeutics and those who promoted them. They said quacks were pushing a “horse dewormer,” which is ridiculous because people have been taking ivermectin for decades.

But the authorities, colluding with Big Tech, wanted it to appear that vaccination was the only legitimate option.

Well, pretty much everything they said was wrong.

You Can’t Vaccinate Your Way out of a Pandemic

The vaccines don’t prevent infection and do not stop the spread. Remember when Fauci and others were calling it a “pandemic of the unvaccinated”? That wasn’t true at all, as statistics from the most highly vaccinated countries like Israel have demonstrated.

The vaccinated are getting sick at very high rates, and it appears that they’re more likely to acquire the Omicron variant than the unvaccinated.

It’s not that the vaccines should have no role whatsoever. But they should be targeted toward the elderly and those with serious comorbidities. They shouldn’t be forced on the population as a whole, especially on children who face practically no risk from COVID whatsoever.

And it’s entirely possible that mass vaccination is actually creating variants because it forces the virus to evolve rapidly in order to perpetuate itself. Many vaccinologists will tell you that you can’t vaccinate your way out of a pandemic because of that strong possibility. It could actually make it worse.

Aside from the vaccines, masks don’t work because the weave is not tight enough and they’re not worn properly. Lockdowns create indoor incubators for the disease. They don’t stop the virus from spreading. Lockdowns also lead to social isolation and so-called diseases of despair, including those produced by drug and alcohol abuse.

A Tale of Three Cities

In Manhattan, reservations are down 64%. In San Francisco, they’re down 66%.

Both New York and San Francisco have vaccine mandates. Here’s one city that doesn’t: Miami. And reservations in Miami are up 14% compared with January 2020.

See a pattern here? You might, but the politicians running cities like New York and San Francisco don’t, or they simply won’t admit that they’ve been wrong. I’ll leave that for you to decide.

The best approach is to be outside without a mask, getting exercise and fresh air. Boosting your immune system is probably the best thing you can do.

All of these lies and incompetence have cost lives, ruined economies and destroyed trust in science and public health officials. Real science (as opposed to THE SCIENCE of phonies like Fauci) shows clearly that the best defense against the virus is natural immunity.

Fauci Has Blood on His Hands

If you’ve had COVID, you have natural antibodies that are far more effective in preventing a severe case than the vaccines. In fact, that’s how human populations have always survived pandemics and plagues — by just recovering and relying on herd immunity to eventually shut down the virus.

Independent medical studies show that, as Dr. Marty Makary of Johns Hopkins wrote for The Wall Street Journal, “natural immunity was 27 times as effective as vaccinated immunity in preventing symptomatic illness” from the COVID virus. But because the government ignores natural immunity and insists on ineffective vaccines, thousands of nurses, doctors and emergency workers have been fired from their jobs for not getting the vaccines.

In turn, this depletes hospitals and clinics of much-needed staff, including highly experienced clinicians who have worked with tens of thousands of COVID patients.

Ignoring natural immunity is not just stupid — it’s a death sentence for some sufferers who cannot get the help they need because medical professionals have been fired for no good reason.

Preventing early treatment with repurposed drugs like hydroxychloroquine and ivermectin, among others, is also criminal. Potentially hundreds of thousands of lives could have been saved if early treatment options were made widely available. They weren’t.

For many, waiting around at home until they had trouble breathing, i.e., following Fauci’s advice, cost them their lives.

Fauci and his vax-at-all-costs gang have blood on their hands. Hopefully, one day they’ll be held to account. When they are, I think they’re going to need good lawyers.