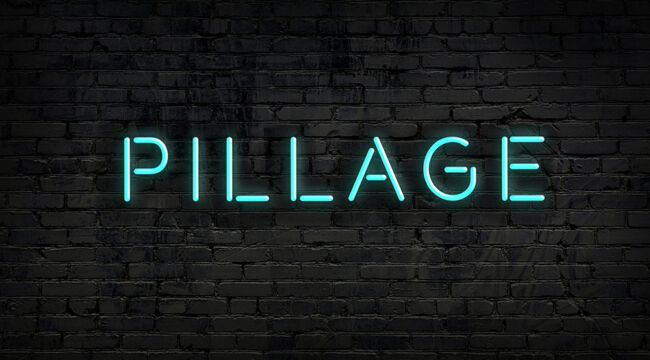 By this time next year, the post-lockdown dollar will be worth $0.70 or less, on the way to a half dollar. In a mere five years, the dollar will have lost half its domestic value, even as its value among international currencies will likely rise. The dollar remains the least ugly currency out there even as it has been systematically destroyed in only a few years.

Still, the reality has not sunk in. The other day, when the Consumer Price Index came out, the first round of reports were (if you can believe it) rather positive. The Wall Street Journal headlined the news: Inflation is “easing.”

I saw this three minutes after having looked at the actual data release from the Department of Labor. I could not believe my eyes.

Clearly, we are being lied to daily and hourly. If the American people knew the truth, there would be a revolution. At least one would hope.

That’s a signal: not better, not the same, but worse.

It took several hours before Wall Street got the hang of it. By noon, the DJIA had fallen 800 points. By the closing bell, the Dow had fallen 1,300, the worst crash in two years. The reason was clear. Inflation is not abating, contrary to what Biden said last month that inflation was 0%, a point believed only by the hopelessly stupid.

It turns out that once you delete the gas price from the month-over-month increase, we are solidly in the double digits.

The Fed’s bright idea is to keep inching up interest rates but nowhere near enough to bump short-term rates into positive territory, which is to say that the strategy will not work. Well, more precisely, it will work to crash the housing and bond markets and push people newly in credit card debt into new depths of bankruptcy. It will not cool much less stop this inflationary mess.

Let’s break it down.

The good news is that gasoline is down 10.6% from the previous month and far lower than the highs of June. But such month-to-month swings mask the overall problem. From 12 months ago, gas is still up 25.6%, which is alarming by any standard. It’s much worse with fuel oil. Despite falling 5.9% last month, it is still up 68.8% from 12 months ago.

What drove this month’s numbers up were the prices of food, both at home and out, plus electricity and utility bills. You have surely noticed this. I’ve been watching the real-time data and seen this changing dramatically over six weeks.

Electricity was up 1.5% in August and utilities in general up 3.5%. Over 12 months, that’s 15.8% and 33% respectively. That’s some very serious inflation, and notice the migration of the virus across the energy sector. It comes to gas and leaves gas and then infects electricity and utility bills.

Europe and the U.K. are reverting fast to the Middle Ages without power. But the U.K. prime minister and the European Commission are instituting price caps, which only means rationing as we head into winter.

In Europe, the policies are even more stupid: They have imposed a tax (a tax!) on windfall profits by energy companies, which is a way of punishing producers for producing at a time of grave shortages.

It boggles the mind.

Something about Americans today: We believe it cannot and will not happen here. Nonsense. We could find ourselves in this exact position in a matter of months. The Biden administration has gone on a holy war against gasoline while trumpeting the glory of electricity, wind and sun. And now look: Electricity, wind and sun are breaking the bank while gas is relaxing a bit in price.

You might be sad that you bought that electric vehicle, especially if you live in California, which is already rationing electricity for drivers. Just wait for it: The Bidenites will soon be inveighing against electricity too on grounds that the main source is not clean but dirty: coal. They want us all living like pure spirits in some Rousseauian fantasy, basking in sun and wind.

Somewhere I had read that new and used cars had fallen in price over the last month. Nope: That’s more propaganda. New cars are up 0.8% in August and 10.1% for the year. Used cars fell only slightly in August by 0.1% but year over year are up 7.8%.

Sure enough, they are in a serious pickle today, with this inflation report that defies every prediction and raises a serious fire alarm. Producer prices released today make the point: Once you delete the gas prices, producers are paying more than ever.

Goldman Sachs announced this week that it would kick into gear a new round of layoffs. Based on what they are seeing, they fully expect a painful recession that hurts not only financials but the entire business sector. That’s significant because it reveals how the pain is spreading from Big Tech to all sectors of economic life.

With politics so intense these days, we cannot get even close to an objective accounting of the most basic facts. Last month we heard that inflation was gone and now we see that it is as bad as ever, even by the official data, once you look at a range of prices.

In a matter of months, given present trends, we could find ourselves in a U.K.-like situation with cries for price caps and rationing. Don’t think for an instant that they won’t do it. They will.

There are very few means of escape anymore.

My father’s bag of gold and silver coins, and his five acres on a rural lake, are looking better and better.