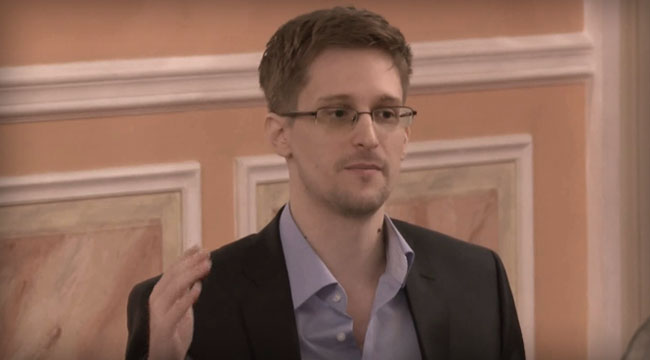 Brian Williams’ exclusive interview with whistleblower Edward Snowden aired on NBC earlier this week. The nearly 40-minute interview didn’t provide any new information for those who have been closely following Snowden’s situation, but offered Snowden a chance to debunk some of the nonsense being said about him, particularly by politicians — such as Secretary of State John Kerry — who think he should just “man up” and come home to face espionage charges for the crime of telling the public what their government is doing.

Here are some highlights:

Ed. Note: Readers of the email version of Laissez Faire Today have a distinct advantage over those who access our articles via the Internet. It’s an advantage that gives them access to the best minds and most innovative experts who have the solutions to live in a world hostile to freedom. Click here and start receiving Laissez Faire Today, as well as these exclusive opportunities today.

Russia and China lead the world away from the dollar, and how a gold-backed digital currency could accelerate it…

Scott Shackford is an associate editor of Reason 24/7 at Reason.com. Prior to moving to Reason, he was editor in chief of the Desert Dispatch in Barstow, California, where he wrote editorials focusing on libertarian issues like wasteful municipal spending, school choice, the drug war and abuse of police authority. He also editorialized about state and federal transportation and energy spending.