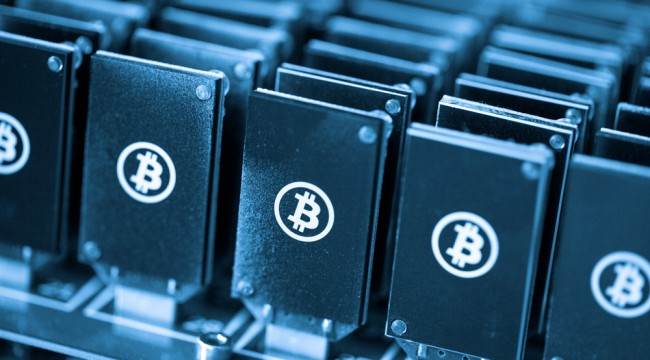 The Future of Money that No One Saw Coming...

When you are posed a question asking if something is a viable alternative to the money you have used every day for the last half-century, one has to wonder why that question is even being asked.

It’s not as if this is a bizarre, left-field question; everyone in financial markets, investments and banking is ‘bit-curious’ and wants to know what bitcoin and other cryptocurrencies really mean for our monetary and payment systems.

Together, bitcoin, its fellow “altcoins” and the technology underlying them, are now a serious competitor to payment systems. They significantly reduce the cost and time of global transactions and they remove the need for a third party. Now, it also looks like they may be a viable competitor to government-issued fiat monies when it comes to being a store of value and a unit of account.

This is best expressed by the amount of investment going into cryptocurrency technology at the moment; over 60,000 businesses accept bitcoin, over $154 million of virtual currency money has been contributed and all the major banks are reporting on cryptos.

Committees of the wise and enlightened cannot fully understand and guide a market of enormous complexity.

Money is the most social and viral concept in existence. In order for a monetary system to operate people must interact with it. So, who better to preserve the value of a currency than everyone who spends it, receives it, saves it and pays their taxes with it?

However, this is not the case today. Fiat money is a debt-based, centralized currency that is unbacked by gold, silver or anything else substantial. We have been conditioned in the last 100 years or so to believe in the ‘State Theory of Money’, i.e. a currency is given its value due to the state’s control of currency issuance, declaration of it as legal tender and the collection of taxes. [Ed. Note: Regular Daily Reckoning contributor Chris Mayer has argued that point, right here: The Real Reason the U.S. Dollar Has Value]

Because of the state’s control of money we are forced to interact with pounds, euros, dollars, whatever the sovereign currency is, thanks to this centralised process. We live in a top-down, centrally planned monetary construct.

However, being forced to use something does not mean that the value of it is preserved. Those who issue the currency (central banks and then the banking system, through fractional reserve banking) do not have the same incentive to preserve the value of the currency as those ‘on the ground’ using it in normal life.

The centralized management (central banks) believe that academics, economists and those in the fractional reserve system will best serve the interests of the economy. However, these individuals and organizations do not hold the secrets to what is right for the monetary system, what interest rates should be or, most importantly, what the quantity of money should be. Committees of the wise and enlightened cannot fully understand and guide a market of enormous complexity.

Given that everyone uses money, this is a system that is disproportionately out of kilter and has stopped working for the majority of users. The worst thing is, we have no choice as to the money we use despite the ongoing devaluation and poorly managed policies.

But it looks like there is now an alternative to using just one money. Cryptocurrencies are open-source and based on peer-to-peer distribution networks. It is in the interest of anyone involved in these networks (anyone who has mined or owns cryptocurrency) to preserve and maintain the value of these currencies.

Cryptocurrencies facilitate a monetary system where financial measures are decided by the market and its participants. Interest rates and reserve requirements can be decided by the network without the need for central banks. Bottom-up rather than top-down planning, if you will.

More importantly, those who use money (i.e. everyone) are able to choose what money they want to use. They can use bitcoin, litecoin or even “beebcoin” (that’s the cryptocurrency the BBC created). This means that value is preserved by the users. Merchants will accept the currencies which are most demanded, investment will go into the cryptocurrency ‘ecosystem’ to ensure that it is easy and as low-risk as possible for users to interact with that monetary system.

Cryptocurrencies are at the early stage of their evolution, but our understanding of cryptocurrencies and their application in our day-to-day lives is even more primitive. The fact is, very few (if anyone) predicted anything like cryptocurrencies would ever exist. We really are quite unaware of what the future could hold for cryptos and what they will allow us to do.

But, at the moment, they meet the demands of a market that wants a viable medium of exchange that is out of reach of a misinformed and badly incentivised centralised banking system, that is non-inflationary, cheap to use and is easily transacted.

I believe cryptocurrencies are not only a viable alternative but the only real alternative available to us right now. This is not to say, however, that they are the future. I believe they will be but who knows what the next Satoshi Nakamoto will develop? Already there is talk of that the future of money could lie with two new man-made elements flerovium and livermorium in what scientists call ‘tangible nanomoney’.

Did you see that coming? No? Imagine what possibilities there are for the money of the future as the internet enables Thiers’ Law to act farer and wider than ever before.

Jan Skoyles
for The Daily Reckoning

P.S. In the latest episode of Get Real, I interview The Death of Money’sJim Rickards as well as GoldMoney founder James Turk. Both of them were kind enough to talk about Bitcoin and gold as well as the future of money. See what they both had to say in the video below. And be sure to sign up for The Daily Reckoning for FREE, right here, to get these and other insights before anyone else.

Jan Skoyles is Head of Research at The Real Asset Company, a platform for secure and efficient gold investment. Her work and views are featured on a range of media including BBC, Reuters, Wall Street Journal, Mail on Sunday, Forbes and The Telegraph. She has appeared on news channels including Russia Today to discuss the gold price and gold investing.