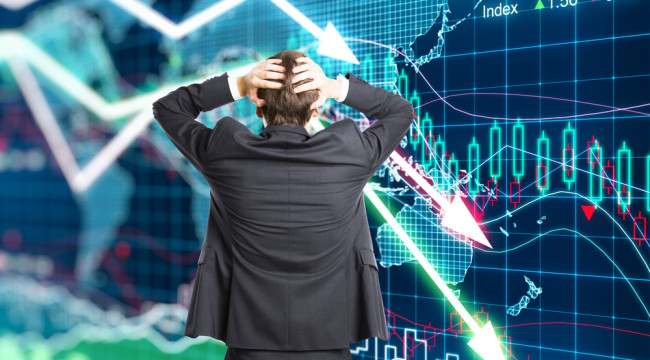 The Financial Crisis Nobody Learned From

Covel: I’m delighted to have Jim Rickards with me today. Jim’s probably the world’s leading expert on currency wars and one of the world’s top financial analysts. Welcome to the show, Jim. Let’s trace how you got to this point, Jim. You were at the center of the Long Term Capital Management crisis that grew out of Thailand in 1997–98. Can you talk about that?

Rickards: Thanks for having me, Michael. Starting in May 1997, the Bank of Thailand devalued the currency, the Thai baht. Previously, they’d been maintaining a peg to the U.S. dollar, but the interest rates and returns offered more than the dollar, so it was the classic carry trade. U.S. investors could borrow in dollars at a lower rate, convert them to Thai bahts, and buy assets in Thailand. These included golf courses, resorts, stocks, bonds. They offered very high returns.

Investors could leverage their money and making excellent returns on their equity. But it was all based on the assumption that the Thai baht would stay pegged to the dollar.

Incidentally, that carry trade was going on all over the world, in Indonesia, South Korea and elsewhere. But ultimately investors feared a bubble was forming. They began selling their Thai assets and taking their dollars back in return.

But that just started a larger panic because investors saw the carry trade was over. And they feared the same could happen in Malaysia, Indonesia, South Korea and elsewhere.

Covel: So the panic started in Thailand, but it couldn’t be limited to that one country alone. Explain how the rest of the dominos fell.

Rickards: Right. The panic began to spread around the world. It spread to Russia in the summer of 1998. Russia was another of these emerging markets that had huge capital inflows, based on growth prospects and a dollar peg. But Russia not only broke the peg, it defaulted on all government obligations. Their currency crashed, their bonds crashed, so that led to a global financial panic, as bad in its way as what happened in 2008. the entire system broke down.

Covel: We know you were at Long Term Capital Management (LTCM) at the time. Explain how your firm was at the center of the crisis.

Rickards: Sure. Long Term Capital Management got caught in the crossfire. We lost $4 billion in one month alone, from mid-August to mid-September. But the real problem was that we had over $1 trillion in derivatives contracts with all the Wall Street Banks.

Covel: It was that serious?

Rickards: That would have taken down Lehman Brothers, Michael. It probably would have also cascaded into an even worse crisis than we had in 2008. That’s how big it was.

Covel: Now that’s saying something. Describe what happened next, please.

But the Fed didn’t bail us out. They were only concerned about the Wall Street banks. Our money was lost. They bailed themselves out by taking over our balance sheet and propping up their books. In that way they avoided the losses they would have suffered if we filed for bankruptcy.

Covel: What, you mean they’re only concerned about the big Wall Street banks? Say it isn’t so, Jim!

Covel: It looks like the big banks took a big message away from that bailout. The message was that they could be as reckless as they wanted because they’d be bailed out if they ran into trouble. That set up the next decade with all kinds of dangerous banking policies. And we all know what happened in 2008. Do you agree with that?

Rickards: Yes. Nobody actually came and said there would be more bailouts in the future. But that message was conveyed indirectly. There were three lessons the crisis taught us: Derivatives were dangerous. Leverage was dangerous. And getting banks involved was dangerous.

What did the government do afterwards? The first thing they did was repeal Glass-Steagall in 1999. That allowed the banks to act like hedge funds. Then in 2000, they re-wrote the commodities laws, allowing for swaps. These swaps are unregulated futures contracts without margin requirements.

Then in 2006, the SEC removed the leverage requirement on brokered dealers. It said the banks could act like hedge funds. They said they could have unlimited leverage in the swap market, completely unregulated. And they decided that brokered dealers could double their leverage too, from 15:1 to 30:1.

Covel: That’s getting a bit deep in the weeds, Jim. Can you just sum up what went wrong after 1998?

Rickards: In other words, Michael, public policy was the exact opposite of what it should have been. The Fed and the people in government learned nothing from the 1997–98 crisis.

It clearly showed that derivatives were dangerous, leverage was dangerous and that banks needed to be closely regulated. Instead, they deregulated the banks, allowed unlimited leverage in the system, and allow the brokered dealers to get in on the action. But look what happened afterwards. The stock market went to all-time highs. Was that a coincidence?

Covel: I know you learned a lot from your experience with the LTCM disaster. Could you talk a little about the role you played?

Rickards: Well, I actually negotiated the bailout, so I had a front row seat. I got to see how it all worked. I don’t think anybody had a better idea of what went wrong than me. And I saw the powers that be do the exact opposite of what they should have done.

This is important, and I touched on it a second ago: when we were losing up to $200 million a day at LTCM during the crisis, we were hoping the Fed would cut interest rates to restore confidence in the system. That would also allow us to recoup some of our losses. But they didn’t. They only cut interest rates after Wall Street took over our balance sheet. In other words, it was all about bailing out the Wall Street banks.

This is not well-known, but even after the Fed’s initial rate cut, Wall Street lost around another $500 million dollars. Then Alan Greenspan convened an emergency meeting of the Fed in October. And they decided to cut rates a second time. That stopped the bleeding. The message it sent to Wall Street was that the Fed would keep cutting rates until the panic was over.

Covel: So would it be fair to say that’s when the banks figured out they had a permanent green light from the Fed, which led us to the 2008 crisis?

Rickards: You could say that. I knew it was just a matter of time before there was another crisis. All the wrong policies had been enacted. I was telling everyone who would listen that it would happen again. But in those days I didn’t have the exposure through television and books that I have today. Sure enough, it did happen again in 2008.

And the same thing happened all over again. The Fed bailed out the Wall Street banks, they printed trillions of dollars and subsidized the banks with zero interest rates. It cost the banks nothing to borrow, while everyday savers got railroaded.

Their money was being stolen and handed over to the bankers. The banks could borrow for nothing, leverage it to enrich themselves and make great bonuses. It was all done at the expense of ordinary Americans. That’s how corrupt the system is today.

And why should we have expected anything different? The message after 1998 was that anything goes. The banks can be as reckless as they want and get bailed out when they run into trouble.

Covel: The amazing thing is that Ben Bernanke and the people who engineered the bailouts in 2008 were the same people who denied a potential crisis even existed right up to the point of the crisis. They said real estate never went down, for example.

And these same people who denied there was even a problem were the ones engineering the bailouts. So why should they be trusted?

So you reach one of two conclusions. Either there’s some deep, dark conspiracy to rob the little guy and enrich a small elite, or they’re just completely wrong and have no idea what they’re doing.

I lean to the latter explanation. In other words, I don’t see a conspiracy. These policy elites are just unbelievably incompetent at what they do. I’ve had a lot of contact with the U.S. government and done a lot of consulting for the CIA and other government agencies. I’ve dealt a lot with the Treasury and the Fed. These have been at private dinners and such, not just public forums.

And if you knew how incompetent the government is, you’d have to put the conspiracy theories to one side. These people can’t get the basic things right, let alone run a deep conspiracy. They don’t actually know what they’re doing.

These people are actually very intelligent. But they’re using the wrong models and the wrong tools. That’s why they’re wrong virtually every time. Their financial models and risk models do not correspond to the real world. They don’t describe how capital markets actually work. Not even close.

Tomorrow, you’ll see Part II of my interview with Jim Rickards. You’ll see the lessons Jim learned from the collapse of Long Term Capital Management, and the tools he’s developed to forecast markets. As you’ll learn, they’re much better than the Fed’s.