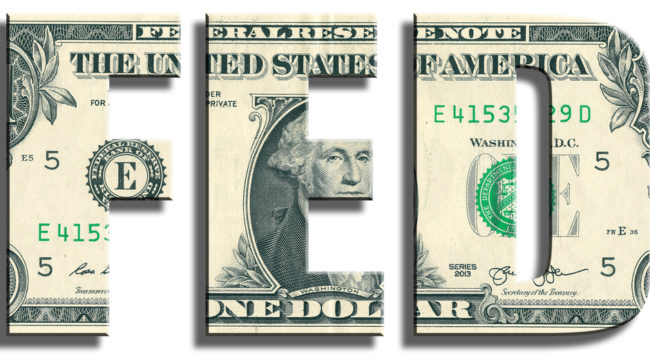 The Fed’s Desperate Battle Against Stagnation

And it’s possible that this past March 4 may be the Fed’s last “Independence Day” for a long time!

Why the fourth of March? On March 4, 1951, the Federal Reserve reached an agreement with the U.S. Treasury that restored policy independence to the Fed after nine years of domination by the Treasury.

Beginning in April 1942, shortly after the U.S. entered World War II, the Fed agreed to cap interest rates on Treasury bonds to help finance the war effort. The cap meant that the Fed gave up its control of interest rate policy.

The cap also meant that the Fed surrendered control of its balance sheet because it would have to buy potentially unlimited amounts of Treasury debt to implement the rate cap. (Such asset purchases had inflationary potential, but in World War II, inflation was managed separately through wartime price controls.)

We may soon be entering a new period of fiscal domination by the Treasury.

The Fed might again have to give up control of its balance sheet and interest rate policy to save the U.S. from secular stagnation. The Fed will subordinate its policy independence to fiscal stimulus coordinated by the White House and the Treasury.

The history of the Treasury-Fed Accord of March 4, 1951, is revealing. Why did Treasury not restore Fed independence in 1945 when the U.S. and its allies won the war?

After World War II, the Treasury was reluctant to give up its domination of the Fed. President Truman felt strongly that patriotic investors in U.S. bonds should not have to suffer capital losses if rates rose. The White House insisted that the wartime cap on long-term rates be maintained.

The Fed resisted this, but their resistance was soon overcome by the Korean War. This new war was used by the Treasury as an excuse to continue the rate cap.

It was not until 1951, with the Korean War in stalemate and a presidential election on the horizon, that the Treasury restored the Fed’s independence on interest rates and the size of its balance sheet.

Today the Fed’s independence is once again threatened: not by war, but by secular stagnation.

U.S. debt-to-GDP ratios are the highest since the end of World War II (and much higher if contingent liabilities for entitlements are considered to be debt). While U.S. deficits have declined, they are still adding to the overall debt faster than the economy is growing. The U.S. is still on a path to fiscal crisis and loss of confidence in the dollar.

Many speculate the Fed is out of bullets to deal with depressed growth. That is not entirely true. The Fed held steady today, as I predicted. But the Fed’s policy rate is still off zero. The Fed has room to cut rates in December or in early 2017. (Quantitative easing, or “QE4,” is certainly possible, even though there’s little evidence that QE2 and QE3 achieved much.)

In order for negative interest rates to be truly effective, they would have to be accompanied by the elimination of cash. That may very well be coming, and governments have basically won the war on cash. But it will not happen on the necessary scale tomorrow or the next day. And it still faces great resistance.

And recent evidence from Europe, Switzerland, Japan and Sweden indicates that negative rates don’t do any more to help growth than zero rates. In fact, negative rates may be counterproductive since they signal deflation fears. Such fears can lead to more savings (to make up for low yields) and less spending (based on expectations of lower prices). People in countries with negative rates have been buying safes to hoard cash.

That’s the opposite of what central banks want. It’s a vicious cycle that’s hard to break.

The Fed might return to the currency wars and cheapen the dollar, as they did in 2011. A cheap dollar is in fact a key element of the “Shanghai Accord,” which I’ve written about extensively. This could give the U.S. economy a short-term lift and import some inflation from abroad.

But U.S. gains come at the expense of trading partners whose growth is either already lower than the U.S.’ (Japan and Europe) or dropping dangerously (China’s). In a globalized world, there’s no escape from a global slowdown.

If monetary solutions don’t work, what can be done to restore growth?

I rely on what we call “indications and warnings” to detect momentous policy shifts in advance. The central bank money printing and currency wars will not be over soon. Global elites are getting desperate to try something new to stimulate growth.

These indications and warnings now are signaling loud and clear that the Fed must again surrender its independence to the big spenders.

A new global consensus is emerging from elite voices such as Adair Turner, Larry Summers, Joe Biden and Christine Lagarde. The consensus is that the only solution to stagnation is expanded government spending on critical infrastructure, health care, technology, renewable energy and education. (In a Republican administration, more defense spending could be added to the list.)

If citizens won’t borrow and spend, the government will! It’s the basic Keynesian idea from the 1930s without the monetarist gloss.

More government spending means more government debt. Who will buy these added government bonds? How will the Treasury keep interest rates low enough so that a death spiral of higher deficits and higher rates doesn’t push the Treasury bond market to the point of collapse?

The answer is that the Fed and Treasury might very well reach a new secret accord, just as they did in 1941. Under this new accord, the U.S. government could run larger deficits to finance stimulus-type spending.

The Fed will then cap interest rates to keep deficits under control. Capping rates will have the added benefit of producing negative real rates if inflation emerges as the Fed expects. The Fed can use open market operations in the form of bond buying to achieve the rate caps.

The popular name for rate caps, and Fed bond buying to support government spending, is “helicopter money.” The technical names are fiscal dominance and financial repression.

The implications for you are huge.

If deflation persists, rate caps can force bonds to much lower levels. Nominal rates and inflation would be in a race to the bottom in an effort to achieve negative real rates. This will produce big capital gains in U.S. Treasury notes.

If inflation emerges, the rate cap might be higher in nominal terms but still low enough to achieve negative real rates. In this scenario, gold and other precious metals like silver would perform extremely well. Treasury note holders would not suffer unduly, because the Fed’s rate cap would put a brake on losses. Nominal interest rates will not be allowed to keep pace with inflation.

In deflation, you have huge gains. In inflation, losses are capped by the Fed!

Rate caps will not arrive until mid-2017 at the earliest. And it may well be later. The Fed will probably stick to the current game plan until it can no longer deny it isn’t working.