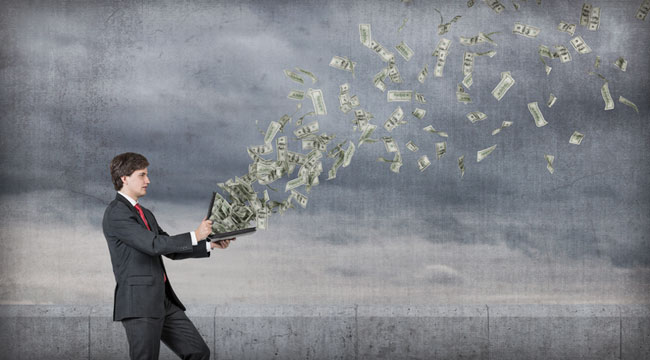 In a word, the Fed has failed in its mission to restore robust growth to the U.S. economy. That failure has laid the foundation for the next global monetary crisis.

This failure was inevitable. The reason is that the problems in the economy are structural. They have to do with taxation, regulation, demographics and other factors beyond the Fed’s mandate. The Fed’s solutions are monetary. A policymaker cannot solve structural problems with monetary tools.

Since structural solutions are not on the horizon due to political gridlock, the U.S. economy will remain stuck in a low-growth, Japanese style pattern indefinitely. Without structural change, this pattern will persist for decades as it has in Japan already. This weak growth scenario will be punctuated with occasional technical recessions, and exhibit persistent deflationary tendencies.

That’s the best case, and not the most likely one. The likely outcome is a financial panic and global liquidity crisis caused by the Fed’s failed monetary policies. To understand why, it is necessary to understand the futile feedback loop in which the Fed, and all major central banks now find themselves.

The Federal Open Market Committee (FOMC) has gone down an unprecedented path with its quantitative easing programs, “QE.” The FOMC consists of members from the Feds Washington board and the regional reserve banks. It was established to appropriately determine monetary policy.

The first program, QE1, started in late 2008. It was understood at the time as an appropriate response to the liquidity crisis stemming from the Lehman Brothers and AIG failures that fall. Providing cash during a liquidity crisis is exactly what central banks are supposed to do; it’s why they were created. We’ll give the Fed a pass on that.

QE1 ended in June 2010. It may have saved the economy from a more severe recession in 2009, but it did nothing to stimulate long-term growth. No sooner had QE1 ended than U.S. growth stalled out. By late 2010, the Fed was ready to launch QE2.

QE2 was different. It started in November 2010, at a time when there was no liquidity crisis. QE2 was an experiment dreamed up by Ben Bernanke. The Fed pledged to purchase $600 billion of intermediate-term Treasury securities before June 2011.

The idea was to lower long-term interest rates so that investors would be forced into other assets such as stocks and real estate. The resulting asset price increases would create a wealth effect that would result in higher spending and higher collateral values for borrowing. This new lending and spending would stimulate the economy toward self-sustained trend growth.

In fact, the wealth effect was always a mirage. QE did not create sustained trend growth. What it did create were asset bubbles that are still around and still waiting to pop.

QE2 ended as planned in June 2011. Growth stalled again after the money printing ended. Already the Fed was finding itself trapped by the monster it had created. As long as the Fed was easing with QE, the economy muddled through. As soon as the easing ended, the economy stalled out. These experiments in 2010 and 2011 were the beginning of the “risk on,” “risk off” see-saw mentality that trapped the FED and the markets.

In September 2012, the Fed launched QE3. Unlike QE2, there were no time or quantity limits in QE3. The Fed would print as much money as they wanted for as long as they wanted in order to create the needed stimulus. The problem was that the Fed was now completely trapped with no way out. When they eased, the economy improved but did not boom. When they tightened, the economy stalled, even if it did not collapse. Policy flip-flopped. The Fed was stuck in a feedback loop.

Boom Bust – Discussion with James Rickards on QE and the Fed.

The term “feedback loop” is a popular expression for what physicists and complexity theorists also call recursive functions. In a recursive function, the output of one equation becomes the input for the next iteration of the same equation.

Here’s how this has played out since QE3 began in November 2012 under the direction of both Ben Bernanke and later current leader of the Fed, Janet Yellen. The initial state of the system as of April 2013 was one of ease because of QE3 itself:

May 2013 — Bernanke tightens policy with his “taper talk”. The dollar rallies and emerging markets sink.
September 2013 — Bernanke eases policy by delaying a planned start of the taper. Stock markets rally.
December 2013 — Bernanke tightens policy by starting the taper. The dollar grows stronger.
September 2014 — Yellen eases policy through forward guidance by telling markets the Fed will be “patient” when it comes to future rate increases.
March 2015 — Yellen tightens policy by ending forward guidance and indicating that the Fed intends to raise interest rates before the end of 2015.
September 2015 — Yellen eases policy by delaying a planned “liftoff” in interest rates. This delay was caused by the collapse in U.S. stock markets from the shock Chinese yuan devaluation in August. U.S. stocks rally following this ease.
December 2015 — Yellen tightens policy by raising interest rates for the first time in nine years. U.S. markets crash with a more than 10% decline in January and early February 2016.
February 2016 — Yellen eases policy with the secret Shanghai Accord. The accord itself is not revealed at the time, but becomes visible in a series of policy actions by the ECB, Bank of Japan and the Fed over the course of March 2016. U.S. markets rally on the news of a weaker dollar.
May 2016 — The Fed tightens policy through a set of hawkish statements by regional reserve bank presidents including James Bullard, Loretta Mester, and Esther George. U.S. job creation stalls out, the dollar rallies and gold weakens.
June 2016 — Yellen eases policy with a dovish speech in Philadelphia and dovish comments at the FOMC meeting on June 15. The dollar falls sharply and gold begins a strong rally, retracing its May losses and reaching new three-year highs.

This reveals that the Fed has no idea what it is doing and is trapped in the feedback loop.