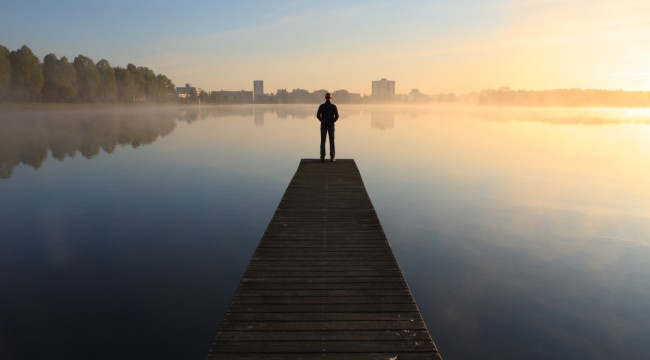 Stock indexes are making new highs. With share prices surging the collective mood must be ebullient. After all, stock prices are the collective present value calculations of investors’ guesses as to future earning streams. Future profits and prosperity equalcurrent high stock prices.

But this isn’t your ordinary market. While stock prices portray exuberance, at no time in history have American adults feared more for the futures of their children.

Americans answering a survey from Pew Research aren’t wild about the present economy and see trouble ahead. Only 33% think the economy is good now. More importantly, the very same percentage (only 33%) of respondents believe their children will be better off than their parents.

…two experts said the Fed is now primarily in the business of increasing stock prices.

The numbers from Rasmussen Reports are even more negative — only 15% of American adults believe their children will be better off. The overwhelming majority, 61%, disagree, and 24% don’t know.

There is no more negative indicator of the public’s collective mood than that. It’s one thing to believe things are tough at the moment. However, giving up on the future is drastic.

The mood is even worse in Europe. Only 9% of those polled in France believe kids will be better off than their parents. In Italy, that percentage is 14%, and in Britain, 17%, while the rest of Europe this percentage is in the 21-28% range. Forty percent of Russians believe children will be better off than parents. Meanwhile, stock markets in these countries have been up, up and away the same as the U.S. markets.

So what accounts for high flying stocks? It’s not their optimism about the future. But maybe the Fed has something to do with it.

Bob Pisani, CNBC’s roving reporter on the NYSE floor, told viewers recently the common answer he gets when he asks what the Fed’s quantitative easing has done for the market. It’s usually something around 1,000-2,000 points on the Dow Jones Industrial Average.

For the Fed’s 100th birthday, PBS promised a debate about the merits of the central bank on Consuelo Mack’s Wealthtrack program. What happened was two experts said the Fed is now primarily in the business of increasing stock prices.

“New thing — it is in the business of talking up the stock market… The Fed is manipulating prices, especially on Wall Street,” said Jim Grant of Grant’s Interest Rate Observer. To another question from Mack, Grant says: “The Fed has presided over the decay of finance.”

Grant’s “opponent,” Richard Sylla, the Henry Kaufman Professor of the History of Financial Institutions and Markets at NYU’s Stern School of Business, chimed in on the same side as Grant. He added:

“The Fed seems to have — I think almost deliberately — is trying to push the stock market up. I’ve watched this stuff for 40, 50 years now, and this is the first time in my memory when it seemed to be official U.S. government policy that the stock market goes up. And the Fed likes this because it thinks that when the stock market goes up, people who own stocks feel richer, they’ll go out and spend more money, and the unemployment rate will come down.”

In the interview, Grant made the point that while Fed economists believe they can manipulate the economy with their fancy models, “money is about human behavior.”

If the public was truly gaga for stocks, then viewership to CNBC and the other business channels would be setting records. However, tout TV is in a bear market. In the third quarter, according to Nielsen, CNBC, which owns 75% of business channel market share, hit a 20-year low in its target demographic of adults 25-54 years old.

While the Fed can pump up prices with low rates and increased liquidity, Bernanke and Co. have no policy tools to make people watch Mad Money and Squawk Box. Daytime viewership of CNBC has been cut by more than half since 2008.

Competitors Fox Business and Bloomberg also have a declining number of viewers, with the later “rethinking the business model of its TV channel, having failed to turn a profit or draw more than 10% of the audience for TV business news despite being on the air for nearly two decades,” The Wall Street Journal reports.

Fox will try to take a bigger portion of the shrinking pie, stealing away Money Honey Maria Bartiromo for a reported $5-6 million a year. What Fox could offer her that CNBC and NBC couldn’t is a Sunday show on the Fox News Channel.

These negative trends in cable viewership follow what Euan Wilson and Matt Lampert wrote in the November 2011 Socionomist. They ask the question, “Is the popularity of news itself mood-dependent? As our preliminary study shows, the answer appears to be yes.”

These days, people are sanguine enough to turn off cable news and buy stocks.

The socio-economists insist it’s not “prurient interest” or “anxiety” that fuels the increase in news consumption, but instead feelings of uncertainty about the future.

These days, people are sanguine enough to turn off cable news and buy stocks. Yet few care enough to tune into financial TV. The current Elliott Wave Financial Forecast points out that bullish advisers outnumber bearish ones by 4 to 1. The amount of assets invested in Rydex family bull funds is 5.3 times the assets owned in bear funds, an all-time record. Money fund assets are at record lows. Add it all up and the Elliott Wave folks say, “These measures are as bell-ringingly bearish as any we have shown in the 14-year history of this newsletter.”

The Fed’s QE policy of conjuring up $85 billion a month (now $75 billion) has only served to enrich Greenwich, Conn., even more, Jim Grant schooled CNBC’s Steve Liesman one morning on Squawk Box. Bernanke’s policy is “for the one-tenth of 1%,” Grant said.

Meanwhile, Main Street is still in a funk and ordinary people worry for their children’s futures. The Fed’s medicine will eventually wear off and the market will reflect the public’s mood.

And it won’t be pretty.

P.S. Regardless of how you feel about the market, there are better (i.e. safer) ways to make money. Whether its to buy a new car, pay for your children or grandchildren’s education, or to live a nice, happy retirement, earning a nice steady return on your investments are always nice. That’s why we’d rather you not expose your money to the dangers of a Fed manipulated market. Luckily, we have some alternative for you. Sign up for the FREE, Laissez Faire Today email edition to learn more.