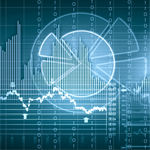 In our analogy, the event horizon is relatively easy to pinpoint. It is what Rogoff and Reinhart call the “Bang!” moment, when a country loses the confidence of the bond market. For Russia it came at 12% of debt-to-GDP in 1998. Japan is at 230% of debt-to-GDP and rising, even as its population falls — the Bang! moment approaches. Obviously, Greece had its moment several years ago. Spain lost effective access to the bond market last year, minus European Central Bank intervention. Other countries will follow.

As an aside, it makes no difference how the debt was accumulated. The black holes of debt in Greece and in Argentina had completely different origins from those of Spain or Sweden or Canada (the latter two in the early ’90s). The Spanish problem did not originate because of too much government spending; it developed because of a housing bubble of epic proportions. 17% of the working population was employed in the housing industry when it collapsed. Is it any wonder that unemployment is now 25%? If unemployment is 25%, that both raises the cost of government services and reduces revenues by proportionate amounts.

The policy problem is, how do you counteract the negative pull of a black hole of debt before it’s too late? How do you muster the “escape velocity” to get back to a growing economy and a falling deficit — or, dare we say, even a surplus to pay down the old debt? How do you reconcile the competing forces of insufficient growth and too much debt?

The problem is not merely one of insufficient spending: the key problem is insufficient income. By definition, income has to come before spending. You can take money from one source and give it to another, but that is not organic growth. We typically think of organic growth as only having to do with individual companies, but I think the concept also applies to countries. The organic growth of a country can come from natural circumstances like energy resources or an equable climate or land conducive to agricultural production, or it can come from developing an educated populace. There are many sources of potential organic growth: energy, tourism, technology, manufacturing, agriculture, trade, banking, etc.

While deficit spending can help bridge a national economy through a recession, normal business growth must eventually take over if the country is to prosper. Keynesian theory prescribed deficit spending during times of business recessions and the accumulation of surpluses during good times, in order to be able to pay down debts that would inevitably accrue down the road. The problem is that the model developed by Keynesian theory begins to break down as we near the event horizon of a black hole of debt.

Deficit spending is a wonderful prescription for Spain, but it begs the question of who will pay off the deficit once Spain has lost the confidence of the bond market. Is it the responsibility of the rest of Europe to pay for Spain or Greece? Or Italy or France, or whatever country chooses not to deal with its own internal issues?

Deficit spending can be a useful tool in countries with a central bank, such as the US. But at what point does borrowing from the future (and our children) constitute a failure to deal with our own lack of political will in regards to our spending and taxation policies? There is a difference, as I think Hyman Minsky would point out, between borrowing money for infrastructure spending that will benefit our children and borrowing money to spend on ourselves today, with no future benefit.

In my mind I am playing reruns of old Star Trek episodes with Capt. Kirk shouting, “Dammit, Scotty, you’ve got to give me more power!” as they try to escape a looming black hole. Except, in our national version it’s Paul Krugman playing Capt. Kirk (badly), demanding that Ben Bernanke provide even more QE and Congress more stimulus spending. (I should note that Paul Krugman, like myself, is a science fiction aficionado. That may be the one philosophical point, a singularity if you will, that we agree on.) Of course, the Republicans (Romney) are playing the part of Scotty, yelling back at Kirk, “Captain, I can’t give you any more power! The engines are going to blow!”

The deficit has to be controlled, of course. To continue on the current path will only feed our Black Hole of Debt even more “mass,” making it that much harder to escape from. But to try and power away (cutting the deficit radically) all at once will blow the engines of the economy. Suddenly reducing the deficit by 8% of GDP, either by cutting spending or raising taxes, is a prescription for an almost immediate depression. It’s just basic math.

As I outline in my book Endgame (shameless plug), each country has to find its own path. But it’s clear that Spain, like Greece, is simply going to have to default on part of its debt. So will Ireland and Portugal. Japan will resort to printing money in amounts that will boggle the imagination and terrify the world as they finally come to grips with the fact that they must deal with their deficit spending.

The US still has the chance to pursue what I call the “glide path” option. We can reduce the deficit slowly, by say 1% a year, while aggressively pursuing organic growth policies such as unleashing the energy and biotechnology sectors, providing certainty to small businesses about government healthcare policies, reducing the regulatory burden on small businesses and encouraging new business startups, creating a competitive corporate tax environment (a much lower corporate tax with no deductions for anything, including oil-depletion allowances), implementing a pro-growth tax policy, etc.

We can balance the budget within five years. If the bond market perceived that the US was clearly committed to a balanced budget, rates would remain low, the dollar would be stronger, and we would steam away from the black hole. I would like to see something like Simpson-Bowles, with an even more radically restructured tax policy. Healthcare is clearly the challenge, but a compromise can be crafted, as has been demonstrated by the several bipartisan proposals that have been sponsored by conservative Republicans and liberal Democrats. The key word is compromise.

The crucial outcome in the wake of the upcoming election will not be whether we end up with a Republican or a Democratic budget, but whether we can achieve the compromise that will be needed to get us on a glide path to a balanced budget.

If a compromise is not crafted in 2013, how will one be crafted in 2014, which is an election year? 2015 may be too late, as the bond market will watch Europe and Japan implode and wonder why the US is any different. Remember, the event horizon is determined by the confidence of the bond market in the willingness and ability of a country to pay its debts with a currency that has a value that can be maintained. Trillion-dollar deficits for the next three years will call into question the value of the dollar. That will mean higher interest rates, which will mean a much bigger, more deadly black hole.

I should note that something similar to the glide path was tried during the Clinton administration. Spending growth was controlled, and the economy was allowed to grow its way out of debt. While the US economy is fundamentally weaker today than it was then, it should be possible for the US free-market economy to once again become an engine of growth.

I think the analogy of an Economic Singularity is a good one. The Black Hole of Debt simply overwhelms the ability of current economic theories to craft solutions based on past performance. Each country will have to find its own unique way to achieve escape velocity from its own particular black hole. That can be through a combination of reducing the debt (the size of the black hole) and fostering growth. Even countries that do not have such a problem will have to deal with the black holes in their vicinity. As an example, Finland is part of the eurozone and finds itself gravitationally affected by the black holes of debt created by its fellow eurozone members. And China has recently seen its exports to Europe drop by almost 12%. I would imagine that has been more or less the experience of most countries that export to Europe.

In science fiction novels, a spaceship’s straying too close to a black hole typically results in no spaceship. There are also hundreds of examples of what happens to nations that drift too close to the Black Hole of Debt. None of the instances are pretty; they all end in tears. For countries that have been trapped in the gravity well of debt, there is only the pain that comes with restructuring. It is all too sad.

John Mauldin,
for The Daily Reckoning