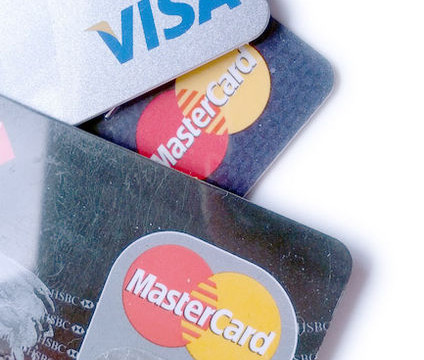 Credit is not innately good or bad. Simplistically, productive Credit is constructive, while non-productive Credit is inevitably problematic. This crucial distinction tends to be masked throughout the boom period. Worse yet, a prolonged boom in “productive” Credit – surely fueled by some type of underlying monetary disorder – can prove particularly hazardous (to finance and the real economy).

Fundamentally, Credit is unstable. It is self-reinforcing and prone to excess. Credit Bubbles foment destabilizing price distortions, economic maladjustment, wealth redistribution and financial and economic vulnerability. Only through “activist” government intervention and manipulation will protracted Bubbles reach the point of precarious systemic fragility. Government/central bank monetary issuance coupled with market manipulations and liquidity backstops negates the self-adjusting processes that would typically work to restrain Credit and other financial excess (and shorten the Credit cycle).

A multi-decade experiment in unfettered “money” and Credit has encompassed the world. Unique in history, the global financial “system” has operated with essentially no limitations to either the quantity or quality of Credit instruments issued. Over decades this has nurtured unprecedented Credit excess and attendant economic imbalances on a global scale. This historic experiment climaxed with a seven-year period of massive ($12 TN) global central bank “money” creation and market liquidity injections. It is central to my thesis that this experiment has failed and the unwind has commenced.

The U.S. repudiation of the gold standard in 1971 was a critical development. The seventies oil shocks, “stagflation” and the Latin American debt debacle were instrumental. Yet I view the Greenspan Fed’s reaction to the 1987 stock market crash as the defining genesis of today’s fateful global Credit Bubble.

Market-based Credit is highly unstable. Predictably, the evolution to market finance created persistent instability and, over time, acute fragilities. The early-nineties saw the bursting of Bubbles in junk bonds, M&A and commercial real estate. The neglected S&L crisis festered from a few billion-dollar problem to a $300 billion debacle. By 1991, the U.S. banking system was significantly impaired.

There was a school of thought that S&L losses were akin to money flushed down the toilet. It had been destroyed and should simply be replaced with new money. “Helicopter money” was not yet reputable – much less fancied. So the Greenspan Fed instead slashed rates, manipulated the yield curve and accommodated the rapid expansion of market-based finance. If not for the ’87 bailout, the early-nineties stealth bailout and cultivation of non-bank Credit would not have been necessary.

Spurring market-based Credit – and the financial markets more generally – proved the most powerful monetary policy mechanism ever. The collapse in the Soviet Union couple with the proliferation of new technologies provided powerful impetus to New Paradigm and New Era thinking.

The unfolding historic inflation of “money” and Credit by the world’s reserve currency did not come without profound consequences. Massive U.S. Current Account Deficits flooded the world with dollar balances. Meanwhile, the flourishing leveraged speculating community broadened their targets from U.S. debt markets to higher yielding securities around the world.

By 1993, market-based finance and leveraged speculation was gaining momentum globally. Apparently there was no turning back. So it’s been serial booms, busts and progressively more audacious policy accommodation ever since. The GSEs bailed out the bond, MBS and derivative markets in 1994, ensuring much more spectacular Bubbles to come. The 1995 Mexican bailout created a backdrop ensuring that fledgling “Asian Tiger” Bubbles inflated precariously. When those Bubbles chaotically imploded in 1997, the perception took hold that the West would never allow Russia to collapse. Such thinking spurred speculative excess in Russian debt and currency derivatives that imploded in September, 1998.

Global Bubble Dynamics had certainly taken deep root by 1998. U.S.-style financial innovation was taking hold throughout Asia and Europe. Financial flows were booming across the markets, and the world’s big financial conglomerates were aggressively adopting securitization, speculation and globalization. Moreover, a booming leveraged speculating community, with trades propagating across the globe, ensured increasingly tight linkages between international markets. When Long-Term Capital Management (LTCM) – with egregious leverage along with $2.0 TN of notional derivative exposures around the globe – failed in the fall of 1998, it was a case of top U.S. officials acting as the “committee to save the world.”

The Bubble saved back in 1998/99 has inflated uncontrollably and today has the world at the precipice. Historic debt expansion unfolded virtually everywhere, much of it tradable in the marketplace. The global leveraged speculating community has inflated from about $400 billion to $3.0 TN. Global derivatives have exploded to $700 TN. An ETF complex has risen from nothing to more than $3.0 TN.

The LTCM bailout ensured an almost doubling of Nasdaq in 1999, with that Bubble imploding in 2000. I’m not so sure the euro currency would exist in its current form if not for the efforts of “the committee…”. Leveraged speculation played an instrumental role in the collapse in Italian and Greek bond yields, a miraculous development that proved pivotal for highly indebted Greece and Italy’s inclusion in the euro monetary regime. I also believe that the U.S. Credit Bubble, fueled largely by the GSEs and non-bank Credit creation, played prominently in the huge flows boosting the euro currency. Global demand for euro-based securities created fatefully loose Credit conditions for the likes of Greece, Portugal, Ireland, Italy and Spain.

If not for the “committee to save the world” and the 1998 bailouts, I doubt we would have witnessed the rise of “Helicopter Ben.” The ’87 stock market crash drove fears of another depression. Depression worries returned with the early-nineties banking crisis, and then again in 1998. When U.S. stock and corporate bond Bubbles burst in 2000-2002, Dr. Bernanke, the foremost expert on the Great Depression, was summoned to the Federal Reserve to provide the theoretical framework for a major reflationary effort.

The European Bubble was at the precipice in 2012. If not for Bernanke’s QE gambit, I seriously doubt Draghi and Kuroda would have ever succeeded in pushing their massive “money” printing operations through the ECB and BOJ. With the Fed, ECB, BOJ and others moving forward with “whatever it takes” concerted QE, global securities Bubbles morphed into one big play on the global monetary experiment.

In the end, the runaway global Bubble was built chiefly upon confidence in central banking and policymaking more generally. Markets then rather abruptly lost confidence in the ability of Chinese officials to manage their faltering Bubbles. With the historic Chinese Credit and economic Bubbles at risk of imploding – and energy and commodities collapsing – faith in the capacity of global central bankers to keep the game going began to wane. The sophisticated leveraged players commenced risk reduction – and suddenly there were few buyers. Instead of more QE, central bankers have responded to “risk off” with negative interest rates. Negative rates don’t alleviate market illiquidity and they won’t bolster faltering global Bubbles. They do intensify the unfolding crisis of confidence.

Between the faltering Chinese Bubble and the unwind of securities market speculative leverage globally, global Credit and economic backdrops have turned ominous. The downside of a historic global Credit cycle has commenced. De-risking/de-leveraging ensure a process of much tighter Credit conditions. This is problematic for leveraged speculators, companies, countries and regions – certainly including banks and securities firms around the world.

Negative rates, collapsing energy companies and weak global prospects hurt bank sentiment. Yet bank stocks are collapsing globally because of the faltering global Credit Bubble. Between waning confidence in central banking and the global banking system, one is left to question the functioning of global derivatives markets. And if counter-party risk becomes an issue in the global risk “insurance” marketplace, global securities markets quickly face a potentially catastrophic backdrop.

A tremendous number of bets were placed based on a world of ongoing liquidity abundance, risk embracement and growth. In a “risk on” world of cheap finance, the latest Greek bailout strategy appeared manageable. In today’s “risk off” faltering global Bubble reality, Greece is a disaster. Greek sovereign yields were up 370 bps in six weeks. A bursting global Bubble will shake confidence in the European periphery – and likely European integration more generally. Periphery spreads widened meaningfully again this week.

Here at home, contagion effects have made it to the investment-grade corporate debt market. In “risk on,” loose “money” as far as the eye can see, writing insurance on corporate Credit (CDS) became a quite popular endeavor. But with the market now questioning the global economy, central bank efficacy, and the soundness of the banking system and Wall Street firms, it makes more sense to unwind previous speculations and buy insurance. This equates to a major unwind of leverage throughout the corporate debt marketplace, in addition to huge amounts of additional selling to hedge new CDS trades. Suddenly, liquidity abundance is transformed into problematic marketplace illiquidity. Again, a major tightening in Credit conditions bodes ill for leveraged entities. It also bodes ill for the general economy – the Credit Cycle’s self-reinforcing downside.

Booming international corporate debt markets have been instrumental in fueling the global securities market boom – and the Global Credit Bubble more generally. And I would add that perceived low-risk corporate Credit has been at the (Crowded) epicenter of the central bank-induced “Moneyness of Risk Assets” phenomenon. If I’m right on the unfolding global backdrop, prospects for corporate Credit as a liquid store of value are dismal. A Crisis of Confidence in Corporate Credit would severely impact an already fragile global financial and economic backdrop.