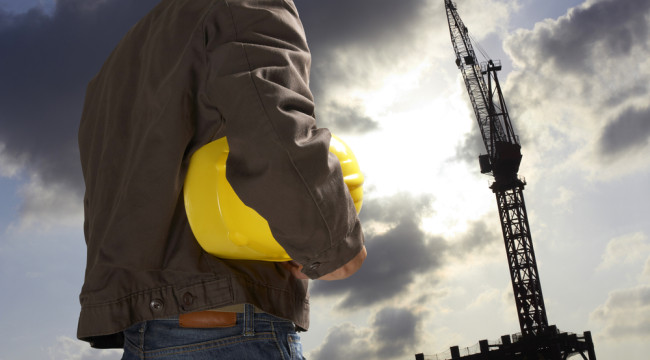 The Decline and Fall of America’s Working Class

NORMANDY, France – “The Decline and Fall of America’s Working Class” is a subject that draws much interest.

Semi-skilled labor isn’t what it used to be. From our own simple calculation, last week, it appeared that in order to afford a typical new house and new car, a working stiff today would have to put in about twice as much time on the job as he would have 40 years ago.

“How come?” is the question most people ask. But we’ll come back with a different question in just a moment. First, a look at the markets:

Investors decided to leave their worries on the doorstep yesterday. They crossed to the sunny side of the street, with the Dow up 237 points.

How much of that buying comes from serious investors, carefully analyzing the real value of the companies they buy? Probably not much.

A report at ZeroHedge tells us that since 2010, U.S. corporations have added, net, more than $4 trillion in debt. What did they do with all that money?

They used almost all of it to buy their own stock.

Prices are set at the margin. So, even a little bit of extra buying can have a big effect on stock prices. Four trillion dollars’ worth of extra buying – coming from the corporations themselves – could account for 100%, or more, of all stock market gains over the last four years.

Whoa. What kind of crazy finance is this?

In 2011, the S&P traded in the 1,200 range. Now, it is over 2,000, which represents a capital gain of about $6 or $7 trillion. If our math is correct, every dollar of that asset price increase was purchased at a cost of about 70 cents of additional debt.

Is that a good deal?

So it appears… At least until the stock market goes down. Then, the balance sheet begins to sag on the left, where the debits are, and lightens up on the right, where the credits are.

Stock prices go down as well as up. But debt remains just where it was.

Borrowing to buy your own assets, like asking yourself for a date, is rarely very satisfying.

In the Weekend Edition of Diary, our colleague Porter Stansberry discussed a way to trade this phenomenon.

But back to… “The Decline and Fall of America’s Working Class.”

When Women Have No Use for Men

We have been on this story for years. Mostly, it is a matter of curiosity. How could so many people actually get poorer during what should have been the most fabulously productive period in history?

And yet the figures – subject to much misinterpretation – and the anecdotal evidence coming from our own readers point in the same direction: The typical American man has less real, disposable income today than he had 40 or even 50 years ago. Surely, he must be feeling a little blue. Professor Noah Smith:

One big piece of news in the past couple of weeks has been the release of a new paper by recent economics Nobel winner Angus Deaton and his co-author Anne Case. The paper highlights a very disturbing trend – death rates are increasing for white people in America, especially for working-class middle-aged whites. The increase looks like it has been going on since the late 1990s.

… for white Americans with no college education, deaths have soared…

Other groups of men – Hispanic and black – live longer. Why would life expectancy be going in the opposite direction for whites? The proximate causes, according to the Deaton-Case paper, were drugs, alcohol, and suicide. But what’s behind it… why?

But now it is poor or “middle-class” whites who are being left for dead. They can’t get decent jobs. Their marriages are breaking up. Their children are raised by single parents (the rate is about the same for whites today as it was for blacks in the ’60s). They drink too much. They take drugs. They’ve given up looking for work. They kill themselves at a startling rate. Why? Noah Smith guesses:

The uneducated class became a floating low-skilled labor force, which decreased the marriageability of white working-class men. That impaired family formation. A couple of decades later, the lack of family support started to take a big bite out of the emotional health of working-class whites, causing them to turn to alcohol, drugs and suicide once they reached middle age.

We’ll take our own guess: As the “breadwinner” jobs disappeared, white men lost their sense of purpose and place. Women often find it easier to get work and often earn more. Men could no longer “bring home the bacon”; women had less use for them.

When women have no use for men, men soon get up to mischief.