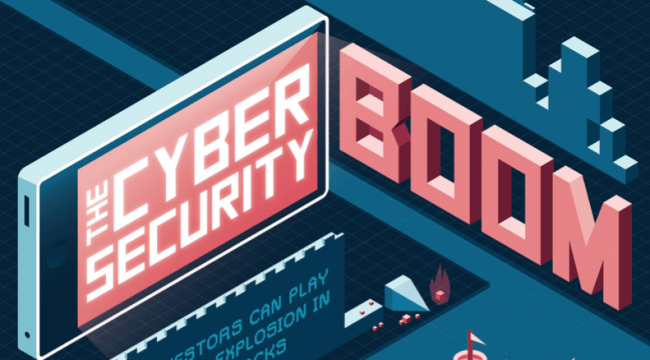 In 1983’s WarGames, a young Matthew Broderick unwittingly hacks into military central computer while searching for video games and almost inadvertently starts World War III. This film is classified on IMDB as in the “Sci-fi, Thriller” genres.

While the prospects of cybercrime and cyberterrorism are certainly thrilling (and scary), the descriptor of “Sci-fi” for the movie may no longer be necessary. In the last calendar year, there’s been dozens of high-profile cybersecurity incidents that are not a far cry from the geopolitical near-miss in WarGames.

The United States government and the country’s largest bank have both had serious security intrusions as of recent. This summer the United States Government revealed it had over 20 million records stolen by hackers allegedly based in China. Just as concerning, it was exactly one year ago that J.P. Morgan was compromised with records stolen from over 76 million households and 7 million small businesses. The company has now vowed to spend $250 million a year in preventing such incidents.

Most recent of all is this week’s hack of the popular adultery site Ashley Madison. The leak of sensitive information on potentially 37 million customers isn’t a potential geopolitical concern as the above cases, but it does have business implications: the website’s plan to raise $200 million in an IPO in London has now been kiboshed for the foreseeable future.

If big organizations like Sony, Target, Google, and Home Depot can’t do anything to stop cybersecurity incidents, what chance do the rest of us have?

And that’s the problem with cyberattacks. Detected incidents have skyrocketed over the last five years, soaring from 3.4 million to 42.8 million from 2009-2014, and they now cost the global economy an estimated $400 billion a year. Every day these incidents happen on a small scale, but today’s hacking technology and sophistication allows for much more. Exploitation of big cybersecurity vulnerabilities could cause financial chaos, destroy reputations of entire companies, expose business and state secrets, and even shut down moving vehicles remotely. This is not science fiction. This is reality – and we haven’t even gotten into the hypothetical potential damage that hackers could cause if they had even more resources or resolve. People’s lives and money are at stake.

Systems are more sensitive and hyperconnected than ever before, and hackers are deploying more sophisticated tactics to take advantage of them for personal or organizational gain. Luckily, there is also an entire industry of engineers, programmers, analysts, designers, cryptographers, and other professionals trying to build the walls and moat around the castle. Cybersecurity, as we depict in this infographic, is a booming industry with hundreds of companies scrambling to protect us from having intellectual property, health records, financial information, and other vital data compromised.

That’s why by 2020, the cybersecurity market is expected to be valued at $170.2 billion, which implies a 9.8% CAGR (compound annual growth rate) from today’s estimate of $106.3 billion. Businesses and governments are spending more on cybersecurity: even the Whitehouse announced this year that in its 2016 fiscal budget that it would aim to spend $14 billion on additional measures. Fifteen years ago, cybersecurity was only a blip on the US government’s radar at $938 million in spending.

The private sector is in the same boat, as 69% of business executives see cyberattacks as a threat to their growth. This is a fair statement since Verizon estimates in its 2015 Data Breach Investigations Report that the average cost of a cyberattack to a business ranges between $475,000 to $9 million depending on the number of records stolen.

Among the companies that are benefiting from the surge in cybersecurity spending include those building firewalls, secure servers, routers, anti-virus software, and malware detection tools. Firms that specialize in consulting and solving related security problems are also getting plenty of interest. Investors can potentially profit from this sector as well by identifying companies and funds that will gain from booming activity and spending in the sector.

This infographic was originally posted at Visual Capitalist, right here. They thank the Purefunds Cybersecurity ETF (HACK) for helping them put this together.