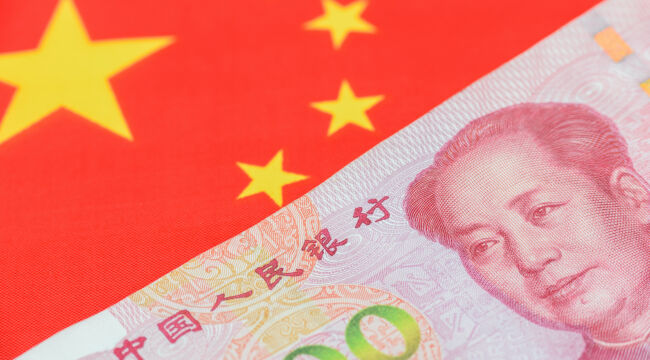 For almost twenty years, the myth of a “rising China” and the “Chinese century” has been gathering steam.

Of course, the U.S. is recognized as a superpower now, but its days as the greatest power in the world were numbered, according to this myth.

China was prized both  by U.S. manufacturers for its cheap labor and by U.S. consumers for the cheap prices on Chinese exports (never mind that the goods were shoddy with few exceptions and often fell apart not long after you removed them from their glossy clamshell wrappers).

The globalists praised the advent of highly integrated supply chains and just-in-time logistics that would bind global economies together and pave the way for One World governance, taxation and money.

There was only one problem with this narrative. It was completely false.

Chinese labor is running low because as many as possible have already moved from the country to the city.

Tight supply chains proved fragile as we saw during the COVID-19 pandemic when the U.S. could not get protective gear made in China and China threatened to cut off exports of antibiotics to the U.S.

Our craze for cheap Chinese goods meant that China piled up over $1.4 trillion in U.S. Treasury notes which makes China our biggest creditor.

The Silicon Valley CEOs simply turned a blind eye in pursuit of profits. The cost in lost U.S. jobs was catastrophic.

The China myth has now been revealed to be a fraud. China has shown its true colors by suppressing freedom in Hong Kong in violation of a treaty with the UK that was supposed to run until 2047.

China’s military is still weak, despite advances in recent years. Its economy is bloated with unpayable debt and it is alienating potential friends from Australia to Japan and beyond.

The globalist dream for China has crashed and burned. Good riddance.

Meanwhile, dramatic developments may be under way within China itself…

Gertz now reports that China is going on red alert.

It’s putting up signs telling citizens how to get to bomb shelters. Military factories are being moved away from factories that produce civilian products. Ham radio operators report rumors of an impending attack on some remote islands technically controlled by Taiwan.

These activities suggest China may be preparing military action of some kind.

More importantly, rumors persist of an internal power struggle between Chairman Xi and what is known as the Shanghai political faction led by Zeng Qinghong.

China is entirely subordinate to the Chinese Communist Party. You can study the Chinese government all you like, but you won’t learn anything about how China works unless you study the role of the party.

The Communist Party and its survival come first. Everything else in China is devoted to that end.

The problem is that the Communist Party itself is opaque and difficult to understand. Written rules mean nothing. What counts are personal loyalties and control over organs of state power through party cadres.

For the time being, Communist Party Chairman Xi seems to be in a dominant position. He has the most firm grip on power of any leader since Mao Zedong, who died in 1976.

Considering China is much richer and more powerful militarily today than in the days of Mao, Chairman Xi is arguably the most powerful individual in history with firm control over the lives of 1.4 billion Chinese and many more in surrounding countries.

It’s difficult to know, but Chairman Xi may be walking on shaky ground.

It’s often difficult to sort fact from fiction in China, but investors should be braced for some kind of geopolitical shock emerging from China in the next few months.

It could be military action or what could essentially be a coup.

The rumors may amount to nothing, but they may indicate a major shock. And I should point out that Bill Gertz has a great track record for accurate forecasting.

Treasuries, gold and cash would benefit from a Chinese shock, while Chinese stocks and emerging markets would be badly damaged.

Below, I show you why the Chinese economy is basically a house of cards, and why it’s mired in the “middle income” trap. Read on.