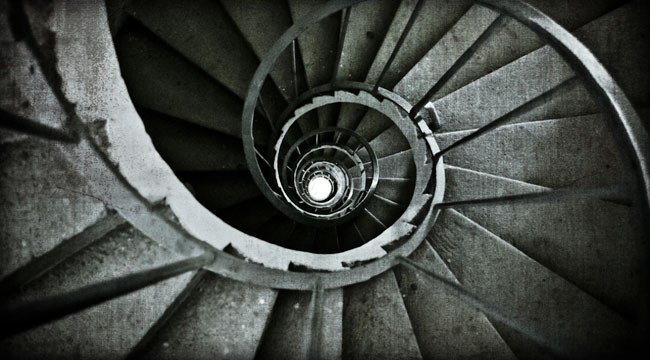 The Catalyst for an Obamacare Death Spiral

A handful of reports last week suggested that the Obama administration had moved to delay the health law’s individual mandate — the penalty the law imposes on those who are uninsured. That’s not quite right: Instead, the administration will align the 2014 penalty date, which had been February 15, with the end of Obamacare’s open enrollment period, March 31.

It had been possible to buy insurance between February 15 and March 31 next year and still pay a pro-rated uninsurance penalty — something the Obama administration only found out a few weeks ago when a tax prep firm let them know.

Delaying the individual mandate might seem like an obvious response to the ongoing failure of the federal exchange system. But it’s a rather drastic step. And, in isolation, a potentially problematic one.

The larger worry is that we may be on track for an insurance market meltdown no matter what happens with the individual mandate.

That’s because the premiums that health insurers calculated for the exchanges this year were determined based on the assumption that the penalty for remaining uninsured would be in effect, and would encourage people to buy into the market.

If you change the enrollment requirements — by, for example, ditching the mandate — while leaving the law’s pre-existing condition rules in place, health plan participation will likely be lower. The result, as one insurance official told NPR recently, is that insurers will want to change their premiums. And in this case, “change” means “raise.”

That’s where the real trouble starts. Insurers raising prices as a result of lower than anticipated enrollment is an early step toward an insurance death spiral, in which premiums spike and enrollment figures drop until the only participants who remain in the market are the very people paying very high premiums. We know because we’ve seen it before — in New York, Washington, and handful of other states that enacted preexisting condition regulations similar to Obamacare’s but without an individual mandate.

New York state’s guaranteed issue and community rating rules — the two regulations that limit how insurers can charge based on health history and require them to sell policies to all comers — took effect in 1994. At the time, there were about 752,000 policyholders in the state’s individual market, or about 4.7 percent of the non-Medicare population.

But by 2009, according to a Manhattan Institute report by Stephen Parente and Tarren Bragdon, the state’s individual market had practically disappeared, leaving just 34,000 participants, or about 0.2% of the non-elderly population. Individual insurance premiums, meanwhile, were among the highest in the nation — about $388 on average in 2007, compared with just $151 in California, another big Democratic-leaning state. In New York City, the annualized premium cost for individuals was more than $9,300 and more than $26,400 for a family.

The result, in other words, was a combination of sky-high premiums and far fewer insured individuals.

Around the same time that New York was overhauling its insurance market, Washington state was implementing a similar set of health plan rules. Insurers faced new regulations regarding plans sold to individuals with preexisting conditions, and the requirement that they sell to everyone. For a brief period, there was a coverage mandate, but that never went into effect. The state’s individual market deteriorated. One insurer raised premiums by 78% in a three year period.

As premiums rose, relatively healthier people left the market, and insurers were left covering a lot of very sick, very expensive individuals. In the end, many insurers simply dropped out of the market rather than lose money. According to a report on the reforms commissioned by the insurance industry, there were 19 carriers in the individual market in 1993. By 1999, there were just two — and they weren’t taking new applicants.

The individual market was effectively killed off by the reforms.

A delay of just the individual mandate would likely put the federal exchange system — which facilitates the sale of guaranteed issue, community-rated plans — on the same track.

(The administration, it should be noted, has made it quite clear that it thinks the mandate is absolutely essential to the larger insurance scheme, arguing repeatedly in court that the law cannot function without it.)

Now, it’s true, as The Incidental Economist’s Adrianna McIntrye points out, that there are risk adjustment mechanisms built into the law designed to protect insurers who end up with too many sick individuals. But as a Health Affairs brief on the law’s risk adjustment provisions makes clear, those provisions are designed to make sure that no one plan gets stuck with too many sick individuals. Plans with fewer sick people pay into a fund that creates a backstop for plans with a greater than expected share of sick policyholders.

That helps mitigate individual plan risk. But it doesn’t really solve the problem if the entire pool, across most all of the insurance plans, is smaller and sicker than expected. A death spiral that shifts some premium income around is still a death spiral.

The larger worry is that we may be on track for an insurance market meltdown no matter what happens with the individual mandate. If too few young and healthy people sign up for insurance through the exchanges, for whatever reason, insurers will have to adjust their prices eventually.

The access problems in the exchanges exacerbate this risk by making it more frustrating to buy policies; as a result, only the most motivated people — which is to say, the sickest and most desirous of coverage — will end up buying coverage. The same goes for the high individual market premiums that many young adults will be faced with. A mandate delay would make the risk even higher. But it may be the case that Obamacare is heading toward a death spiral no matter what, and that if it remains in place, no plausible policy response will avoid it.

Ed. Note: As Obamacare creeps further down the spiral, so too does the entire health care industry… and those unfortunate souls who’ve put their faith in it. But there is a way to “opt-out” of Obamacare, that could save you a ton of money in the process. You can read all about it in a free report, if you sign up for Laissez Faire Today, for free, right here. It’s just an added free gift to go along with your free subscription. And it could mean all the difference when it comes to the future of your health care. So don’t wait. Sign up for free, right here, and get all the info your missing on the Obamacare debacle.

Charles Hugh Smith shows you why any health care reform will just be “shuffling the deck chairs on the Titanic.” What could save the system? Read on.