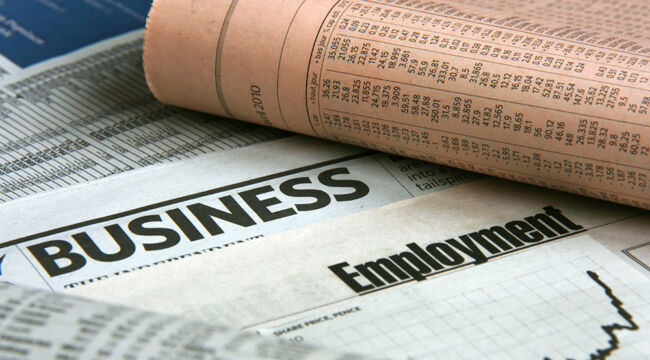 Our bottomless disfaith in experts is validated yet again…

“This is a big miss that changes how we think about the recovery,” moans University of Michigan economist Justin Wolfers.

Economist Nick Bunker concedes Friday’s report “might be one of the most disappointing jobs numbers of all time.”

Of all time! And so he scratches and scratches his head:

All the signs from all the other data that we have is that demand for workers is quite strong, and the report [Friday], while it doesn’t point in the direction of, say, massive labor shortages, it suggests that there is some hesitancy out there on behalf of workers to take out some jobs, be it because of fear of the virus, child care constraints, or concerns about the instability of jobs.

Just so. But were these economists — experts all — unaware of these confounding variables?

An authentic expert might have mixed them into his mathematics.

Why have experts at all?

Would you trust the weatherman who had forecast a roasting 100 degrees… when the next day’s temperature came in at an arctic 26?

Would you trust the stockjobber who had insisted stock x would scale $100 when stock x plunged to $26?

Why then should you trust an economics mob who had forecast the economy would add over one million April jobs… when the economy added only 266,000 April jobs?

Another question: Where is its amour propre, its self-respect as a professional body?

Decent men might scurry off… rats down a storm drain… gushing apologies and pledging to stay forever away.

As they will in June, July, August, September, October, November, December, February, March — and April again.

Might these botches occasionally capture a genuine glimpse? They may, yes. But we would remind you:

Yet we sympathize — deeply — with these professional men.

They are experts, men of dignity, secular clergymen. The world hangs upon their educated guesswork.

And so they approach their prognostications with all the weight afforded somber men. They realize they must suck answers out of their thumbs… however false.

The Daily Reckoning carries no such burden upon its shoulders.

We enjoy the luxury of… ignorance.

We do not claim to know next month’s unemployment rate. And who would listen to us if we did?

But your editor is rather more modest — he can give you neither.

If we find the Emperor stark naked, we yell about it. We heave stink bombs into polite circles. We put out our tongues at consensus.

You have a nation divided equally between 11-foot giants and three-foot midgets.

Does the average citizen stand seven feet in height?

Half are male, half are female. Is the average citizen a hermaphrodite?

A man, age 25, unknowingly hosts the coronavirus. A steamroller drives over him. Was it the virus that made a hotcake of him — or the roller?

The medical statistics might claim it was the virus. We exaggerate only modestly.

Dr. Annie Bukacek is a practicing physician. From whom:

The Centers for Disease Control… still states that mortality, quote unquote, data includes both confirmed and presumptive positive cases of COVID-19.  That’s from their website.

Translation? The CDC counts both true COVID-19 cases and speculative guesses of COVID-19 the same. They call it death by COVID-19. They automatically overestimate the real death numbers, by their own admission.

Here is our tort against statistics: As we have argued before… statistics are the bureaucrat’s fiercest weapon…

Without his figures the government is a plodding doofus. It is a blinded, fumbling cyclops speared through its one and only eye.

But this graspless, senseless, sightless beast… in fact… presents a reduced menace.

Government tracks statistics as the train robber tracks railroad schedules… and for much the same purpose.

We trust its statistics no further than we trust a dog with our dinner or a politician with our vote.

“Put it in his hand and it’s good-bye to the Bill of Rights.”

Statistics show him where to aim.

Yet we conclude in high spirits. We are pleased to report that the threat is exaggerated vastly.

The Bill of Rights faces no bureaucratic threat in this year 2021. None, that is, with the mere exceptions of: