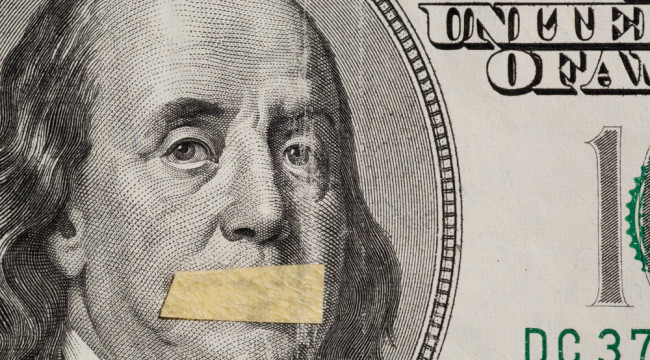 The Age of Instability

Unprecedented policies always bring unintended consequences. Weidentify these hidden fractures. There are many at the moment, and we’ll be writing to you about those in the months ahead.

The ongoing currency war is not new. In fact, the war has been raging since 2010. That’s when President Obama announced the National Export Initiative (NEI) in his Jan. 27, 2010, State of the Union. 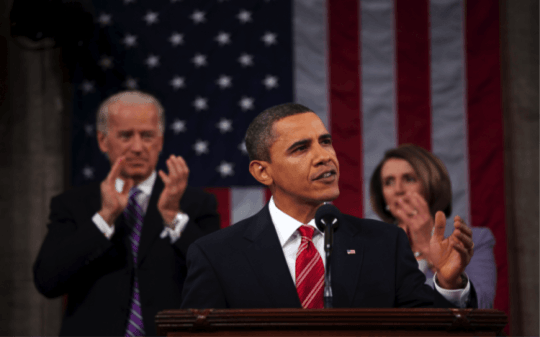 President Obama delivers the State of the Union address to a joint session of Congress on Jan. 27, 2010. In that address, the president announced the National Export Initiative designed to double U.S. exports in five years. Doubling exports depended on weakening the exchange value of the U.S. dollar. That policy initiative marked the beginning of the currency wars that have been raging ever since.

Although it was not widely noticed at the time, the NEI was the start of a new currency war. This was the most momentous development in international economics since Nixon abandoned the gold standard on Aug. 15, 1971. The repercussions are still being felt, and the potential impact on your portfolio has never been greater.

To understand the importance of this raging currency war, some history is needed.

From the Bretton Woods conference in 1944 until Nixon abandoned gold in 1971, the international monetary system operated on a gold standard. All major currencies in the world were pegged to the dollar at fixed exchange rates, and the dollar was pegged to gold at $35 per ounce.

Because of these pegs, non-dollar currencies were indirectly pegged to gold, and to each other. The International Monetary Fund could allow the currency pegs to be adjusted, but it was a laborious and protracted process. (But some countries had already broken their pegs prior to 1971.)

Still, on the whole, it was a fixed-rate system with the dollar and gold as its anchors. This system cracked up in 1971. It was not immediately replaced with a new system. From 1971–79, the world muddled through first with a new gold peg (at $42.22 per ounce), then with floating exchange rates and then with the first efforts at a European monetary system (called “the snake”).

None of this was stable.

The world experienced multiple recessions and borderline hyperinflation, which reached a crescendo in January 1980. At that point, annual dollar inflation reached 15%, interest rates hit 20% and gold spiked to $800 per ounce — a 2,200% increase from the old $35 level.

The international monetary system was collapsing. The world was spinning out of control.

Then, on the brink of total collapse, two individuals stepped in to save the system. One was Paul Volcker, chairman of the Federal Reserve. The other was President Ronald Reagan. Volcker took interest rates as high as needed to kill inflation. Reagan cut taxes and regulation to encourage growth in the U.S. economy.

Inflation came down, growth went up and soon the U.S. became a magnet for savings and investment from around the world. The Age of King Dollar had begun.

From 1980–2010, the world was not on a gold standard, but it was on a de facto dollar standard. Under the leadership of Treasury secretaries James Baker (Republican) and Robert Rubin (Democrat), the U.S. told the world that the dollar was a stable store of value. Trading partners could not anchor to gold, but they could anchor to the dollar.

This new “dollar standard” prevailed through the Plaza Accord (1985), the Louvre Accord (1987), the Mexican Peso Crisis (1994) and the Asian-Russian Crisis (1998). U.S. leadership under Presidents Reagan, Bush 41 and Clinton was resolute. The strong dollar was the new gold standard, and it was here to stay.

Yet nothing lasts forever, especially in international economics. The Global Financial Crisis of 2008 put an end to the Age of King Dollar and gave rise to a new currency war.

Wars have an official start date (when someone fires the first shot), but they are usually years in the making. The new currency war is no different.

The war process started with the G-20 leaders’ summit in Pittsburg in September 2009. It was at that meeting that Mike Froman (a key economic adviser to President Obama and now U.S. trade representative) devised a global “rebalancing” plan.

Froman got Obama to convince world leaders of the need for rebalancing inside the major economic zones. He did this to jump-start the global recovery from the worst recession since the Great Depression.

Big ideas such as Froman’s rebalancing plan are fine in theory, but they have to be put into practice. Between September 2009 and January 2010, Froman worked inside the White House to devise the National Export Initiative. This is what was rolled out in the January 2010 State of the Union address. The entire world recovery rested on a cheap dollar.

The effects (orchestrated by the Fed with QE1 and QE2) were immediate. The dollar plunged over the next 18 months to an all-time low in August 2011. (Not coincidentally, gold hit an all-time high of $1,900 per ounce the same month the dollar hit its all-time low.)

The world noticed the new currency war long before the summer of 2011. In September 2010, Brazilian Finance Minister Guido Mantega cried foul and publicly declared that a “currency war” had begun. (Brazil’s exports and tourism were being crushed at the time by a strong currency. Brazil later trashed its own currency and now has recession and inflation at the same time, called “stagflation.”)

The classic problem with currency wars is that the losers eventually fight back by trashing their own currencies. That’s exactly what happened this time.

In December 2012, Japan announced “Abenomics,” with an explicit goal of cheapening the Japanese yen.

In June 2014, the European Central Bank announced negative interest rates, and in January 2015 “Euro QE” began, both with the purpose of weakening the euro.

In August 2015, China shocked the world with a surprise devaluation of the yuan. China continued this policy in less dramatic form with stealth devaluations in November and December 2015. During this prolonged counterattack by China, Japan and Europe, the dollar went from weakness to strength.

The dilemma of currency wars is that every currency cannot devalue against every other currency at the same time. It’s a mathematical impossibility.

Currency wars are like two kids on a playground seesaw. If one is up, the other must be down. As China, Japan and Europe counterattacked in the currency wars, the dollar got stronger and stronger. By early 2016, the U.S. dollar was back to a 10-year high on major indexes.

Where are we now? The dollar is extremely strong, but it’s not a new Age of King Dollar; it’s the Age of Instability. One policy surprise follows another, and investors are being whiplashed in the process.

In time, the dollar will weaken. That’s how the currency wars seesaw works.

But for now, the Fed is still tightening and the dollar will remain strong for most of 2016. The fallout from the strong dollar is still being felt in the hidden corners of U.S. corporate earnings.

The biggest hidden impact at the moment is the damage to U.S. exporters and manufacturers.

A strong dollar makes U.S. exports unaffordable to foreign buyers, who have to convert their local currencies to dollars to buy our goods. The impact is not limited to big-name exporters like Boeing and Caterpillar. The effects are felt up and down the U.S. manufacturing supply chain.

This story is not new, but it is getting worse, and the bad news is far from over.