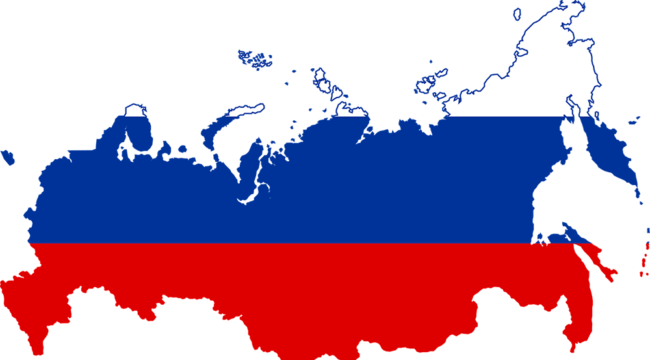 By now, you probably understand the situation on the Russia-Ukraine border. Close to 100,000 Russian troops have been deployed along Ukraine’s eastern border.

Will Putin invade? What would be the U.S. and NATO response? Those are the $64,000 questions. The answers have massive implications for the economy, markets and potentially civilization itself. That’s not hyperbole.

Russia is the largest nuclear war power on Earth, with about 4,500 warheads. Besides its intercontinental missiles, Russia has intercontinental nuclear bombers and ballistic missile submarines that it can park just off U.S. coasts.

Does the U.S. really want to risk a military confrontation with Russia over Ukraine, a country that the U.S. has never considered a vital strategic interest? The experts seem to think any confrontation would be contained. But wars are unpredictable and are a lot easier to start than to stop.

Here’s how we got here…

The problems began in 2008 when George W. Bush nominated Ukraine for membership in NATO. Ukraine shares a border with Russia and parts of Ukraine are actually east of Moscow, making an attack from the east feasible for the first time since Genghis Khan.

The problems grew worse in 2014 when the CIA and MI6 incited a “color revolution” that caused the democratically elected president to leave office. He was replaced in June 2014 by a pro-NATO puppet who was able to keep the money flowing to Hillary Clinton and Hunter Biden.

Putin responded by annexing Crimea and infiltrating eastern Ukraine. There’s been some fighting since then, but mostly an unstable status quo with pro-Russian elements in the east and a pro-NATO government in Kyiv.

Now Putin has moved over 100,000 troops to the border with Ukraine, backed up with air power, naval power, drones, special forces and cyberwarfare capabilities.

NATO’s response has been disordered, with Germany reluctant to intervene and the U.S. threatening “severe” sanctions. In fact, the German navy chief resigned because he said Putin deserves respect and that Ukraine would never get Crimea back.

He was right on both counts, but his comments ran afoul of official rhetoric, so he had to go.

Will Putin Invade or Not?

Stocks will crash and commodities like oil, natural gas and gold will soar.

All of this is easy to predict. What is not easy is to predict whether Putin will invade or not. It’s impossible to predict with any certainty, but right now my analysis leads me to believe he won’t invade.

That’s because the threat of invasion will win him the concessions he wants. Other reasons include the difficulty of actually holding onto Ukrainian territory after the initial invasion, and the possibility of guerrilla warfare by Ukrainians against a Russian occupation.

On the other hand, the pro-invasion argument is based on a variety of factors, including Biden’s weakness as a leader, American weakness as a result of the Afghanistan surrender, lack of unity in NATO, dependence on Russian gas and the failure of the West to do anything significant after the Crimean annexation in 2014.

What about sanctions? Sanctions are a deterrent, but the sanctions will be imposed by both sides.

Biden wants “severe” sanctions on Russia. The best way to penalize Russia is to build natural gas pipelines not controlled by Russia. The U.S. was building one with Israel, but Biden just shut down the pipeline project.

The White House is talking about what they call “non-Russian natural gas.” But natural gas is fungible, like oil. That’s why they call them commodities. If you take it from one source, there’s less somewhere else.

If Russia cuts off Europe’s energy, the U.S. says it will help Europe with Middle Eastern energy. That’s fine, but that energy was already bound for China. How do you think China would take to that?

In the end, the U.S. and Europe may suffer as much from sanctions as the Russians. Russia has been dealing with U.S. sanctions for years and has been working to inoculate itself against them.

Russia’s desire to break away from the hegemony of the U.S. dollar and the dollar payment system is well-known. Over 60% of global reserves and 80% of global payments are in dollars. The U.S. is the only country with veto power at the International Monetary Fund, the global lender of last resort.

So Russia has been building nondollar payments systems with regional trading partners and China.

The U.S. uses its influence at SWIFT, the central nervous system of global money transfer message traffic, to cut off nations it considers to be threats.

From a financial perspective, this is like cutting off oxygen to a patient in the intensive care unit. Russia understands its vulnerability to U.S. domination and wants to reduce that vulnerability.

But Russia has created an alternative to SWIFT.

The head of Russia’s central bank, Elvira Nabiullina, reported to Vladimir Putin that “There was the threat of being shut out of SWIFT. We updated our transaction system, and if anything happens, all SWIFT-format operations will continue to work. We created an analogous system.”

Another Russian strategy to bypass sanctions has been to stockpile gold.

Perhaps Russia’s most aggressive weapon in its war on dollars is gold. The first line of defense is to acquire physical gold, which cannot be frozen out of the international payments system or hacked.

With gold, you can always pay another country just by putting the gold on an airplane and shipping it to the counterparty. This is the 21st-century equivalent of how J.P. Morgan settled payments in gold by ship or railroad in the early 20th century.

Russia’s reserve position has hit a new all-time high of $640 billion, of which $140 billion (22%) is in physical gold bullion held inside Russia. We’ll see how Biden’s digital sanctions would do against Russia’s physical gold. Once again, you can’t hack gold.

So will Russia invade? As I said earlier, I’m skeptical that Putin will invade. It seems he can get much of what he wants just with the threat to invade.

Still, the arguments for invasion are well reasoned, and it’s still a legitimate possibility. You might want to stock up on gold yourself just in case.