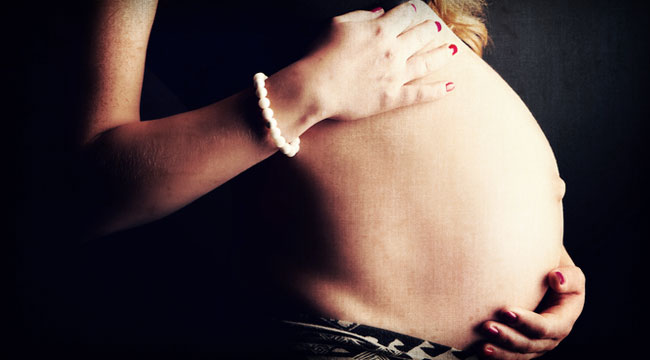 The 2 Most Controversial "Benefits" of Obamacare

America is called “The Land of the Free and the Home of the Brave.” The freedom to make personal choices and govern our own lives has been a fundamental right of every citizen provided it causes no harm to others or transgresses the law. However, when government expansion is allowed to continue unabated or when it casts a heavy regulatory shadow on America’s entrepreneurial spirit, the freedoms that we’ve come to know, and perhaps take for granted, slowly begin to slip away.

In this article, we’ll discuss one citizen’s struggle to preserve his freedom. He and millions of others will certainly be confronted by the same dilemma because of one small part of Obamacare.

Last week I received an email from a concerned citizen who resides in the Southeastern United States. To conceal his identity, we’ll call him Sam. Sam is the quintessential entrepreneur who is approaching his golden years. Due to an increasingly negative regulatory climate within the last five to six years, he recently closed a business which was grossing over $40 million per year. Today he runs a small family business with one additional employee and outsources all other functions.

Obamacare… incorporates a “one-size-fits-all” approach which runs counter to the expectation of the American consumer.

A while back, Sam purchased a health insurance policy to cover himself. When his most recent renewal notice arrived there were several changes, including a hefty premium increase. He then received a separate premium notice for dependent coverage.

Here’s the problem. Sam has no dependents! Assuming this was a mistake, he called his broker. After a bit of investigation, his broker informed him that the bill was for pediatric dental and vision care.

Naturally, this seemed strange since his policy never had dependent coverage. Upon further examination, Sam was informed that this coverage was mandatory and he was required to pay the premium. Why is he being forced to pay for dependent care if he has no dependents? I’ll explain that in a moment. By this time, Sam was understandably frustrated so he emailed his Congressman. The response he received was nothing more than a canned reply. He then contacted the Department of Insurance in his state and received the following reply:

“The ACA (Affordable Care Act) may require the company’s to bill that service separately, since it is dental and eye coverage and not under the health portion. To answer that question you would need to speak with the Health and Human Services Department of the federal government as they would be the source to mandate that as a separate charge.”

This is where the story currently stands. Sam’s case is neither unique nor isolated. In fact, it is a direct result of a specific provision of Obamacare which will certainly have the same effect on millions of Americans. Why? Let’s look at this now.

Obamacare has materially altered the health insurance landscape in America. The provision causing Sam’s troubles will most definitely impact millions of other citizens. This provision establishes minimum standards in health insurance coverage which are referred to as the “10 Essential Health Benefits.”

Of course when Obamacare was passed many policies failed to meet these minimum standards, including Sam’s. For example, Sam’s policy had no dependent coverage. Why would he choose to pay for dependent coverage if he has no dependents? Perhaps more importantly, why would he be required to pay for something he will never use? At issue are the 10 Essential Health Benefits. Two of them are destined to be the subject of great controversy. They are:

1. Maternity and Newborn Care; and

Obamacare reduces the degree to which a health insurance policy may be customized. It essentially incorporates a “one-size-fits-all” approach which runs counter to the expectation of the American consumer.

For example, a couple in their 60s would not be interested in purchasing maternity care or, as in Sam’s case, pediatric care of any sort. Prior to Obamacare, individuals could purchase a policy with the benefits they desired. Under Obamacare, maternity coverage and pediatric dental and vision coverage are two of the essential benefits. Hence, everyone will pay for this regardless of their age, gender, or any other factor. I suspect this will be a growing problem causing millions to rue the day this law was passed.

Our nation’s health care system is in the midst of one of the most significant transformations in history. All unmarried men, women who are beyond the age of child-bearing, and couples with adult children, will all be required to pay for services they will never use. Although this will help offset the cost for those who do use these services, is it the right thing to do?

I understand the Law of Large Numbers in insurance, but have we gone too far? If you ask Sam, and millions like him, I suspect the answer would be a resounding yes. But this is the law of the land, and until that changes, many of us will have to open our wallets wide to pay for benefits we will never use. This is yet another example of the redistribution of wealth as well as an anchor on the economy. And we thought Robin Hood was just a fictitious childhood story.

Mike Patton
for The Daily Reckoning

Ed. Note: The government has no shortage of bad ideas, and Obamacare may be the worst one yet. But if there’s one thing you can be sure of, this won’t be the only awful story about Obamacare you hear this year. Don’t chance being one of them. Sign up for the FREE Laissez Faire Today email edition, and gain access to a free report that shows you 4 specific ways to effectively “opt-out” of Obamacare. You’ll be glad you did.

RIP Obamacare -- Here's What Trumpcare Means for You

Health insurance is getting prime-time attention this week as Congress begins to debate the new “Trumpcare” bill. Today, Zach Scheidt explains what this bill means for you…as a retiree, as a taxpayer, and as an investor…

Mike Patton writes for a world filled with confusion and self-interest. His background includes working everywhere from a large wirehouse to the largest global bank to a small boutique planning firm and now as an independent registered investment adviser serving affluent and high-net-worth clients. He has also been a contributing editor with Investment Advisor magazine for the past seven years.