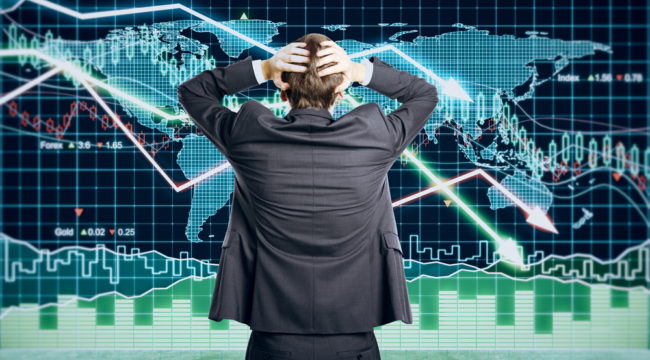 How to Stop “Fake News” From Blowing Up Your Portfolio

If you thought the mainstream media couldn’t disgrace itself further after its 2016 Presidential election partisan undoing, you were dead wrong…

The Washington Post sinks deeper into the sewage literally every day.

In an effort to delegitimize President-elect Trump, the Post recently ran a story on the proliferation of “fake news.”

In it, the paper reported on hundreds of “fake” websites pushing “Russian propaganda” critical of Hillary Clinton and the ruling class… all supposedly designed to win Trump the election.

But there was just one problem…

The source the Post used for the story, PropOrNot, was unreliable … and the paper was just forced to admit its story on fake news was, well, fake.

You could laugh this off as the latest failure of an inept, ethically bankrupt media.

But as you’re about to see, this proliferation of fake news by the leading U.S. media operations is far more dangerous to your portfolio than you think…

To be clear, I’m not arguing that fake news doesn’t exist. It’s all over the Internet. But it’s always been with us.

Discerning the difference between truth and fiction is why we were given the faculty of reason.

If you read a web article about Yoko Ono having a love affair with Hillary Clinton and choose to believe it’s true, that’s on you.

The only reason we’re hearing so much about this false reality epidemic now is because the mainstream media is using it as an excuse in the midst of its collective nervous breakdown.

You see, they’re still trying to figure out how the unwashed masses didn’t follow their instructions precisely and vote for Clinton.

The proletariat had to have been duped. They could not have possibly made an alternate choice.

So now we are in Bizarro World where MSNBC’s Brian Williams lectures about the dangers of “fake news.”

This is the same teleprompter reader who was relieved of his duties on NBC’s Nightly News for making up a story of him coming under rocket-propelled-grenade fire while on assignment in Iraq—all fake.

That’s like Hillary Clinton lecturing about the impropriety of using a private server to transmit classified information.

The fact is we’re now living in a multi-layered reality where the biggest perpetrators of fake news are the ones most loudly decrying its existence.

Remember the Newsweek story about U.S. military members flushing a Koran down the toilet at Guantanamo Bay?

Or the YouTube video that caused the Benghazi attacks?

How about Rathergate, where Dan Rather and CBS News aimed to influence the 2004 Presidential election with a phony story about George W. Bush’s Air National Guard service relying on falsified documents?

Sadly, there are thousands more to choose from.

Look, the fake news phenomenon would be just another sad chapter in the decline of societal mores and mainstream media if it weren’t so diabolical.

In 2013, one fake tweet about an attack on the White House from a compromised Associated Press account sent stocks plunging more than 100 points in the span of two minutes, wiping out $136 billion.

Or how about when Wells Fargo shares plummeted 6% in 1997 on erroneous news reports that Warren Buffett had sold all his shares in the bank?

Look, if your investment decisions rely on real-time news developments, you’re subject to huge market swings based on outright lies.

That’s no system… and no way to lead a life.

Market-distorting misinformation campaigns are exponentially growing larger by the day. That will have devastating long-term effects on the portfolios of many good people—if they don’t see this problem from a fresh vantage.

My best advice to deal with it is to use a system not based on the news at all.

If you use a trend following system, you automatically have a seat belt on for your own protection.

That keeps you from making portfolio decisions the next time CNN’s Don Lemon proffers that a missing plane may have entered a black hole.