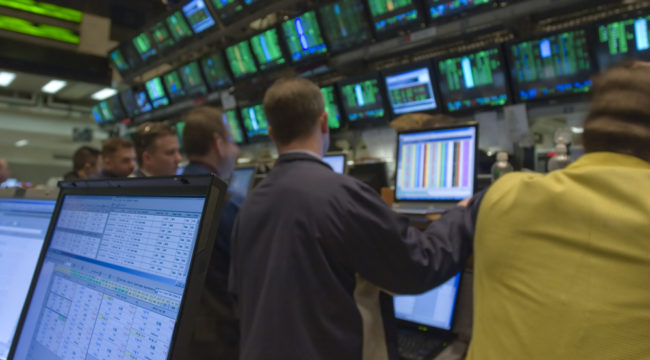 Is the Stock Market Set for a Massive Rally?

HSBC recently issued a “Red Alert” about an “impending” and “severe” decline in the stock market.

And UBS said the S&P 500 has reached a top. In other words, there’s nowhere to go but down—they say.

With the S&P 500 down -1.6% for the month, market sentiment is poor. And conventional wisdom says a collapse is coming.

The Dow and the S&P 500 index are on verge of three straight months of declines.

And October’s on course for the worst monthly stock market performance since January’s carnage after the Fed raised rates in December 2015.

And according to Mark Hulbert at Marketwatch, that could mean stocks are about to soar:

“Because by dropping in October, the stock market creates the preconditions for a significant rally through the end of the year. This year appears to be quite closely following at least the beginnings of that script.”

Hulbert reports that over the last 120 years, the Dow has gained an average of 6.8% from its lowest October close through December 31. That’s roughly a 40% return on an annual basis.

How to explain the outsized performance? Here’s Hulbert again:

“My hunch is that it’s a disguised form of the better-known ‘Halloween Indicator’ seasonal pattern (also known as ‘Sell in May and Go Away’)… Some of the biggest gains following a monthly low occur during the favorable November-through-April period—and some of the smallest during the unfavorable summer months.”

Nobody has a crystal ball to see if this stock market history repeats itself this year. But are you prepared to catch big gains if it does?

Profit From the Unexpected

Look, I understand if you are hunkered down sitting in cash preparing for a crash…

We’re in the midst of historic debt and asset bubbles. Economic growth is dismal. And the presidential race is a dumpster fire.

Uncertainty and looming risk are off the charts. The market is reflecting that.

But history shows us October weakness has led to big-time gains. And not everyone will capture that.

Let me be clear: I’m not suggesting that you buy and hope for the best. The market could crash from here. You could get wiped out if you have no exit plan in place.

My point is you should be protected against a market collapse AND be positioned to reap unexpected upside gains at the same time. Walk and chew gum at the same time? We must.

And as Hulbert showed, just when everyone thinks stocks have nowhere to go but down, they often shoot higher… especially after October weakness.

That’s why trend following is specifically designed to keep you invested to ride these waves higher. That’s what allows you to make the big bucks.

But a trend following system also comes with a built-in, rigid exit plan that limits the downside risk. Investing without an exit plan is the quickest way to lose all your money. I know that deep in my bones. You must too.

If your investment approach doesn’t have you prepared for the unexpected in either direction, it’s time for a new plan.