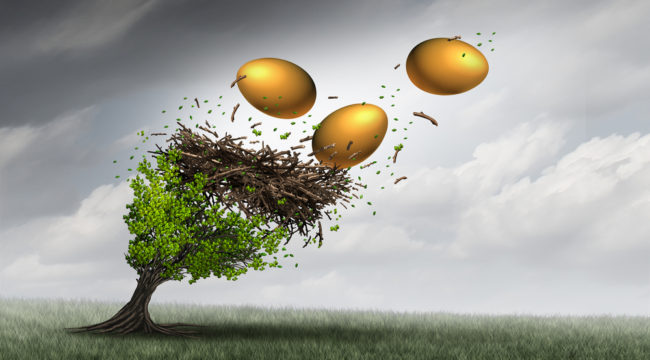 The nation’s largest retirement system is in serious trouble…

That means retirees will have to contribute more money to the plan to make up the difference in expected return.

This shortfall is just a small piece of the massive U.S. state and local pension funds deficits that are going to explode in the next decade.

And the total amount of the shortfall will astound you…

The Wisdom of Ayn Rand

Bloomberg reports that there is an estimated $1.9 trillion shortfall in U.S. state and local pension funds.

These government retirement systems aren’t going to be able to fix this colossal mess without workers and taxpayers footing the bill.

That’s going to cause a lot of pain for people like you.

And I hope you don’t think you can rely on Social Security to help fund the gap. It has a funding shortfall estimated at $13.4 trillion.

Government control over large swaths of our retirement system is about to become an unmitigated disaster that few retirees have been told is coming.

This hasn’t come as a surprise to those of us who believe in personal liberty and free markets.

In fact, this type of scenario is something Ayn Rand warned us about decades ago…

Rand was the Russian-American writer and philosopher who forcefully espoused the principles of Objectivism, or the belief in rational individualism, personal freedom and no interference by the state in our lives.

In this week’s podcast, I discuss Rand’s philosophy in detail, including her illuminating thoughts on the dangers of overbearing government, excessive regulation and the benefits of a society that is centered in self-reliance.