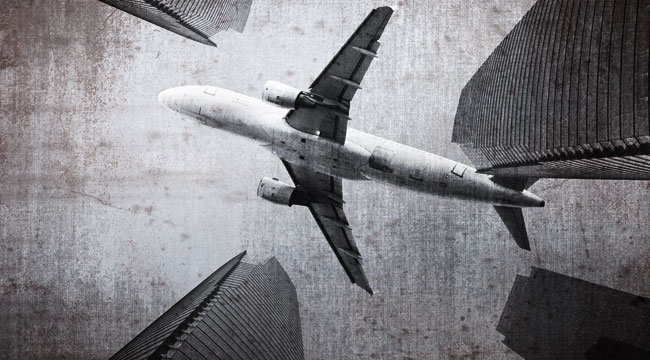 Dear rest of the world: Please know that it’s painful for us Americans to see what is happening in the case of Edward Snowden.

Here he is flying from Hong Kong to Russia — countries that seem like safe havens from the long reach of the U.S. empire. Where will he end up? Could be Iceland, Venezuela, or Ecuador. He needs someplace to go where the authorities can’t be intimated to turn him over to his jailers and possible executioners.

It’s either that or face the chair for doing the right thing. Even though I understand the corruption of the system — and I get just how bad things really are — it’s still hard to process. The law under which he has been charged dates from 1917, and its sole purpose was to destroy the peace movement of the time. As Woodrow Wilson said before the law passed, “Creatures of passion, disloyalty, and anarchy must be crushed out.”

And they were. If you spoke out against the war, you were arrested. Papers were effectively nationalized. Prices were controlled. Independent thinkers of all types were jailed. Actually, a number of Americans at the time fled to Russia for freedom and found themselves in the middle of the Bolshevik Revolution. Then, like now, the choice was the frying pan or the fire.

So yes, we know that America has not been itself for a long time. Maybe it never was. But still, we read the Federalist Papers. We read Thomas Jefferson. We read the Declaration, the Constitution, the words of Madison and Paine. We just can’t shake the idea that there is something to this notion that government ought to be limited and that people have the right to freedom.

He didn’t just assert all this. He proved it with vast documentation. And he blew the whistle because he thought that doing so might help bring change. I detect something like naivete in his voice. It’s like he still holds to the old ideals. Maybe he was paying attention in the civics class where they teach about the “Land of the Free” and things like that.

To say what he revealed is unconstitutional is a ridiculous understatement. This program utterly shreds not only the Constitution, but every notion of liberal society. If we had any truly democratic features remaining in our system, Snowden would be given total immunity to prosecution and asked to testify to Congress. Then Congress would get to the bottom of the scandal and gut the agencies that took advantage of public fear to enact totalitarian surveillance.

Alas, Snowden is on the run. But everywhere he goes, he releases more information. No matter how bad you think it is, it seems to get worse. While in Hong Kong, he showed journalists evidence that the U.S. government hacked Chinese mobile phone companies to read millions of text messages. It followed the communications of professors at Tsinghua University. It burrowed into the databases of Pacnet in Hong Kong, their version of AT&T.

These revelations come after years and years of kvetching by U.S. officials that China has been stealing U.S. trade secrets. Whether that is true or not (maybe they’ve made a mountain out of a molehill), just think for a minute about what Snowden’s information implies. Imagine if the shoe were on the other foot.

Let’s just say that a Chinese dissident came to the U.S. and provided The New York Times with proof that the Chinese communists had tapped the phones of our university professors, had been reading our text messages, and had burrowed down deep to have a direct passage to listen to our phone calls.

Can you imagine that response? There would be hysteria. Sermons from the pulpit on Sunday would once again attack the godless communists and their imperial ways. After a few weeks, we might even be close to all-out war. The American people would be absolutely beside themselves.

So you wonder why the Chinese people might be just slightly annoyed to hear this information. And then consider that the U.S. is hounding this leaker and demanding he be captured like a criminal and turned over to the U.S. for a thorough flogging, a life sentence in jail, or possibly even worse.

What’s mystifying is that all of this is happening under a president who ran on a platform of encouraging whistle-blowers. Maybe this promise was like Chairman Mao’s promise to let a hundred flowers bloom. Once they bloomed, he cut them down. Maybe Obama’s encouragement of whistle-blowers was designed to find the traitors and eliminate them.

I actually doubt it, really. In fact, I wonder how much Obama really can control the national security state at all. I’m not against blaming the president for anything and everything, and it’s true that he might have intervened to stop it — and he might have even personally approved it.

More likely, however, is the strange reality that no American really wants to admit: namely, that the president is a figurehead. A glorified PR man for the state, and not a godlike central planner in charge of all things. There are only so many hours in a day, and most of the president’s days are filled with defending himself, keeping his entourage together, putting the gloss on the elites and their policies, and meeting people and the like.

The system is much bigger than one man, and that one man that everyone trumpets is mostly a bit planner, a survivor who watches the clock and worries what the history books will say about him.

In the day-to-day machinations of the state, we are largely ruled by bad laws and legislation enacted by people long dead — the worst of it passed 100 years ago — and they are enforced by bureaucrats and players today who are not subject to any aspect of the democratic system. This combination of legislative cruft plus bureaucratic inertia on behalf of public and private elites is the real source of the tyranny of our times.