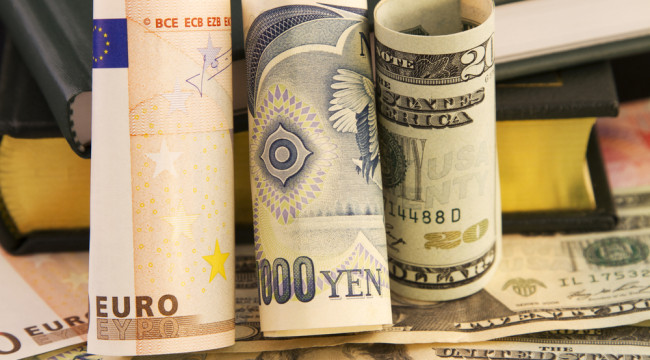 Should We Start Saving the “Chinese Dollar”?

Four weeks ago, the International Monetary Fund (IMF) announced that the Chinese renminbi (aka yuan) would join a group of other currencies to comprise what’s called the SDR (Special Drawing Rights) basket. This led some pundits to speculate that this step was a sign that the renminbi would inevitably replace the US dollar as the world’s “reserve currency.”

Having reserve currency status is a big deal. Because the terms of the 70-year-old Bretton Woods Agreement basically made the US dollar the world’s reserve currency, the US essentially sets global monetary policy. Foreign banks, businesses, and governments have no real choice but to hold trillions of dollars to facilitate trading and settle debts.

In other words, reserve currency status creates huge demand for dollars worldwide. And that’s a huge advantage for the US, because it allows its government to build up enormous budget deficits, year after year, without eroding the value of the dollar or raising interest rates.

But there’s no sign that will happen anytime soon. The US dollar is trading at multi-year highs against all major currencies, including the renminbi. Its upward momentum accelerated last week when the Federal Reserve announced its first interest rate increase in almost a decade.

It’s true that China has put in place a number of initiatives that are a possible path to reserve currency status. For instance, in 2014, Russia and China agreed to settle debts in their own domestic currencies, cutting dependence on the US dollar. China has signed agreements with Singapore and the European Union providing for direct settlement of debts in renminbi, not dollars. And the addition of the renminbi to the SDR club means that central banks will start holding this currency as part of their reserves.

But despite these initiatives, the renminbi is nowhere close to becoming the reserve currency. To begin with, about 43% of global trade is conducted in US dollars, although that percentage is slowly declining. In contrast, only 2.5% of global trade is denominated in renminbi, and the vast majority of these transactions go through Hong Kong. Stripping out Hong Kong, the volume of renminbi settlements is only about 0.8% of global trade volume. That’s less than the nearly invisible Thai baht (0.9%).

A key requirement for a reserve currency is that it be freely convertible. And the renminbi is nowhere close to meeting this criterion. China has imposed strict exchange controls for decades and actually tightened them in recent months. The government limits how much cash residents can take out of the country. It requires advance approval before allowing international companies to invest in China’s capital markets. In addition, the Chinese central bank doesn’t permit the renminbi value to float, although it is gradually loosening this restriction. If the central bank suddenly allowed the renminbi to float freely, its value would fall precipitously; many economists believe the currency is significantly overvalued.

In contrast, the US has no controls of this type in effect… although the president could impose them at a stroke of a pen.

The bottom line is that the US dollar is likely to remain the world’s reserve currency, perhaps for decades to come. And while there’s little doubt its value will fluctuate in global markets, there’s little likelihood of a “dollar collapse” in the foreseeable future. I understand that may not be a popular sentiment among many of my readers, but I see no real evidence to the contrary.

Does that mean you should liquidate all of your non-US dollar investments and hold them exclusively in dollars? Not at all. Rather, I suggest you take advantage of dollar strength to make investments in countries whose currencies have fallen precipitously against the dollar in recent years.

Emerging markets have been hit the hardest. Currencies even from countries like Brazil, Russia, and Colombia are trading at the lowest level against the dollar in 15 years. The strong dollar has also made Thailand, Malaysia, Turkey, South Africa, and many other countries relatively cheap in US dollar terms.

If you have income or assets in US dollars, now is the best time in many years to diversify internationally. And if you’re a retiree looking for a millionaire lifestyle on a fixed income, living overseas is definitely worth considering.

What are you waiting for? The strengthening dollar has significantly reduced the foreign exchange risks of international investments for Americans. There’s no better time than now to “go offshore”!