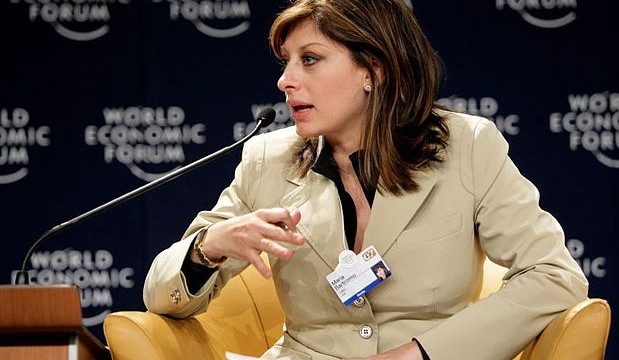 The Shocking Video the Media Doesn’t Want You to See

You’re about to watch a short clip about the “Money Honey.”

That’s her nickname. She came to fame as the face of CNBC during the frothy days of the dotcom boom in the late 1990s.

Her name is Maria Bartiromo, and she’s one of the most prominent financial journalists in the world.

Whenever there’s an important financial issue in the news, Bartiromo’s the person Fox turns to for wisdom and perspective… just as she was at CNBC.

When I was directing my documentary “Broke: The New American Dream,” I reached out to Bartiromo to schedule an interview. My guest list already included famed fund managers, Nobel Prize winners and other media stars.

She was a perfect fit.

After all, the film was about how trusting the government, TV shows and big brokerage firms for financial advice had decimated millions of investors. She surely had something to offer.

Bartiromo must have thought so too. She agreed to an interview with me months in advance. But then something weird happened.

And I caught it on camera. The video link is below.

The Truth about the “Money Honey”

In the video, it’s clear she didn’t want an open-ended discussion. You know, the ones that journalists insist on when they do their own reporting.

Bartiromo needed to know what the conversation was going to be about beforehand. She wanted no surprises—even though that had already been revealed to her and CNBC in advance.

So basically there’d be no truth telling… no cutting through the spin… and no naming of names to hold those responsible for the financial crisis accountable.

Maria had her image and her access to the machine to protect.

For me, that experience was yet another glimpse behind the curtain of the workings of today’s financial media, which leads me to the podcast below…

Today I’ll walk you through a handful of CNBC interview snippets with my friend and legendary trader David Harding.

Harding is the founder of Winton Capital Management. He’s one of the world’s most successful traders… and he’s a committed trend follower.

Harding started trend following trading in October 1997, with just three employees and less than $2 million. Today, Winton Capital employs over 400 people and has over $30 billion in assets under management.

David and I walking in the streets of London 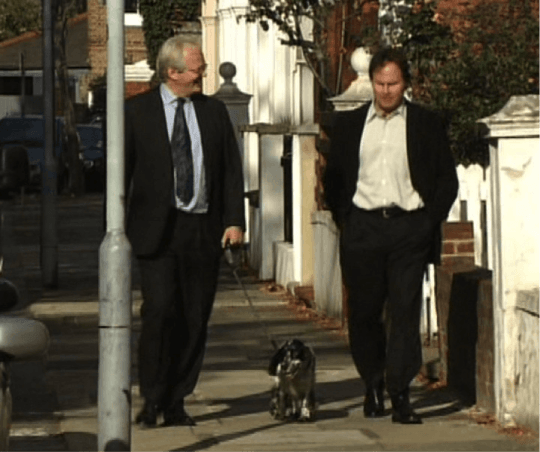 Harding’s trend trading has produced on average nearly 20% a year for 20 years, netting him a personal fortune north of $1 billion in the process.

It’s safe to say that trend following trading has served him and his clients well.

With such a successful track record, you’d think he would get some respect from the media.

But that’s not the case. You’re about to hear a shocking display of ignorance of and hostility to trend following from some of the so-called leading financial journalists in the country.

What today’s podcast reveals is many journalists today are just part of the machine.

Reporting on the next “hot” stock picks and “fearless” (and wrong!) predictions on the direction of markets is what keeps the viewers watching and their paychecks rolling in.

They realize if the masses begin to discover how successful trend following actually is, there’d be no need for financial media’s “investotainment.”

But more important than all that, today you get to hear from David Harding himself, one of the world’s great traders.

You get to listen to how he thinks, how he trades and how he responds to the insanity that makes up much of today’s financial “journalism.”

I think you’ll really enjoy today’s podcast. Even though it’s not recorded recently, its lessons are timeless.

Please send me your comments to coveluncensored@agorafinancial.com. I’d love to hear your thoughts. Let me know exactly what you think. Don’t sugar coat it!