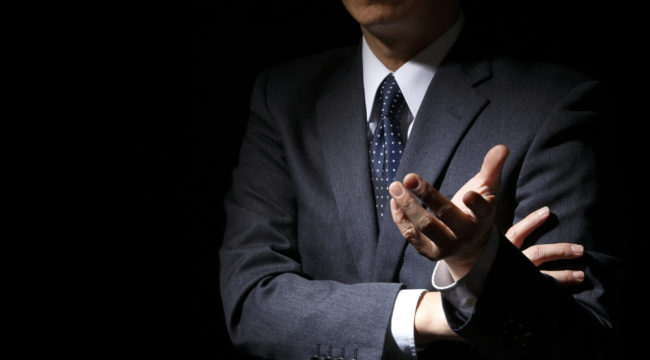 Shocking Confession From a Dirtbag Banker

Every once in a while, the true intentions of the ruling “elite” are accidentally revealed…

When it happens, they’re called gaffes, which writer Michael Kinsley famously defined as “when a politician tells the truth – some obvious truth he isn’t supposed to say.”

Yesterday, we saw a major gaffe committed by the second-in-command at the Federal Reserve…

His name is Stanley Fischer.

And in an interview with Bloomberg TV, his loose lips revealed a truth that I’ve been railing about for years: Modern monetary policy is one big sham…

When the Bloomberg reporter asked Fischer about the effectiveness of negative interest rates in Europe and Japan, here’s his stunning reply:

“We’re in a world where they seem to work,” Fischer said, noting that while negative rates are “difficult to deal with” for savers, they typically “go along with quite decent equity prices.”

The Wall Street Journal reports the obvious that consumers are spending less and saving more in Germany and Japan since NIRP. And in Denmark, Switzerland and Sweden, savings are at their highest since 1995.

Plus, inflation has declined since NIRP was foisted upon Japan in January 2016. The same applies to Europe since NIRP was launched there in June 2014.

Besides those failures, negative rates are flat out decimating banks…

Because of NIRP, banks effectively have to pay the central banks to hold cash on their balance sheets. At the same time, they can’t charge high rates on the loans they make. As a result, they’re getting squeezed on net interest margins.

This squeeze has led to big declines in bank profitability…

Thirteen of the largest publicly traded European banks have seen profits decline by 20% since NIRP.

And the Bank of Japan’s negative rates are projected to cost Japan’s three largest banks $3 billion in profits through March 2017.

These big profit declines are weakening banks’ ability to extend loans, the exact opposite of what NIRP was supposed to do.

But deep down we all know what NIRP was created to do… fleece you broke when the next crash hits.

The Only Piece of Data the Fed Uses

Look, when you consider the economic indicators it was supposed to influence, NIRP has failed. It’s made things worse, not better.

So why would Fischer say negative rates “work” in the face of this evidence? That’s where the gaffe comes in…

The obvious truth Fischer wasn’t supposed to reveal was these extreme central bank monetary experiments aren’t meant to address crucial economic fundamentals at all. They’re meant to prop up stock markets… and that’s it.

Fischer says this point blank in his interview. He sees negative rates as a success because they “go along with quite decent equity prices.”

Never mind that NIRP has done the opposite of the stated economic goals and has devastated savers and retirees in the process.

So now that one of these dirt bag bankers has finally admitted the simplistic nature of their efforts, can we finally stop pretending that these characters make critical interest rate decisions based on reams of economic data and sophisticated models?

Fischer’s slip of the tongue reveals that modern monetary policy success depends on just one thing: pushing stocks artificially up.

I don’t know about you, but I just fastened my seatbelt.

Please send me your comments to coveluncensored@agorafinancial.com. I want to know what you’re thinking.