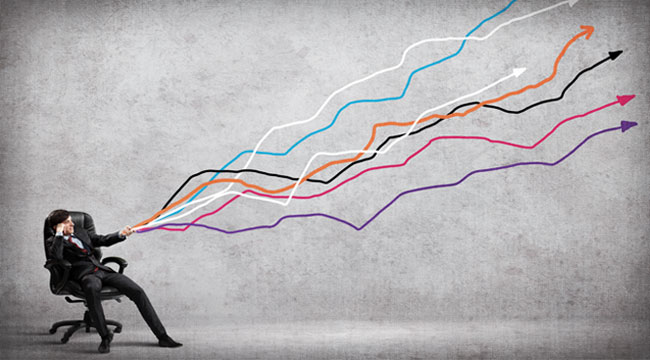 A Foretaste of a Shock Trump Victory, in Three Charts

[Editorial Note: The nation’s future hangs in the balance this election. That’s why we are sending out TRUMPED! A Nation on the Brink of Ruin… and How to Bring It Back to every American who responds, absolutely free. Click here for more details.] 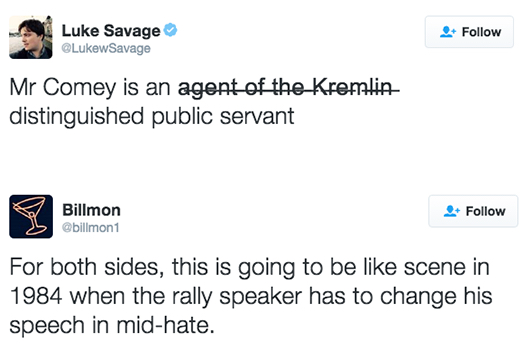 Leave the politics aside for the moment: By taking Mrs. Clinton off the hook again, FBI chief James Comey has just amped up the risks to global markets.

Yesterday’s news has brought a certain, umm, complacency back into the markets: “Markets Rally as Investors Bet on Clinton Win,” says a Financial Times headline.

Stocks rallied last night in Asia, overnight in Europe and this morning in the United States. Really, it’s a helluva “relief rally,” to use the trendy term — the Dow industrials are up 335 points as we write, to 18,224. The dollar rallied, too.

But safe havens like Treasuries, the Japanese yen and gold tumbled — the Midas metal slipping $15 the moment electronic trading opened for the week. At last check, the bid is even lower, at $1,279.

The salmon-colored rag says it all adds up to “a sign investors are betting a Clinton victory will avoid the policy turmoil that could ensue if rival Donald Trump wins Tuesday’s election.”

We’ve seen this movie before. Less than five months ago, in fact.

We cited that very headline. We also cited the novelist Vladimir Nabokov’s observation that “Complacency is a state of mind that exists only in retrospective. It has to be shattered before being ascertained.” And we shared a less cerebral version of the same idea… 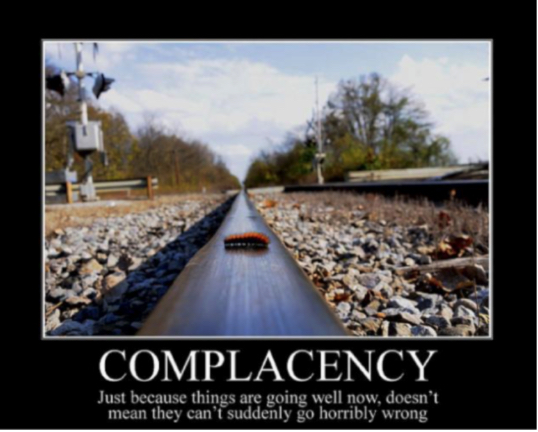 “Once markets decided to price for ‘Remain,’ this became one of the best trading opportunities I’ve ever seen,” Jim Rickards recalled. In the space of 72 hours, one Brexit-related trade leaped 64%. Another more than doubled, up 129%.

Even if the “Remain” side won, the complacency was so widespread the trade would have still been profitable — the sort of “asymmetric” trade Jim finds irresistible.

Still, Jim’s methods require constantly checking and rechecking your assumptions in light of new information. That’s the key to his techniques that proved so lucrative with Brexit.

The latest polls give Clinton a lead of four or five percentage points over Donald Trump.

On the other hand, the Los Angeles Times poll we mentioned last week — it uses an unconventional methodology and came closer than anyone else to nailing Obama’s margin of victory in 2012 — gives Trump a substantial edge: 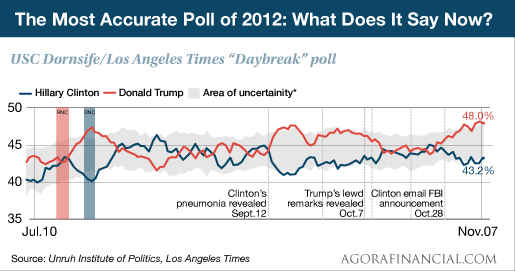 You don’t have to look far for anecdotal evidence to back that up. The ongoing email furor is such that “I’m crossing party lines,” a registered Democrat in Florida tells NBC News. Adds Vice reporter Michael Tracey, “I’ve heard many variations of this basic rationale from voters of all stripes throughout Pennsylvania, Ohio and North Carolina.”

Said Jim Rickards in this space on Friday, “The election will definitely be close, and we see strong evidence that Trump will win.”

But just what would a Trump victory mean for the markets?

That’s easy. It would be an earthquake.

And you don’t have to recall the two-day, 850-point drop in the Dow that followed the Brexit referendum in June. You just need to go back 10 days to when FBI chief James Comey announced Clinton was once again under investigation and suddenly it looked as if Trump might pull out a victory.

“All three major U.S. stock market indexes fell in reaction to the news,” Jim recalls, “before bouncing back later in the day: 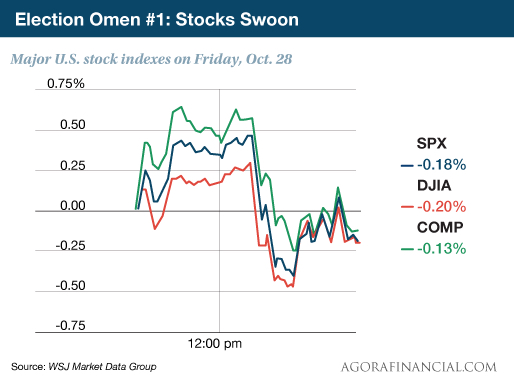 “Gold also rallied sharply when the FBI news was disclosed,” says Jim. “Donald Trump is the first major presidential candidate to speak favorably about the role of gold in the international monetary system since Ronald Reagan in 1980: 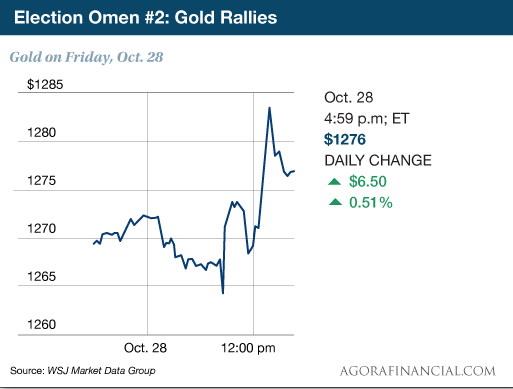 “Finally,” Jim reminds us, “the Chicago Board Options Exchange (CBOE) Volatility Index spiked over 5% in just minutes when the FBI news broke: 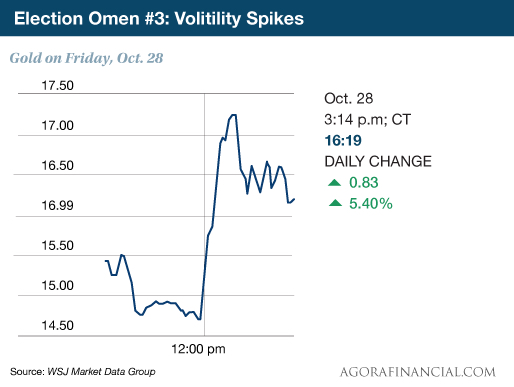 “None of these price shocks was equivalent to what will happen in the event of an actual Trump victory,” says Jim.

“Based on events during the afternoon of Oct. 28, it’s easy to see how much greater the market shock will be when Trump wins.

“The U.S. presidential election is close and could go either way, although we expect Trump to win a narrow victory. What is not close are market expectations, which still skew heavily in favor of a Clinton victory. That sets up a ‘heads you win, tails you don’t lose’ scenario. Those are the best kinds of trades.”

P.S. The Election’s One Day Away.

David Stockman has repeatedly said, Trumped! A Nation on the Brink of Ruin… And How to Bring It Back wasn’t a book he was intending to write. But absolutely had to. It is worth repeating again: America faces impending dangers that every voter should know about before the presidential election just six days from today.

Whether you love or hate Trump or Clinton, every American deserves to know the truth about the imminent dangers facing their wealth.

That’s why I’m holding a FREE copy of this book in your name. If you haven’t gotten yours yet, I just need your permission (and a valid U.S. postal address) to drop it in the mail.

This special edition has important material not available anywhere else in the world. Not online through Amazon. And not in any brick-and-mortar bookstore.

Click here to fill out your address and contact info. The book will arrive at your doorstep in just a week or two. And please share it with friends and family. It’s that important. Thanks for reading.